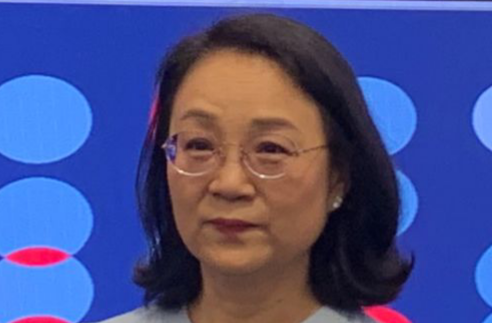 Zhong Huijuan is a Chinese businesswoman and the founder of Hansoh Pharmaceutical Group, a Chinese producer of psychotropic drugs. She also serves as the chairman the company. Based in Lianyungang, Jiangsu province, Hansoh Pharmaceutical Group produces medicines to treat conditions such as tumors, infections, diabetes, and diseases of the nervous system. Zhong Huijuan is considered one of the wealthiest women in the world. Supported by her remarkable intelligence and leadership skills, she has morphed her company into one of the biggest drug-making business ventures in the world. Read on to discover her biography, business career, and how she has made her billion-dollar fortune.

Zhong was born in China. She attended Jiangsu Normal University formerly known as Xuzhou Normal University in Xuzhou) and graduated with a bachelor’s degree in chemistry in July 1982. According to the All-China Women’s Foundation, she worked at Yan’an middle school in Lianyungang in the early 1990s, where she taught chemistry. In December 2005 Ms. Zhong graduated from Nanjing University, earning her Executive Master of Business Administration (“EMBA”). 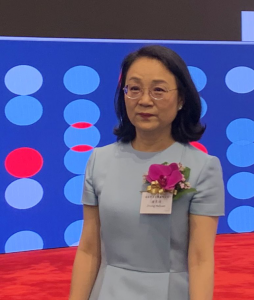 From 1994 until the founding of Hansoh Pharmaceutical Group, Zhong Huijuan served at Lianyungang Drug Administration. Zhong Huijuan is the founder of Hansoh Pharmaceutical Group. In September 1998, she was named the director of the company. This role made her tasked with the responsibility of the strategic development and planning of the company, as well as sales and decision making, overall operations, supervision of key management issues, and board governance. Ms. Zhong has been active in the pharmaceutical industry for many decades, and now boasts of approximately 30 years of experience in the industry in China. She has significant experience in pharmaceutical enterprise operations and administration, as well as widespread industry knowledge on the improvement and development of the company’s oncology and psychotropic medicine portfolio in their relevant therapeutic areas.

Zhong has been responsible for the overall development of the Hansoh Pharmaceutical Group since its establishment. Under her leadership, the company has transformed one of the very few R&D-driven pharmaceutical companies in China with an established management position in some of the biggest and fastest-growing curative areas in China with momentous unmet clinical needs.

Huijuan has mentioned that the support from Chinese government plays a vital role in her success. According to the Hansoh Company, health care spending in her country has surged to an estimated 5.9 trillion yuan ($852 billion) in 2019 from 3.5 trillion yuan in 2014, and is predicted to top 9.4 trillion yuan in 2023. The company researches and manufactures many useful drugs in areas like diabetes, oncology, and cardiovascular, and gets almost half of its revenue from cancer treatments.

Under the leadership of its founder Zhong Huijuan, the Hansoh Pharmaceutical Company was in 2014, recognized by China Pharmaceutical Enterprises Association and the China Chamber Of Commerce for Import & Export of Medicines & Health Products as a “Leading Enterprise in the Internationalization of Pharmaceuticals”. The drug maker has turned out one of the biggest brands in the pharmaceutical industry and continues to expand to various significant areas.

Zhong has at various times been named among the richest people in the world. As of today, she is recognized as one of the ten wealthiest women in the world.

Zhong Huijuan who chairs Chinese drugmaker Hansoh Pharmaceutical, has been married to Sun Piaoyang for years. They have a daughter named Sun Yuan. Her husband, Piaoyang, is also a pharmaceuticals billionaire and manages the Shanghai-listed Jiangsu Hengrui Medicine. Ms. Zhong owns more than three quarters of Hansoh Pharmaceutical Group with her daughter, Sun Yuan.

Zhong Huijuan is a Chinese businesswoman and chair of Hansoh Pharmaceutical who has managed to build up a net worth of $20 billion. She is best known for being the chair of drug maker Hansoh Pharmaceutical. Her company, based in Lianyungang, went public in the year 2019 on the Hong Kong Stock Exchange. She makes quite a lot of money from managing this company. As Executive Chairlady of the Board and Chief Executive Officer of Hansoh Pharmaceutical, the total salary she carts away with is an estimated HKD$23,546,000. There are no executives at the company getting paid more.

According to the Bloomberg Billionaires Index, she is currently the wealthiest self-made Asian woman with a massive $20 billion fortune. The immensity of her wealth has been amassed from her stake in Hansoh Pharmaceutical Group, the company she founded, which is now China’s leading manufacturer of psychotropic drugs. Zhong founded the Hansoh Pharmaceutical Company in 1995, and overtook the chairman of Longfor Group Wu Yajun to claim the self-made title. She is regarded as the second-richest woman in the whole of Asia, just behind Yang Huiyan, the co-chairman of Country Garden Holding who made her huge fortune by inheritance. The size of her wealth puts Zhong Huijuan net worth above each of the four Mars sisters, whose fortune comes from the candy business created by their great grandfather. Her fortune also far surpasses that of Christy Walton, the wife of the second son of Sam Walton, as well as Blair Parry-Okeden, grandchild of the man who established the Cox Enterprises media conglomerate.

Zhong’s wealth has now exceeded that of her husband Sun Piaoyang’s separate $9.4 billion from his pharma company Jiangsu Hengrui Medicine. The combined wealth for the couple makes them one of the richest pharma families in the world, rivaling the Bertarellis of Switzerland who are reportedly worth $16.3 billion, and the Sacklers, who earned their wealth by selling opioids.