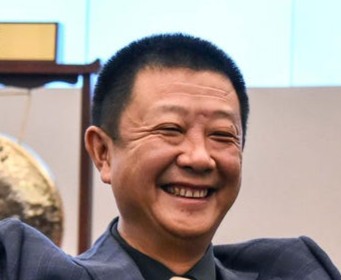 Restaurateur Zhang Yong is a Singaporean Chinese billionaire who has been hailed as one of the most hardworking and successful men in his country. He is best known as the founder and owner of the renowned Haidilao International Holding Limited restaurant group, which is best known for its Hai Di Lao string of hot pot restaurants. By the end of the year 2018, Haidilao Hot Pot had about 466 direct-operated stores running in more than a hundred cities across the world. Mr. Zhang also holds majority stake in Haidilao Catering, Yihai International, and Hai Di Lao International Holding.  Read on for details on his early life, professions, business models, family and current financial data.

Zhang Yong was born around 1969/1970, and was raised in Jianyang, Sichuan, China. His parents took care of him and provided him with the basic things hee needed for his upkeep and survival until he attained maturity and became capable of taking care of himself.

Initially, he started out as a welder and was dedicated to his duties as it was his only means of earning. He has mentioned that he never ate in a restaurant until he reached 19 years of age. He also worked in a tractor factory back then in order to put food on his table.

After quitting his job at the tractor factory in 1994, Zhang Yong opened a small restaurant with just four tables to seat patrons. His restaurant was the first Hai Di Lao, which was co-established by the couples Zhang Yong and his wife Shu Ping, and another couple Shi Yonghong and Li Haiyan.

Their restaurant quickly became well known to the extent it became the largest hotpot restaurant around town.

In 1998, a second restaurant, Lou Wai Lou, was opened. In 2010, the company launched its own training institute of restaurant management.

In 2013, the Hai Di Lao opened for the first time in the United States, in Los Angeles precisely. Today, Haidilao Hot Pot has more than 500 direct-operated stores running in many cities across the world.

Zhang Yong is highly ranked as one of the wealthiest men in the world. He has been named by Forbes as the richest restaurateur in China, as well as the third richest man in Singapore.

Mr. Zhang has been married to Shu Ping. She is a co-founder of Sichuan Haidilao Catering, and currently serves as a non-executive director of the company. They are naturalized Singaporean citizens, and live in Singapore with their only child.

On any complete list of the most successful restaurant owners in the world, you’ll certainly find the name of Zhang Yong, as he is a Chinese Singaporean restaurateur, businessman and entrepreneur who has made money from his flourishing restaurant business. His net worth currently stands at $15 billion, and it has allowed him to be listed as the third richest man in Singapore and the richest and most successful Chinese restaurateur.

Zhang Yong, born in Jianyang, Sichuan, China, has achieved widespread fame for his internationally reputed Hai Di Lao chain of restaurants. He started his life from the ground and worked several odd jobs to put food on his table, including working at a welding workshop and a tractor factory. He eventually founded a small restaurant in his town, along with some assistance from his wife and another couple. Today, their business has gone global with more than 500 Hai De Lao hot pot restaurants in many cities across the world. He has even opened a training institute which exists to train chefs and the younger generation in the art of cooking and running a restaurant business.

In addition to his profession as restaurateur, Zhang Yong is also an author. He is known to be responsible for the masterpiece ‘Learn from Hai Di Lao’ which was published in 2011.

While there are no official awards and honors associated to this man’s name, he is widely reputed for what he has achieved as the founder and owner of the renowned Haidilao International Holding Limited restaurant group, which is best known for its Hai Di Lao string of hot pot restaurants. He is remarkably successful in his line of business and has been listed by Forbes magazine and other media outlets in many lists, including most influential people in business, most successful restaurateurs, world’s wealthiest businessmen, and so on, as a testament of his outstanding achievements in the world of business. Having made it to the top despite going through lower stages in the beginning of his life, Zhang Yong’s success story is that of ambition, focus, hard work and motivation, and will continue to inspire the younger generation.