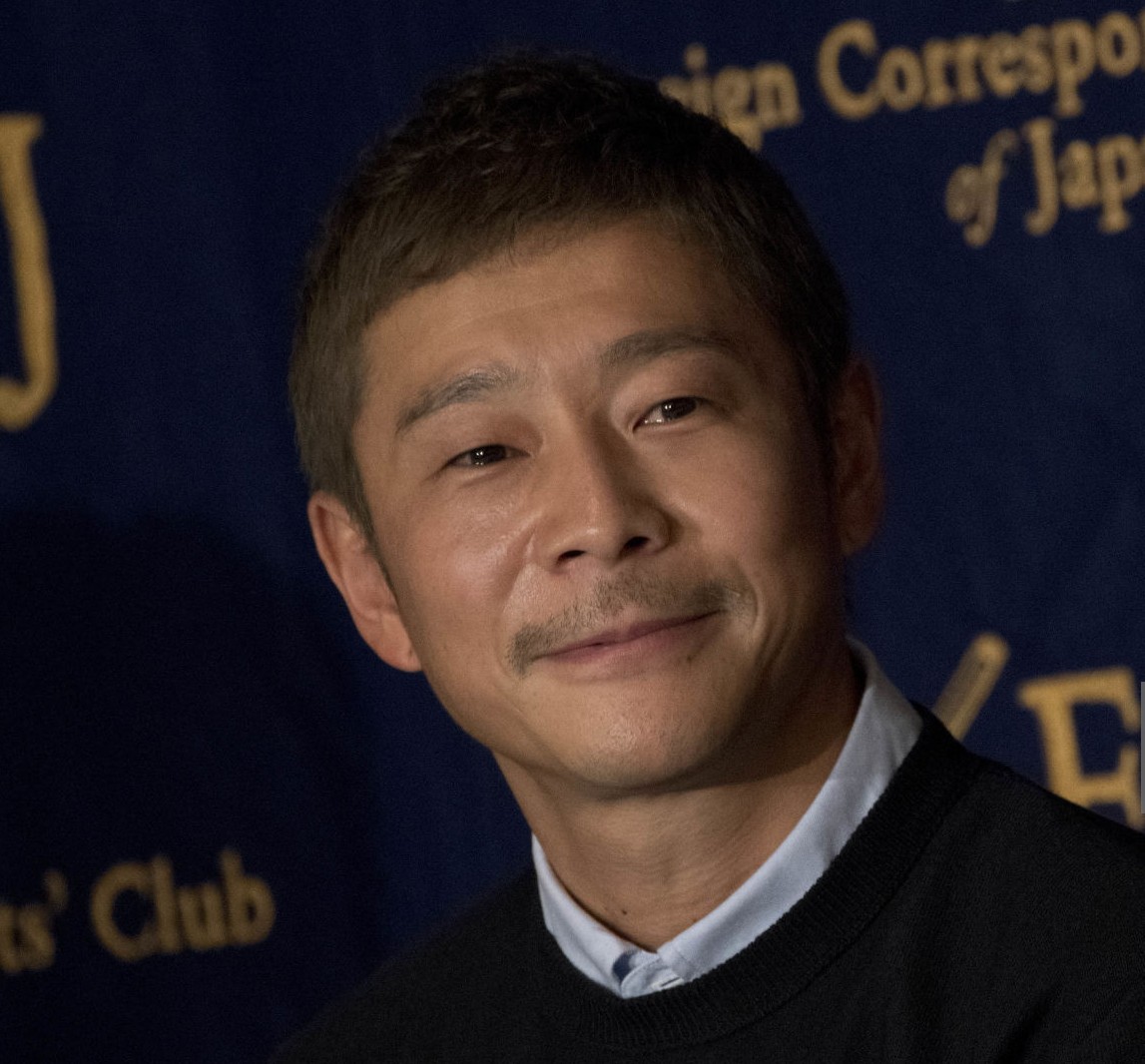 Yusaku Maezawa is a Japanese entrepreneur best-known as the first ever commercial passenger due to take a flight to the Moon. On September 17, 2018, it was announced by the American space transportation services company, “SpaceX”, that Yusaku would be a private tourist to fly to the Moon on their purposelydesigned “Big Falcon Rocket” (BFR). The Japanese businessman is also known as one of the leading businessmen in Japan and owner of “Zozotown”, the popular online fashion website. He also has a strong presence on social media as his verified pages has several thousands of followers. Yusaku Maezawa net worth in 2020 is $3 billion.

Yusaku Maezawa (前澤 友作, Maezawa Yūsaku) was born in Kamagaya, Chiba Prefecture, Japan on November 22, 1975. He was enrolled at ‘Waseda Jitsugyo High School,’ where he was a member of a band named ‘Switch Style’, and together released an extended play in 1993. Upon completing his high school studies, Yusaku moved to the United States with his girlfriend. In the States, he started collecting CD’s records and, which would later become the foundation for his first company. In 1995 he returned to Japan and started his maiden company, which dealt with selling imported albums and CDs of popular musicians. This business of selling foreign music through mail was a successful one, and it encouraged Yusaku to start up similar business plans. 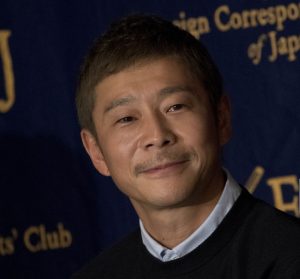 With the money realized from his maiden business, Yusaku established a company called ‘Start Today’ on May 21, 1998, and within the next two years, his company had begun the sales of clothing on an online platform. Four years later, his company ‘Start Today’ launched ‘Zozotown’, its retail clothing website, which would go on to to be known as one of the largest fashion retail websites in all of Japan. Soon, the company launched brands, such as ‘Zozosuit’ and ‘Zozo’, and became a huge online retail brand in the country. ‘Zozosuit’ offers custom-fit clothes, and now has customers in over 72 countries. The head office of ‘Start Today’ is presently located at Chiba, Japan.

In 2012, Yusaku Maezawa following his love for art, founded the “Contemporary Art Foundation” in a deliberate attempt to support contemporary and young artists. He has always been an art enthusiastic and keeps an incredible collection of arts from all parts of the world. At an auction in 2016, he bought lots art works of artists such as Jeff Koons, Alexander Calder, Richard Prince, and Bruce Nauman. He created a awareness at the auction by buying a work by Jean-Michel Basquiat for a record sum of $57.3 million. Over a two-day period he spent more than $98 million at the auction. In May 2017, he grabbed the media attention once more when he broke the world record for the most expensive purchase at an auction when he bought another  work of Jean-Michel Basquiat for a massive $110.5 million. He has plans to open a museum in Chiba where he’ll put  his extraordinary collection of art on display.

Yusaku Maezawa’s love for art is such that he has decided to allow a small group of artists follow him in his first trip to the Moon. On September 17, 2018, it was announced by the American space transportation services company, “SpaceX”, that Yusaku would be a private tourist to fly to the Moon on their purposelydesigned “Big Falcon Rocket” (BFR). The company is  confident of conveying its customers to the Moon, with Yusaku Maezawa as its first passenger. The flight is set to happen in 2023, and Yusaku has started a project titled ‘Dear Moon.’ According to the project, a number of artists like fashion designers, Film directors, painters, and musicians will fly to the Moon along with him. He aims at inspiring artists worldwide through this project.

Apart from art and business, the Japanese billionaire is also passionate about music. During his days in school, he played the drums as part of a small band which released their EP in 1993. His band went on to sign record deal with major record label ‘Bertelsmann Music Group’. Although he has a strong presence on social media as his verified pages has several thousands of followers, Details regarding Yusaku Maezawa’s private life and relationships are obscure though he is currently divorced with three children.

Perhaps best known for establishing the popular online fashion retail website “Zozotown”, Billionaire businessman Yusaku Maezawa founded ‘Start Today’ in 1998, launched ‘Zozotown’ in 2004, and it has become one of Japan’s largest online fashion retail website. With the introduction of his  custom-fit apparel brand “Zozo”, and the at-home measurement system “Zozosuit”, Yusaku’s wealth began to grow without control. The company “Zozotown” is listed on Tokyo Stock Exchange and he resigned after selling 50.1% of his company for $3.7 billion in 2019. He has also sold 30% of his personal stake.

He left his music career in 2001 and decided to focus in business. Sixteen years later in 2017, Forbes estimated Yusaku Maezawa net worth is around $3.6 billion, making him one of the wealthiest business tycoons of Japan.