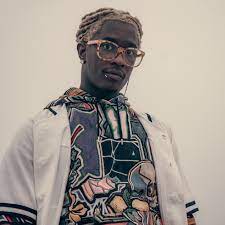 Young Thug has made fame and a massive income from his lucrative career as a rapper. Known for his fashion and eccentric vocal style, “thugger” first received attention for his collaborations with rappers Birdman, Rich Homie Quan, and Gucci Mane.

Jeffery Lamar Williams, famous as Young Thug, was born in Atlanta, Georgia, United States on 16th August, 1991. He is one of the eleven children of his mother. His siblings had different biological fathers, and together, the family dwelled in the demolished Jonesboro South projects.

Young Thug was the second youngest of all the children, and his sister, the youngest child in the family shares the same father with him. While growing up, it was difficult to cope, as his mother had a tough time providing for all the children.

He grew up amidst crime. His elder brother was shot to death before his very own eyes and one of his brothers, after being accused of murder, is still serving jail time. He attended primary school up to sixth grade before he was expelled from school for breaking his teacher’s arm and spent four years in juvenile detention.

As a teenager, Young Thug developed bad habits and gambled like his brothers. Soon, he embraced violence and drug addiction. By the time he was 17 years old, he became a father, around the same time he started to realize his talent for rapping and music.

Beginning of His Career

After Young Thug decided to try his luck with music, he initially released some independent mixtapes starting in 2011 with I Came from Nothing. This mixtape impressed Rapper Gucci Mane who thought thugger’s work was unique and identifiable and quickly signed him onto his record label.

In 2013, Young Thug released his second  mixtape under Gucci Mane’s banner, 1017 Thug. His songs proved a big hit, received good reviews, and was listed on Pitchfork’s Albums of the Year. After receiving much acclaims and praises for his efforts, he released Stoner and Danny Glover, two songs which were big hits and were remixed by several known DJ’s and rappers.

However, he disapproved of the remixes of his song. He went on to fortify his position in the industry by collaborating with big artists such as Trick Daddy, Danny Brown, Alex Tumay, and even Travis Scott.

After Young Thug’s efforts with Gucci Mane paid off with success, the following year 2014 was one of the most rewarding for him. Following a speculation of a record deal worth 1.5 million dollars with Birdman’s Cash Money Records, Birdman announced that thugger had only signed a management deal. He recorded songs under Gucci Mane’s label, ‘1017 Brick Squad’ with Rich Homie Quan, Kanye West, and Chief Keef.

In March 2014, Young Thug declared that he was working on his first album which will be titled Carter 6, as a testimonial to his admiration for Tha Carter, Lil Wayne’s hit album.

Owing to his freestyle ways, Young Thug quickly began recording new songs. Unfortunately, a data glitch led to a leakage of the songs of his album. His songs went viral and to resolve the problem, he immediately released two mixtapes named – Slime Season and Slime Season 2 to recover his loss.

To make matters worse for him, Lil Wayne who wasn’t too pleased with thugger’s statement about dedicating his first album to him took a legal path, and the matter was finally settled in court. Thereafter, thugger released a mixtape instead of the intending album and named it ‘Barter 6’, before changing it’s name to ‘HiTunes’ under Atlantic record label.

After the release of the Barter 6 mixtape, Young Thug had a meeting with rapper Kayne West who was very impressed by thugger’s style and went on to compare him with Bob Marley.

In 2016, Young Thug dropped his first EP titled I’m Up, once again rocking the music charts in America. He released another mixtape called Slime Season 3, bringing the leaked tape fiasco to an end. In the middle of that same year, he organized a tour along with Dae Dae, TM88 and Rich the Kid for his HiTunes mixtape in the united States. His eloquent fashion sense during the tour made him a fashion sense, and he made it to ‘Calvin Klein’s fall collectíon 2016’.

Young Thug’s work rate and overall performance in the music business has earned him wealth, worldwide popularity, several award nominations. He is credited to two MTV Video Music Awards – in 2017 and 2018. He won a “song of the year” Grammy Award in 2019 for his contribution on Donald Glover’s song This is America.

He has won 3 American Music Awards, 3 UK Music Awards, and a handful of others. With offers piling up from several record labels, Young Thug seems focused on his intended YSL Records sometime soon.

Although Young Thug achivements has made him a wealthy celebrity, he has not been able to keep himself away from the life of crime. In 2015, he was arrested and charged when he threatened to end a guard’s life at an Atlanta mall.

The loathing between Young Thug and Lil Wayne, alongside Birdman and Jimmy Winfrey was taken to the next level when the three rap stars were charged with conspiring murder after Jimmy Winfrey opened fire during one of Wayne’s events.

At 29, Young Thug has 6 children from 4 different women. He is currently engaged to Jerrika Karlae who manages a swimsuit line.

Since his debut in the Music Industry, followed by his breakthrough and rise to stardom, Young Thug net worth has often been a subject of wide speculation.

This is perfectly expected as he is one of the most popular rappers in the world today, and has collaborated with a lot of big artists including the likes of Nicki Minaj,  Birdman, Drake, Richie Homie Quan, Future, Lil Wayne, Gucci Mane, J. Cole, and several others. He is also well-known for his fashion trends which have influenced other musicians in the industry.

Young Thug net worth is currently estimated at $8 million. 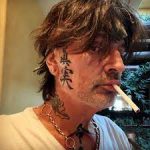 Tommy Lee Net Worth, Biography and Career
Next Article 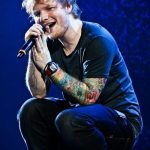