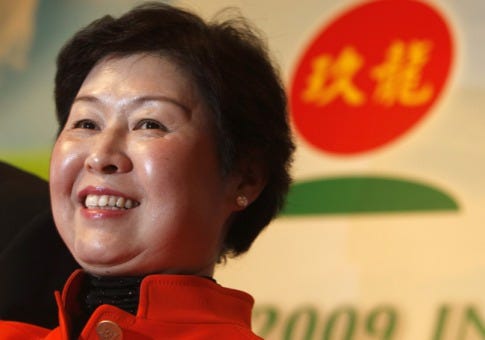 Ms. Yan Cheung has been at the helm of leadership at the Nine Dragons Paper Group as its chair lady since 2006. She is one of the group’s founders and is tasked with the Company’s overall corporate development in addition to the strategic planning of the group. This Chinese businesswoman has been in paper manufacturing for more than 20 years and has over 30 years of experience in international trade and recovered paper recycling. Let’s continue the remainder of this article with all the necessary information regarding the life and career of this gifted and extraordinary businesswoman and chair of one of the most successful paper companies in the whole of Asia.

Cheung was born and brought up in her home country of China. She also completed her schooling there at various institutions before advancing to start her career life. She was born in Shaoguan, Guangdong, China in the year 1957. Her father served as a lieutenant in the Red Army.

The Chinese entrepreneur, Cheung Yan, has been listed as one of the world’s richest self-made women. She started a paper trading company in Hong Kong in 1985 and later moved to Los Angeles, California in 1990.

Cheung Yan is the current Executive Chairlady of the Nine Dragons Paper (Holdings) Limited’s board. She has occupied this position at the Company since 2006. She is also a director of different subsidiaries of the Company.

She is one of the people who founded the Group decades ago and is now in charge of the Company’s corporate development in addition to overseeing the strategic planning of everything within the group.

Apart from her activities at the paper manufacturing company, Ms. Cheung has also served and is still serving at different key positions in many establishments.

Yan Cheung’s accomplishments in her business advancements have helped her earn awards and recognition from both individuals and cooperate bodies. As of this particular time, she has been elected as the honorary president of World Dongguan Enterprisers Federation and also as the honorary life president of Hong Kong Federation of foreign Chinese Associations. She has also been honored as an honorary citizen of the City of Dongguan, Guangdong Province, in China.

In 2007, she received the “Entrepreneur of the Year in China” award from Ernst & Young. The following year, she was chosen by the China Paper Industry Chamber of Commerce as a “Leader Figure” in “China Cailun Award”. She was also presented with the “China Charity Award” by the Ministry of Civil Affairs of the People’s Republic of China in 2008. In May the following year, The China paper Association awarded her the “Outstanding Entrepreneur in Pulp & Paper Manufacturing Industry in China” Award. She has also received numerous other awards including

As the Executive Chairlady of Nine Dragons Paper, the Chinese entrepreneur takes home a salary of $10,228,000 annually. There are no executives at the company getting paid more. Ms. Yan Cheung’s net worth is said to be pegged at $1 billion. She is one of the richest women alive today, and also one of the richest people in China.

Cheung founded the company Nine Dragons Paper Holding Limited and currently heads it as the director and executive chairlady. The company purchases scrap paper from the U.S. and uses it for making cardboard boxes. Nine Dragons is named as the biggest paper manufacturer in China and Cheung was the first lady to top the wealthiest people in China list back in 2006.