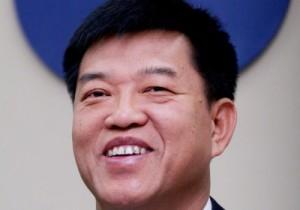 Mr. Xiu Laigui currently serves as the chairman of Xiuzheng Pharmaceutical Group which is known to be one of the most successful pharmaceutical companies in China. He has also served as the president of the group before advancing to other roles. Xiuzheng Pharmaceutical Group Co., Ltd. Is a renowned firm that specializes in scientific research as well as in producing and marketing various kinds of drugs. The company has 18 subsidiaries and recently acquired Liaoning-based Tianlong Pharmaceutical company for an undisclosed amount under the guidance of Laigui. The company is also known as a manufacturer of injections that are used in the freeze-drying of medicine tablets.

Chairman Laigui is a self-made billionaire entrepreneur who in 1995, gave up his job as a policeman and took over a small pharmaceutical business on the verge of collapse. Twenty years later his “rags to riches” story has been scripted and now, he continues to build up wealth while expanding the company he has controlled for over two decades. More details are in the article below.

As far as our findings go, Xiu Laigui was born in the People’s Republic of China. He was also raised in the country and lived amongst his family members and close relatives.

There’s no existing record regarding his educational history. He may or may not have completed his schooling before starting up what became a profession for him. However, he started working in the police force of his country during his early days before leaving the government job to become an entrepreneur.

In 1995, Xiu Laigui gave up his job as a policeman and took over a small pharmaceutical firm that was going bankrupt. The chemical company on the brink of collapse was rejuvenated as Xiuzheng Pharmaceuticals and is now known to be the biggest privately-owned pharmaceutical firm in China with around 80 products and 1,000 patents. The Chinese pharmaceutical market is already the third-largest in the world is expected to gallop ahead. Mr. Xiu Laigui’s personal wealth is said to be running into billions of US dollars.

As Xiuzheng Pharmaceuticals lacked European presence years ago, Chairman Laigui made an important business trip to Prague in the Czech Republic in a quest to scout around for potential partners and also try to get a grip of what hurdles he and his business might face when they try to capture the European medical market. Meetings were allegedly held Czech’s Minister of Industry and Trade, Mr. Jan Mládek, and the chair of the Czech hospital beds manufacturer, Linet, which has a flourishing export business to China, as well as the multifaceted group Penta, which is known for the Dr. Max drug chain, the largest in the state for such products, amongst its assets. Xiu Laigui was reported to primarily want to erect his own production industry in the Czech Republic. That will largely depend on being granted the required production clearances.

Xiuzheng Pharmaceutical Group Co Ltd is a renowned pharmaceutical establishment that is currently controlled by Chinese entrepreneur and businessman Xiu Laigui. The company manufactures and distributes drugs and other pharmaceutical products. The Company is a known producer of dietary supplements, cardiovascular drugs, antibacterial medicines, cold medicines, external use drugs,  gastrointestinal drugs, and other products.

In this rags-to-riches story, there has been a major controversy that strikes as a discordant note. It was an event that happened in 2012 when a scandal broke out about Laigui’s Xiuzheng Pharmaceutical company using industrial gelatin in the manufacturing of some products.

According to Laigui, the incident was totally misleading and his company was not found guilty of anything. However, the news regarding the incident which made major headlines had a huge impact on the company’s sales. In addition, its image was tarnished, leaving long-lasting effects on the then flourishing brand.

Chinese media have quoted pharmaceutical experts saying that the drug company’s total lost sales from product destruction and recalls could be 1 billion dollars or even as high as 50 percent of total sales, which the company estimated to be $4.7 billion in 2011.

That wasn’t the first time Xiuzheng Pharmaceutical Group had faced quality-related problems. From 2007 to 2009, the company was flagged by local drug supervision agencies in quality-control samplings.  However, none of the earlier incidents ever culminated in a crisis. In fact, sales at Xiuzheng were reported to have nearly doubled in those years and skyrocketed to an additional 50 percent in 2010 to $269 million.

In 2011, according to a report provided by Yinli Media, the company’s share in the Chinese medicine market was 8th amongst domestic producers and 13th amongst all over-the-counter providers. Meanwhile, Mr. Xiu Laigui’s net worth was reported to have reached $1.1 billion at that time. For Xiu Laigui, founder and chief executive officer of Xiuzheng Pharmaceutical Group, the aftermath of the scandal his company faced in 2012 has been telling on him. Though he lost some of his assets and wealth due to product recall and destruction by the authorities, he has reappeared on the Forbes Billionaire list. It was reported that nearly 140,000 boxes of drugs were destroyed by the company after the State Food and Drug Administration discovered an excessive concentration of chromium in their products.

Although Laigui’s company failed to share any information on the matter when contacted by the media, they moved to plead for mercy from the authorities. The company’s 66 subsidiaries account for more than 80,000 employees in China, and therefore, Xiu Laigui has millions of reasons to put in adequate measures to ensure the sustenance of his business.

Xiu Laigui, founder, chairman, and chief executive officer of Xiuzheng Pharmaceutical Group Co., Ltd., received the China Charity Award for Individual Donation. This was bestowed on him in recognition of his outstanding contributions to philanthropy in the country, particularly his efforts in the fight against the pneumonia epidemic. It is understood that the honor, China Charity Award, is the highest and most revered government award in the nation’s charity field, and it is awarded to deserving people in the country once every two years.

Xiu Laigui resides in China with his family.

He is a married man and a father of two children.

The Chinese businessman and chairman and chief executive officer of XiuZheng Pharmaceutical, Xiu Laigui, currently has a net worth of $1.5 billion. His primary source of income is the Xiuzheng Pharmaceutical Group which he took over in 1995 and rebranded to become one of the largest pharmaceutical businesses in China. Although the company was involved in a major scandal in 2012 regarding using products made from industrial gelatin, they managed to sort things out and the business has now bounced back due to the business intelligence and dedication of Mr. Laigui who has also been the president of the pharmaceutical company and led the group’s acquisition of Tianlong Pharmaceutical for an undisclosed amount.