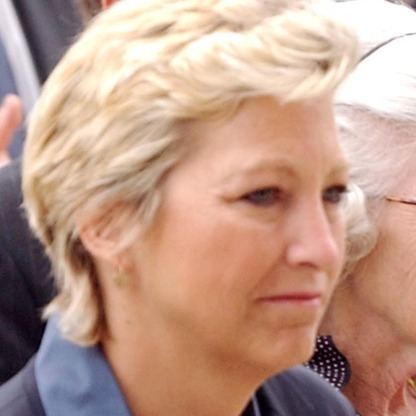 A native of Racine, Wisconsin, US, Mrs. Winnie Johnson-Marquart is a businesswoman and philanthropist, who has remained active in various roles in her career for more than three decades now. The youngest daughter of Imogene Powers Johnson and the late American businessman Samuel Curtis Johnson, she is the President of the Johnson Family Foundation, a charitable organization. She earned her bachelor’s degree from the prestigious Cornell University as a family tradition. Winnie Johnson-Marquart is the great-great-grandchild of Samuel Curtis Johnson Sr., the founder of the domestic products company, S.C. Johnson & Son. In 2000, Sam passed the company to his children. Currently based in Virginia Beach, Virginia, Marquart is the only Johnson sibling to live outside their hometown of Racine, Wisconsin, where the Johnson Company is based. In comparison to other family members, this lady maintains a very low profile. The way that her family is viewed in the community of Racine has since changed after the Johnson family became the subject of public scrutiny, following Curtis Johnson III’s charges of sex crimes against a child in 2011. Although he pled not guilty to the accusation, the situation has been more of bad publicity on the image of the Johnson family. Full details follow below.

Like her four siblings and their parents before them, Helen attended Cornell University, from which she graduated with her bachelor’s degree.

Winnie Marquart, the youngest child of her parents, is the President of The Samuel C. Johnson Family Foundation. Her three siblings include S. Curtis Johnson, H. Fisk Johnson, and Helen Johnson-Leipold. Her eldest brother, Samuel, is the former Chairman of JohnsonDiversey, Inc. Her other brother, Fisk, is the Chairman of the SC Johnson company presently, while her only sister, Helen, currently leads Johnson Financial Group, one of the largest private financial services companies in the United States, Johnson Outdoors, an outdoor recreation equipment company, and The Johnson Foundation, a center of collaboration and catalyst for solutions to a better tomorrow which is well-recognized in the country.

Mrs. Johnson-Marquart is actively involved in her family’s charity organization, the Johnson Family Foundation, the philanthropic arm of her family’s business establishments, most of which were started by her great-grandfather, Samuel Curtis Johnson Sr., founder of the successful SC Johnson company. She is primarily responsible for running the foundation alone and does not concern herself with other endeavors in the family businesses.

Winifred, her mother, and her brothers and sisters are currently positioned at number 182 on the Forbes 400 list of the wealthiest people in America. Born and raised in Racine, Wisconsin, she and her husband, rock musician Michael Marquart currently maintain a home in Virginia Beach, Virginia, far from where her family’s company is located. She keeps her profile very low and doesn’t turn up publicly like the rest of her siblings, who are constantly present in the family business and other things. Also, she has a daughter named Samantha Marquart, who is a studio manager at Windmark.

Mrs. Winnie Johnson-Marquart has a net worth of 3 billion dollars. Currently based in Virginia Beach, Virginia, this Cornell University graduate is mainly concerned with her family’s non-profit organization called the Johnson Family Foundation. She is the current president of the foundation.

A devoted wife, an affectionate sister, and an incredible and dedicated mother, Mrs. Winifred has spent the last two to three decades at least living up to expectations. She is respected for her strives in the Johnson family’s concerns, especially for her accomplishments in philanthropy. There aren’t many people in the United States of America today that can be highlighted to be on the same level as this woman in recent years as long as dedication to work is concerned. Her influence at the Johnson Family Foundation where she maintains the position of president since her father died is clearly seen and heard by many and her daily activities at the foundation just tells anyone who cares to see that she will remain on board for the long run giving it her best short to make sure that her family’s legacy is preserved.