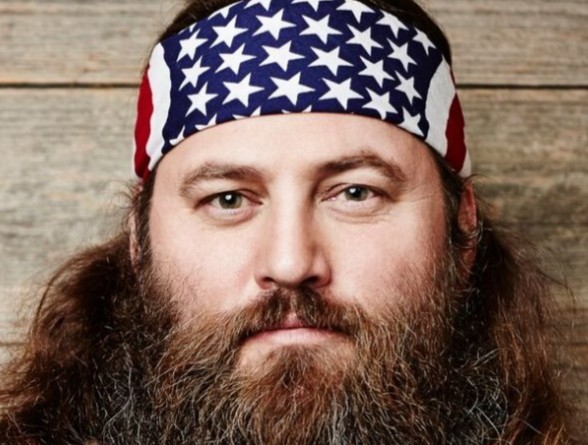 Willie Robertson is a recognized American television personality, conservative political activist, businessman, and author. At present time, he is the chief executive officer of Duck Commander, and has achieved his famous status by making appearances on the reality television series ‘Duck Dynasty’ on A&E.

Willie Jess Robertson was born in Bernice, Louisiana, United States on April 22, 1972. He is the third son of Phil Robertson and his wife Marsha Kay. His father, Phil, was a star football player who played in the quarterback position at Louisiana Tech University. In addition to that, he is a professional hunter, reality television star and businessman who founded ‘Duck Commander’. His mother is also a television personality. Willie has a younger brother, Jep, two elder brothers, Jase and Alan, and an uncle, Silas.

From a very young age, he showed interest in his father’s business just like his other brothers, and would delve into hunting pursuits. He would handle several tasks for his father’s company, Duck Commander, starting from duck calls to answering important business calls.

For his educational pursuit, Willie attended the Harding University affiliated to the Church of Christ. He also attended the Louisiana University in Monroe, Louisiana, graduating with a degree in Health and Human Performance, with his prominent subject being business.

Mr. Robertson is the presently the chief executive officer of Duck Commander & Buck Commander. He is also a reality TV star who has made frequent appearances on the reality television series ‘Duck Dynasty’ along with his other cousins. The show has however ended in March 2020 after completing its eleventh season. It has been reported that the series made earnings of over $80 million in the year 2013 in its first 9 months through advertising sales. The Robertson family then got motivated to launch a merchandise line, which has so far helped them to generate revenue of more than $400 million.

Willie is also an active contributor to Fox News. He has also been seen in several shows and movies, including ‘Whose Line Is It Anyway?’, ‘Billy the Exterminator,’ ‘God’s Not Dead- Cameo appearance,’ and ‘Last Man Standing,’

Willie Robertson has been honored with several different accolades, especially for his role as an entrepreneur and chief executive officer of Duck Commander, and for his appearances on the series Duck Dynasty. In 2011, at a warehouse of Duck Commander in West Monroe, he was presented with the ‘Governor’s Award for Entrepreneurial Excellence’. He was in 2013, nominated for a Teen Choice Awards. In 2014, he and his wife, Korie Howard Robertson, were declared ‘Outstanding Young Alumni’ by the Louisiana University in Monroe, Louisiana.

Willie Robertson is easily identified for his long ZZ Top-style beard. He is popular for rocking bandana of different patterns, designs, and colors, on his long shiny hair.

Willie and Korie Howard have been married since July 6, 1992. They are blessed with six children – John, Sadie, Will, Bella, Luke, Rebecca, and Rowdy. Rebecca is the couple’s foster daughter, although not legally adopted. She originally came from Taiwan as an exchange student. Will who is one year older than their youngest daughter, Bella, was legally adopted. This makes it four biological and two foster children for the happily married couple.

Robertson and his wife and their children presently live in their mansion in West Monroe, Louisiana. This mansion also houses the big Robertson family, including Willie Robertson’s parents, siblings and their families. The Robertson family members are dedicated Christians, and Willie often preaches and talks about his strong beliefs and opinions on the faith. The Robertson family also does a lot when it comes to works of charity, especially in providing aid to the local church. However, this endeavor and others like it has never been made a propaganda of in their popular television show ‘Duck Dynasty’.

Willie Robertson net worth is currently estimated at $25 million and more, all realized with the contributions of his steady salary as the chief executive officer of his father’s company Duck Commander. This dedicated entrepreneur has also made some of his millions by starring in the popular reality television series ‘Duck Dynasty’ on A&E for eleven seasons.   Another income booster is his family’s merchandise line which has now generated more than $400million in revenue for the Duck Commander enterprise.

Despite being a product of an affluent family by virtue of his being born into the family of Phil Robertson, the man who created Duck Commander, Willie never misused his father’s wealth or business, but instead, shouldered many responsibilities and contributed vitally to the company. He added many more to the table by supplying innovative ideas which has now helped the company’s growth and expansion. Duck Commander, which used to be a minor business, has at present transformed into a multi-million dollar empire, and many credits go to Willie Robertson for what he has done with the company as its chief executive officer.