Known as the “Donald Trump of Russia”, the Russian businessman and entrepreneur, Vladislav Doronin, is a billionaire international real estate developer. He made his substantial riches through tactical property investments focused on developing commercial, residential, and hospitality properties. He is the founder and owner of the Russian leading property development company Capital Group. Doronin is also the chairman and Chief Executive Officer of Aman, one of the world’s most renowned resort brands. In addition to his interesting CV, Doronin is also the chairman and Chief Executive Officer of his US-based real estate venture, the OKO Group. The businessman’s extensive property portfolio stretches across the United States, Europe, and Asia. He is famed for passionately locating and working with only the best designers and architects in the world. He has developed more than 75 million square feet of property with 71 properties and has another 27 million square feet under construction.

Further readings about the subject of our essay today is available below.

Doronin was born in Saint Petersburg, Russia on November 7, 1962.

He attended Moscow Lomonosov State University, from which he graduated with his bachelor’s degree.

In 1985, when he was 23 years old, Doronin left Russia for Switzerland with less than $250 in his pocket (because Russians were prohibited from leaving the country with more than that amount). Once in Switzerland, he found a job with financier Marc Rich. He was soon mastering all that related to the commodities trading world, particularly metals and oil.

The early 1990s were a fruitful time for a productive, hard-working Russian man with a European pedigree. In 1991 Vladislav Doronin started his own company which he named Capital Group. Within a few years, his establishment began making major viable real estate investments in Moscow. One of his first developments was to build a large office building in the city that catered specifically to western customers that were flooding Moscow. Companies like Phillip Morris and IBM quickly learned that the Capital Group’s structures were the best in Russia for Western-style office work.

In 2014 he became the major owner of the holding company of Aman Resorts, The Aman Group. Aman Resorts owns around 30 luxury resorts in 20 countries. By August the following year Doronin had become the sole owner of Aman. Aman Resorts concentrates on operating highly lavish low-capacity resorts. Aman operates properties in Vietnam, Turkey, Greece, Phuket, Thailand, Turks and Caicos, Cambodia, Bali, Bhutan, Sri Lanka, Montenegro, Japan, and more. In April 2015, the company paid $500 million for floors of New York City’s Crown Building on Fifth Avenue. The Aman brand, in recent years, has been expanded to also include Aman Private Jet, with the aim of conveying travelers to and from his hotels. The company also launched two supplements brands, Aman Skincare and Aman SVA. 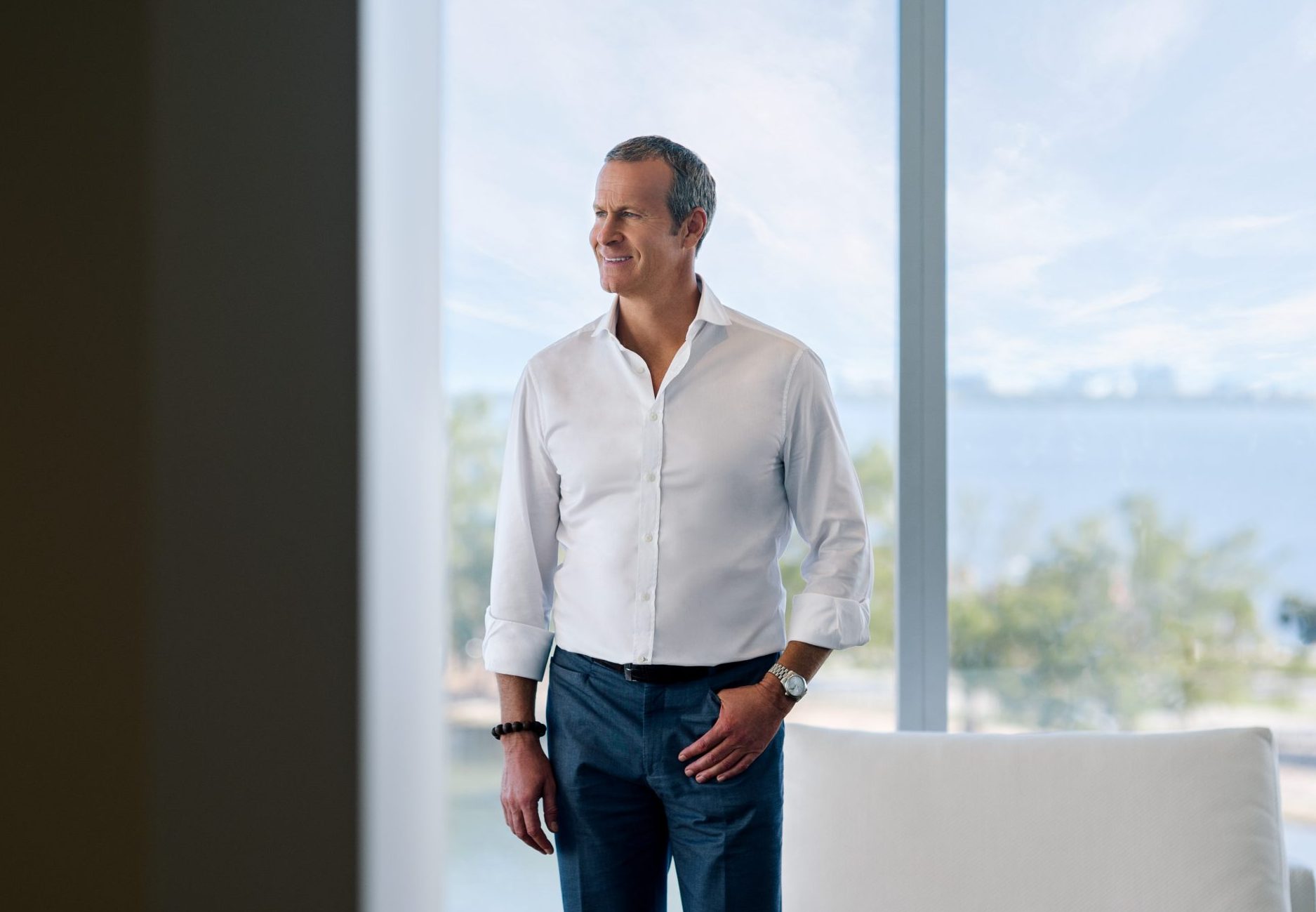 Not satisfied with his accomplishments so far, Doronin founded the OKO Group in 2015. Through this establishment, Doronin has acquired several high-profile residential and commercial buildings in New York City and Miami. In one instance, the company paid $54 million for a property on Biscayne Bay in November 2016.

In August 2016, Doronin was listed in the Power 100 list of prominent individuals by Surface Magazine. He was also listed amongst the 15 prominent people in real estate and hospitality by the same outlet.

According to the online media company, “Building.ru”, Doronin is listed as one of the topmost professional developers in Russia. His OKO Tower in Moscow is 1,160 feet high, making it the tallest completed skyscraper in the whole of Europe.

Doronin was in 2011, acknowledged as the top of the list of “Top 1000 Russian Managers Rating” in the category of Development. In 2014, Forbes named him one of Russian’s Real Estate kings.

In 2015, the New York Post honored Doronin with an inclusion on their “20 biggest power players in New York City real estate” list.

Vladislav Doronin gained international attention after he began dating American supermodel Naomi Campbell sometime in 2008. It was even rumored that the billionaire real estate tycoon proposed marriage. For some time, the lovebirds resided in Doronin’s primary house in Russia together and traveled to his properties around the globe. Doronin and Campbell split in 2013.

Before dating Naomi, Doronin was formerly married to Ekaterina Doronina. Between his ex-wife and his current partner Kristina Romanova, Doronin has three children.

Best known as a Russian businessman and real estate developer who likes to collect art sometimes, Vladislav Doronin’s net worth is currently pegged at $1.1 billion. His sources of wealth include his positions as the president of a real estate development and building company focused on elite structure complexes, Capital Group, and as owner and chairman and chief executive officer of the two companies Aman Resorts and the OKO Group. His Aman company, as of 2021, operates more than 30 extravagant resorts in 20 countries, while the OKO Group develops real estate ventures mainly in New York and Miami.

Vladislav Doronin owns several estates and homes around the world.

He purchased a Star Island home back in 2009 from the retired NBA star, Shaquille O’Neal. He paid $16 million for the property which is located on the artificial island in Biscayne Bay within Florida’s Miami Beach City. Not only that, but he also owns a very pricey house at the One Hyde Park housing complex that he purchased a few years back. It is not clear how much he paid for this house, but real estate experts estimate that Doronin’s lavish home commands a value within the range of $50 to $75 million.