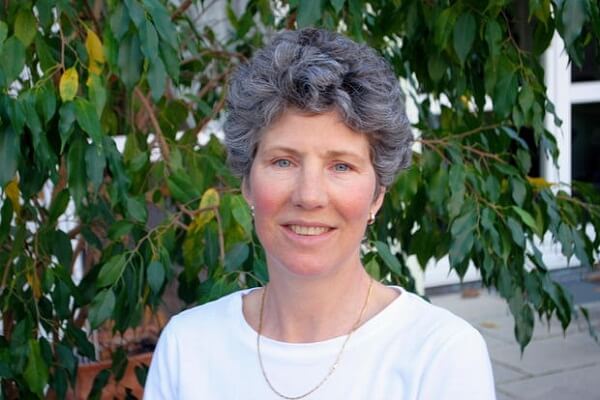 Today’s article features the biography and success story of Valerie Mars, an American billionaire businesswoman whose wealth was recently estimated to be $12 billion by the Bloomberg Billionaires Index. Mars is an heiress and a fourth-generation member of the reputed Mars family that sits on top of a delicious empire. She and her sisters are in control of the world-renowned company Mars Inc., a reputed and successful establishment known for making a wide range of sweets and confectioneries including M&M’s, Twix, Milky Way Bars, Mars Bars, Snickers, and more not to mention an assortment of PetCare products, gum, drinks, among others. The company, now more than a century old, has helped the Mars family build a told fortune of $89.7 billion, according to Bloomberg. The family members who rank on the Forbes Magazine 400 list including Mars and her three sisters, share $72 billion of that fortune, making them the third-richest family wealth “dynasty” in America according to a report by the Institute for Policy Studies’ “Billionaire Bonanza”. Theirs is a limelight-avoidant and press-shy family, and they continue to remain a bit of a mystery as none of the family members throughout the history of their reign as the successful owners of Mars Inc. has been known to be publicly available to grant interviews or disclose private family matters. They’ve been known to keep the Mars company and all of its activities “notoriously private,” according to the words of Business Insider’s reporter Cadie Thompson. The company’s headquarters have been called “anonymous” by Guardian editor Andrew Clark. However, of recent, the Mars family and Mars Inc. have more recently started to shed their secretive history. During the last few years, executives of the company and members of the highly respected Mars family have started to speak out, and here’s what we know about Valerie Mars who happens to be the subject of today’s report.

The billionaire entrepreneur and company heir was born Valerie Anne Mars on 20 January 1959 in the United States. She is the daughter of the late Forrest Mars Jr. (1931–2016), and a sister to Victoria B. Mars, Marijke Mars, and Pamela Mars-Wright.

For her education, Mars attended Yale University for her bachelor’s degree after which she went to Columbia University for an MBA before proceeding to engage full-time in her professional career.

Valerie Mars’s father, Forest Mars Jr., passed away in 2016 leaving an empire for his children. Valerie benefited massively from what her father left behind as the 8 percent stake of Mars Inc. she inherited made her a billionaire.

After completing her education, Ms. Mars joined Mars Inc. as an important figure in the historic company of her family which has stood for over 106 years.

She currently leads the company’s operations as a senior vice president and the head of corporate development.

Since 2014 she has sat on the board of Fiat Chrysler Automobiles as a member. She also sits on the board of Ahlstrom-Munksjö, a flourishing Finnish-Swedish stock company that is well-known in the paper industry.

Valerie Mars is also a member of the Rabobank North America’s Advisory Board. She is also an active key role player in a number of nonprofit organizations such as an honorary trustee of the Open Space Institute (landscape protection) and a board member of Conservation International (nature protection).

Since 1984 till date, Valerie Mars has been committed in her marriage to Philip Michael White. Their fruitful and happy union produced two sons.

Valerie and her sisters as well as other family members own wealth of more than $90 billion and are in control of Mars Inc., the candy empire that serves the world several edible items like Snickers, Twix, and M&M’s. The six family members that occupy places on the Forbes 400 list are said to have a combined fortune of $72 billion, and this has enabled them to rank as the third-wealthiest family dynasty in the United States of America.

While we cannot categorically provide you with the current estimates of her salary and monthly earnings, we have credible information that Valerie Mars’s net worth is pegged at $12 billion. As already maintained in this article, Mars is an American billionaire businesswoman and heiress who is best known for being a part of the world-renowned Mars family. In 2016 when she inherited about 8 percent of Mars Inc. from her late father Forrest Mars Jr., she turned into an instant billionaire along with her three sisters. This Yale University and Columbia University graduate now maintains her wealth by working as a senior vice president and the administrator of corporate development for Mars, Inc. She also serves on the Fiat Chrysler Automobiles board as well as on the board of Ahlstrom-Munksjö, while actively playing different roles on the Rabobank North America’s Advisory Board in addition to dedicating her time to serving nonprofit organizations such as the Open Space Institute and Conservation International.

Mars Incorporated was founded in the year 1911. As recent as 2020, the company posted revenue of $50 billion. Their key products include Uncle Ben’s Rice, Snickers, Twix, M&M’s, Milky Way, 3 Musketeers, Dove, several pet products, and commodities manufactured by The Wrigley Company.