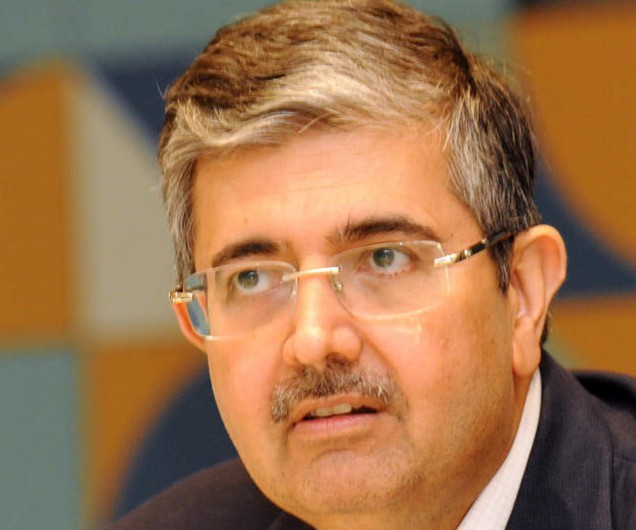 Uday Kotak is an Indian billionaire banker, best-known for being the managing director and executive vice chairman of Kotak Mahindra Bank. Back in the early 1980s while India still had a closed economy and economic development was nowhere in sight, Uday decided to start his own business, rejecting a lucrative job offer from a multinational. Over the few years that followed, he diversified his prospering business into several areas of financial services, creating a prominent presence in mutual funds, car finance, investment banking, bills discounting, stockbroking, and life insurance. On 22 March 2003, Kotak Mahindra Finance Limited became the first company in India’s corporate history to earn a banking license from the Reserve Bank of India. Engaging in these businesses has been vital in the accumulation of Uday Kotak net worth. The billionaire’s wealth was estimated by Forbes to be$14.8 billion in 2019, and it has continued to increase with the more efforts he puts in his work. In 2006 he ended a 14 year joint venture with Goldman Sachs by getting hold of its 25% stake in two subsidiaries for about $72 million. He is one of the wealthiest persons in India, and here’s everything you need to know about him and how he has made his massive fortune.

Born on 15 March 1959, Uday Kotak was raised in an upper middle-class Gujarati joint-family household with sixty people sharing the same kitchen under one roof. The family was originally into cotton marketing. He refers to this as “Capitalism at work and Socialism at home”. Two of his pastimes had been playing the sitar and cricket. In a 2014 interview with NDTV, Uday admitted that he was no longer interested in pursuing his hobby of playing of the sitar.

Growing up, Uday Kotak’s talent in mathematics influenced his future career choice. He attended Sydenham College where he earned a bachelor, before enrolling in Jamnalal Bajaj Institute of Management Studies for a postgraduate degree in management studies. 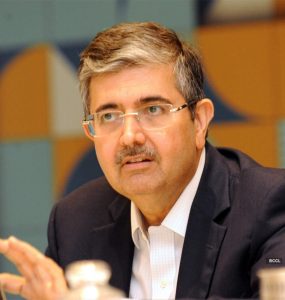 As soon as he completed his MBA, Uday Kotak started the Kotak Capital Management Finance Ltd which was later renamed Kotak Mahindra Finance Ltd. From a seed capital of $80,000 which he borrowed from family and friends, this ambitious man converted a bill-discounting start-up into a conglomerate of financial services, with assets of $19 billion as of March 2014. With over 1250 branches as of today, his bank is the second largest commercial bank by market capitalization in his country India.

He almost doubled his entire wealth in 2014 when shares of his Kotak Mahindra Bank hit an all time high after he bagged a $2.4 billion deal in November that year for rival ING Vysya Bank, partially owned by the Dutch financial services group ING.

Uday Kotak has as of now, reduced his stake in the Kotak Mahindra Bank to 30%, as he is mandated to bring it down to as low as 20% as per RBI directions.  In August 2019 he was named as one of the highest earning Chief Executive Officers of any Indian bank with a salary of ₹27 lakh ($38,000) monthly.

This entrepreneur and creator of one of the biggest banks in India is well respected in his country as well as in other parts of the world. His accomplishments in the finance sector speak volumes, and as such, he has been appreciated and recognized on many occasions through award presentations and honors. He remarkably won the Ernst & Young World Entrepreneur of The Year award in 2014, and in 2017, he was ranked as the 8th most powerful person in India by India Today magazine. He was the only financier from India to be included in Forbes Magazine’s Money Masters: The Most Powerful People in The Financial World.

Additionally, Uday Kotak currently has many memberships in honor of his great leadership ability. He is a member of the Board of Governors of the Indian Council for Research on International Economics Relation, member of National Council of CII, a Governing Member of Mahindra United World College of India, member of the Board of Indian School of Business, member of the Government of India’s High Level Committee on Financing Infrastructure, Member of the Board of Governors of the National Institute of Securities Markets and ICRIER, member of the Primary Market Advisory Committee of the Securities & Exchange Board of India, and also a member of the strategic board that advises the national law company, Cyril Amarchand Mangaldas. To add to all of these, this great man is Head of The Mahindra United World College of India. He handles all of these responsibilities and more, and continues to serve diligently to the best of his capacity.

This banker is married to Pallavi Kotak with whom he lives with in Mumbai India, in the company of their two grownup children.

Already an established knowledge, Uday Kotak is an Indian banker who individually changed the face of the Indian finance sector. He has formed a collection of highly skilled professionals that have been in control of various businesses in his Kotak Mahindra group, which currently holds many international subsidiaries that deal with a wide range of investment funds.

Uday Kotak net worth of $15 billion currently and this makes him one of the richest people in India, and in the whole world at large. His main stream of income is his company and his dedicated involvement in the banking sector for many decades running. His wealth has been spiraling out of control in the past decade, and it won’t be a surprise if his current financial status increases further in the nearest future.