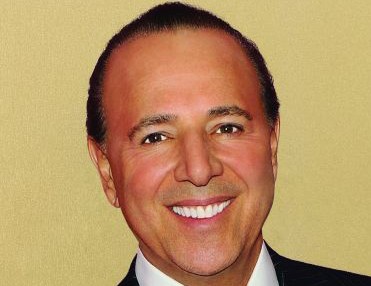 Tommy Mottola is a famous Italian-American music executive who has achieved success by becoming one of the biggest names in the music industry. He was born in New York to a typical traditional Italian family. From a very young age, he was always inclined to the world of music. He pursued his dream and finally made a name for himself and earned his position in the American music industry as the indisputable magician who transformed artists into stars overnight. Known for his enthusiasm, energy, larger-than-life persona and charm, Tommy has made the professional careers of many music artists. He is also a shrewd businessman and visionary, a man willing to take risks. He went on to change the face of Sony Music, making it one of the greatest music labels in the world. With a career spanning more than three decades, Tommy Mottola net worth has been acquired mainly from the music business though it received contributions from several other minor ventures including television and fashion. This wizard is one of the most powerful names in the music industry and continues to occupy a place on the list of names to be much–talked about everywhere in the world. Here’s Tommy Mottola biography and details about his career, personal life, and more.

Thomas Daniel “Tommy” Mottola was born on 14 July 1949 in the Bronx area of New York, United States. His father, Thomas Mottola Senior was a customs broker while his mother, Peggy Bonetti  was a home maker. As his father was a New York City broker, the family later moved to the middle-class town of New Rochelle while Tommy was still small.

At a young age, he picked interest for music and learned to play the trumpet. He later switched to playing the guitar in his early teens.

Tommy attended Iona Grammar School and Iona Prep, graduating in 1962 and 1966 respectively. As a child he skipped classes quite often, due to which he was enrolled in the military school Admiral Farragut Academy for some time. He attended Hofstra University (Long Island) but dropped out in order to focus on a music career as a singer and guitarist. 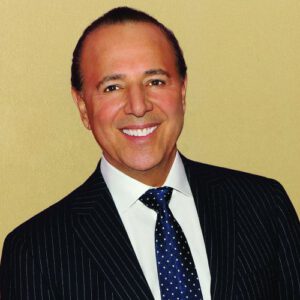 Walter Yetnikoff recruited Mottola into Sony Music and he turned out good enough to be made Chairman and Chief Executive Officer of the music label, which was formally named CBS Records. He played a very vital role in the company, and is regarded as the introducer of some of the biggest names to Sony, for instance, artists like Celine Dion and Mariah Carey. Since he took his place at the music group, he persisted in heading the label until 2003. In his widely expanded career, Mottola is renowned for establishing the careers of top artists like Shakira, Dixie Chicks, Gloria Estefan, Anastacia, and several more. Additionally, he boosted his reputation and earned massive recognition for introducing compressed discs of made by Barbra Streisand, Andy Williams, Billy Joel, Bruce Springsteen, and many more.

In January 2013, Mottola released a book titled “Hitmaker,” which was co-written by Cal Fussman. In this book, Mottola detailed his success stories and the motivation that drew him to the core of the music business, however, he also penned down his failures deeply.

Tommy Mottola is known to be the producer of the latest good-sounding version of Chazz Palminteri’s “A Bronx Tale”. He also deals with television production, theater, and movies.

Mottola’s career journey has been adorned with multiple recognitions and award nominations for his great deeds. In 2002, he won the NIAF Special Achievement Award at the National Italian American Foundation’s Award Gala. He has been nominated for awards severally, including for the Cable-ace awards, for the Grammys, and many others. He is one of the biggest names and one of the most influential men in the world of music today. From a low start to a great level as Chairman and Chief Executive Officer of Sony Music which is one of the biggest music production companies in the whole world, Tommy Mottola has accomplished such an extra-ordinary feat, and the fact that he had a hand in the success and fame of some of the greatest in the music industry including pop legend Michael Jackson, and others like Celine Dion, Mariah Carey, and many more is an existing record of some of the things that this man has been able to accomplish in his career.

Tommy Mottola married Lisa Clark in 1971. She is the daughter of Sam Clark, the owner of ABC records. Before their inevitable divorce in 1990, the couple had two children named Sarah and Michael.

Three years after leaving his first marriage, Mottola tied the knot with singer Mariah Carey who was 20 years younger. Their marriage lasted just four years as they separated in 1997, the reason being differences due to their age gap.

The major source of this music executive’s jaw-dropping wealth is the massive contribution he made in his career by expanding the Sony Music Company. He contributed to Sony Music majorly by putting it on the track among the biggest music companies worldwide. He managed to expand his business to over sixty countries over several continents, and this was made possible by his near-perfect management and leadership skills.

Tommy Mottola net worth is estimated at $450 million. His excellent performance in the American music industry has gotten him massive fame in his country and almost everywhere across the globe. While expanding the Sony Music company as its Chairman and Chief Executive Officer, Mottola expanded his fortune as well by venturing into several other businesses. He made even more money with the success of artists he brought to the limelight, and to date, he still works tirelessly and his wealth seems to always be on the increase. Tommy is the owner of a number of prominent houses in many cities. He owns houses and properties in Florida, New York, and others which are prominent because of their massive market values.