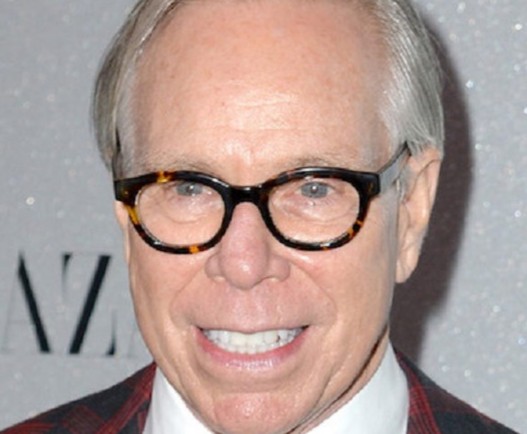 Founder of one of the most premium luxury lifestyle brands in the world, Thomas Hilfiger is the creative mastermind behind the multibillion-dollar enterprise, the ‘Tommy Hilfiger Group’. His label has enjoyed incredible success all over the world for more than two decades. He has launched women’s and men’s clothing lines, accessories, collection of fragrances, denims, sportswear, and home furnishings. He went on to be known as one of the richest designers in the market, adequately catering to the needs of film stars, hip-hop artists and many other groups of entertainers and sports stars. His innovative and thunderous advertising campaigns did well for him in terms of helping establish his brand and succeed in the fashion industry. No other American fashion designer of his era, managed to successfully put their name and logo on clothes like he did. This caught the attention and interests of the urban youth and he soon established his stores and franchises across the world. Born in New York, Tommy displayed creative abilities and showcased his talents even as a teenager, buying jeans, remodeling and selling them. The start of his career happened with the opening of his first store, ‘People’s Place’. Following the success he gained with his first endeavor, he entered the fashion world as a full-blown fashion designer.

Thomas Jacob Hilfiger was born on March 24, 1951 in Elmira, New York, United States. His father, Richard Hilfiger was a jeweler, while his mother, Virginia worked as a nurse. He was raised a catholic, and grew up in the midst of his eight brothers and sisters.

He received his education at the New York’s Elmira Free Academy before going ahead to attend GST BOCES Bush Campus. Even as a teenager, Tommy’s creativity and talent was known to many when he would buy cloths, redesign them and then proceed to sell them.

During the summer of 1969, Thomas Jacob Hilfiger worked at a clothing store on Cape Cod. From there, he chose the option of doing something bigger with his life so he saved up about $150, collaborated with two of his friends, and put a clothing store in place. They located their business at a hot spot where other businesses such as a record shop, hair salon among others were stationed. Their cloth store got regular supplies from New York City, and they achieved success and made some money selling clothing like leather jackets, bellbottoms, and peasant blouses.

Not impressed by the supplies, Tommy Hilfiger decided to create his own designs. He succeeded at what he did and ran his business successfully for seven years until his store went bankrupt in 1977. Aged 28 years in 1979, he made a significant upgrade in his career when he moved to New York and found a place in the commercial and business aspect of the fashion design industry. He started a company named Tommy Hill and started to expand his business beyond the expectations of many. His Tommy Hilfiger label has enjoyed incredible success all over the world for more than two decades. He has launched women’s and men’s clothing lines, accessories, collection of fragrances, denims, sportswear, and home furnishings.

This creative and innovative American fashion designer has won lots of awards over the course of his career in fashion. He has been recognized by many reputed magazines and media houses, and is now know as one of the biggest fashion designers that has ever walked the earth.

In 1998, Hilfiger received the Designer of the Year Award from the Parsons School of Design. In that same year, he was named the Designer of the Year by GQ magazine. He achieved tremendous success in 2009 and was honored with a Lifetime Achievement Award by Marie Claire magazine. In 2012 he was honored with a Geoffrey Beene Lifetime Achievement Award by the Council of Fashion Designers of America.

Tommy has also been appreciated and honored for his charity work as well as his gestures towards philanthropy. In 2006, he received the Peter J. Gomes Humanitarian of the Year award from the Harvard Foundation. He also received the We Are Family Foundation’s Visionary Award in the same year. In 2009, was honored with the UNESCO Support Award, and has been honored by many other organizations after that.

Tommy met Susan Cirona in 1976 when she was a staff of his People’s Place store in Ithaca. They married four years later and enjoyed a happy matrimony for twenty years before they divorced in 2000. Their marriage produced four children, including: Kathleen, Elizabeth, Richard, and Ally.

After the end of his first marriage, the designer married Dee Ocleppo in December 2008. They have a son together named Sebastian Hilfiger.

He is also known for his numerous philanthropic gestures and contributions to the less privileged in the society.

Mr. Hilfiger makes most of his earnings from his involvement in the fashion industry which he joined over 25 years ago. His very first income came in form of the wage he earned working for a clothing store as a teenager. From there, he opened his very first store named “The People’s Place” and ran the business until he established his renowned Tommy Hilfiger Corporation which he eventually sold in 2006 for $1.6 billion to the private investment company Apex Partners.

As at the time of this publication, Tommy Hilfiger net worth is estimated at $450 million. He has enjoyed fame and fortune as a successful fashion designer who launched the multibillion-dollar Tommy Hilfiger Corp. in the year 1984 with the help of Murjani Group. Due to his terrific design and prominence across the world, this seasoned businessman achieved tremendous popularity and even bagged numerous awards over the years that followed his illustrious career.

Hilfiger sold his penthouse in New York City’s Plaza Hotel for $33.25 million in 2019. Before that, he sold his Palm Beach mansion in 2018 for $35 million just 15 months after purchasing it for $34 million. His primary residence is currently a 14,000 square foot mansion in Miami which he purchased in 2013 for $17.25 million. Though he has listed the house for sale for $23.5 million, he is yet to find a buyer but is still hopeful of making some profit off its sales.