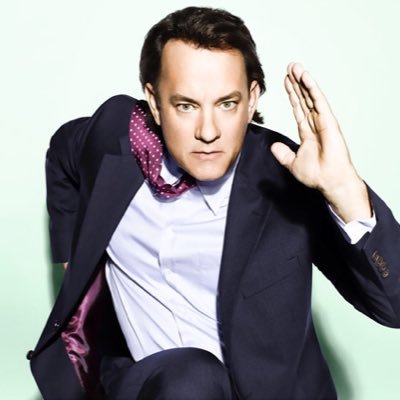 Thomas Jeffrey Hanks is an American Renowned Actor and a filmmaker. The actor came into limelight and became famous for his stunning and spectacular performance in movies like Forest Grump (1994), Saving Private Ryan (1998), Cast Away (2000), Catch Me If You Can (2002), Captain Phillips (2013), Bridge Of Spies(2015) and The Post (2017) including other impressive movies he has acted.

Tom Hanks was born on the 9th of July 1956 in Concord, California, the United States of America. He is currently 63 years old. The name of his father is Amos Mefford Hanks while the name of his mother is Janet Marylyn. He is the third child of four children in the family. He is of mixed English and Portuguese heritage.

While growing up, his parents were always traveling to different cities. Before he was 10 years old, he has already lived in 10 different cities. His love and passion for acting started showing up in his high school days as he always took up acting roles when ever a drama is to be held.

In 1974, Tom Hanks graduated from Skyline High School in Oakland and he then enrolled into Chabot College in Hayward, California. He later transferred to California State University where he studied Theatre Arts. While Tom Hanks was still in college, he went on an internship course that lasted for three years at the Great Lakes Theater Festival in Cleveland, Ohio.

Hanks and Wilson first met each other in 1981. They reconnected with each other in 1985 on the Set Of Volunteers. They eventually got married and their union produced two children. The name of the first son is Chester Marlon while the name of the second son is Truman Theodore. Both of them followed the footsteps of their father and ventured into acting.

The actor has two brothers whose names are Lawrence Michael Hanks and Jim Hanks. In 1991, Lawrence who studied in University of Maryland, College Park received his Ph.D. He is an entomologist and he is teaching Entomology at the University of Illinois at Urbana-Champaign. On the other hand, Jim hanks took the path of his elder brother to become an actor and filmmaker.

Tom Hanks is talented and hardworking and his hard work has paid off. He is considered to be one the movie’s industry heavyweights. Aside from acting, he is also a filmmaker and writer. He has over the years accumulated a net worth estimated to be around $390 million. His fortune is as a result of fees he has earned as an actor and endorsement deals.

In 1977, Tom started his movie career. He began by enhancing his skills in production, lightening, design and stage management. As an actor, he won his first award in 1978. He won the Cleveland Critics Circle Award for Best Actor. This was due to his awesome performance as Proteus in Shakespeare’s The Two Gentlemen of Verona.

In the following year, he moved to New York where he got his first official movie role in a low budget film titled “He Knows You’re Alone”. After the film’s success, he appeared in the television series Mazes and Monsters. In 1980, the actor got a led role in a sitcom Bosom Buddies. In 1984, he starred in a movie titled Splash which went on to become a Box Office hit.

In 1988, Hanks was given a lead role in a movie titled Big. His credible performance in this movie brought him into limelight and fame. This movie earned him his first nomination as Best Actor in the Academy Awards. Ever since that nomination, he became an established actor and most of his movies Hanks did well at the Box Office.

Tom Hanks joint efforts with prolific and renowned with film director, Steven Spielberg are seen in the following movies;

Below are the movies that has earned him millions of dollars.

Apart from being nominated in many awards, he is also an inductee of the US Army Hall of Fame in 2019. The honor was awarded to him because of his awesome and fantastic character display as Captain Phillips in Saving Private Ryan.