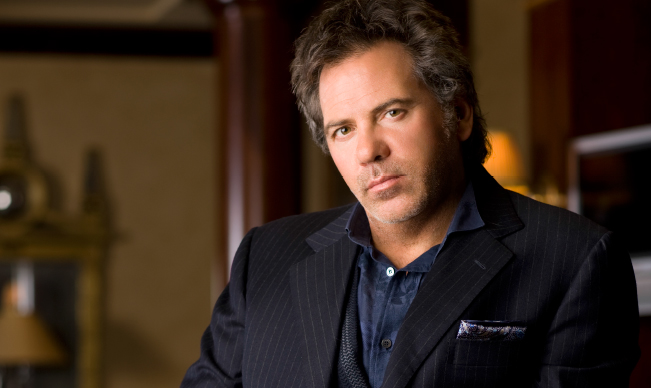 Chairman and chief executive officer Tom Gores founded Platinum Equity in the year 1995 and now ranks on Forbes “Richest Americans” and “World’s Billionaires” lists, and is one of the youngest persons ever to appear on either. His management of Platinum Equity, growing it to be one of the largest private companies in America in the present day, is based on the principles of communication, relationships, and trust. Gores’ guidance, strong principles, and core philosophies drive the strategic development and course of both his company and its portfolio. Early in his career, he was an active investor in several smaller businesses, where firms often trade essentially on their good word and capability to keep to what they promise. Here he developed his principles of integrity, empowerment, and hard work. As he delivered on promises made to deal partners, lenders, and investment bankers, Mr. Gores’ ability to incessantly execute larger dealings grew exponentially and made his company, Platinum Equity, one of the world’s premier private equity firms, recognized by Forbes as one of the “Largest Private Companies” in the world in less than four years of being founded. Top business reports have recognized Platinum Equity as one of the leading and most important private companies in the United States, ranking 22nd on the 2015 Forbes list of the “Largest Private Companies in America”, and 5th on the 2013 Los Angeles Business Journal “LA’s Largest Private Equity Companies” list.

He was born Tewfiq Georgious on July 31, 1964, in Nazareth, Israel, as the fifth of six children of his parents. Theirs was a practicing Catholic family, with a mother of Lebanese descent and a father of Greek descent. When he was five years old, he and his family members left Nazareth and moved to the United States where they settled in Genesee, Michigan.

While attending Genesee High School, Gores participated in a variety of sports. He played guard in basketball, middle infielder in baseball, and defensive back in football. Upon completing his high school education, he advanced to Michigan State University for further studies. While there, he worked as a telemarketer and janitor to make ends meet. He completed his education in 1986, graduating with a bachelor’s degree in construction management.

After he graduated from the university, Gores helped start Ventech, a lumber logistics software firm. In 1989, he moved to Los Angeles with his wife to run the operations of the firm on the West Coast. Six years later, he started Platinum Equity in his house and began cold-calling other businesses to ask if they had units they were looking to offload. He secured his first project with a then-failing company Litigation Services, Inc., which developed computer-generated recreations of car crashes for courtroom testimony and evidence. Gores purchased the firm for $200,000, and within a period of six months, he returned it to a money-making organization. Between 1996 and 2001, the striving enterpriser led 32 significant acquisitions, including Rascal, Pilot Software, and Williams Communications. In 2002, Platinum Equity’s portfolio consisted of units in Motorola, Fujitsu, and Alcatel, and that year, Tom appeared on Forbes list of the 400 wealthiest Americans. In 2006, Platinum Equity purchased PNA Steel and sold it two years later to Reliance Steel & Aluminum Company, netting a profit of $512 million. Tom acquired The San Diego Union-Tribune in 2009. It cost him $30 million, but he sold it two years later for $110 million. He had facilitated more than a hundred deals through Platinum Equity by the end of 2009.

In 2011, using his company Platinum Equity, Tom bought the professional basketball team Detroit Pistons and their former ground for $325 million in what was reported as a “shocking bargain.” He immediately approved $10 million for the renovation of the ground. In 2015, he acquired Platinum Equity’s share in the Pistons, with the move making him the sole owner of the franchise. As of 2018, the Detroit Pistons were valued at $1.1 billion, a profit of $775 million since Gores’ acquisition in 2011. Tom is known for his relationship with the members and fans of the Pistons and equally plays a crucial role in supporting the team.

Asides from his businesses and investments, Tom Gores is known to support a number of philanthropic and charitable organizations. He was a member of the board of directors at both the UCLA Medical Center and St. Joseph’s Hospital. He also served on the trustees’ board of the Los Angeles County Museum of Art until October 2020.

Gores and his family provide assistance to the Children’s Hospital of Los Angeles and, in particular, the Clinical Immunology and Allergy division. In 2016, Tom and his wife gave $5 million to the hospital to erect the Gores Family Allergy Center, which currently provides all-inclusive care and research in allergy studies.

He launched FlintNOW in 2016. The organization is designed to raise around $10 million to provide aid to the people in Flint, Michigan affected by the water crisis in the city. Since 2009, he has donated toys to kids in Detroit and Flint through the program “Toys for Tots”. Other Detroit area organizations to which Tom has given support include S.A.Y Detroit and the Jalen Rose Leadership Academy. At the end of the Pistons 2018-2019 season Tom made a payment of $255,000 to S.A.Y Detroit which was the consequence of a pledge he made to donate $5,000 for every Pistons win in the regular season and a bonus of $50,000 for making the Playoffs.

Mr. Gores ranks on Forbes “Richest Americans” and “World’s Billionaires” lists and is one of the youngest persons ever to appear on either. His company, Platinum Equity, which he founded in 1995, is regarded as one of the world’s first private equity firms, recognized by Forbes Magazine as one of the “Largest Private Companies” in the world in less than four years of being founded. Several business publications have recognized Platinum Equity as one of the leading and most important private companies in the United States, ranking 5th on the 2013 Los Angeles Business Journal “LA’s Largest Private Equity Companies” list, and 22nd on the 2015 Forbes list of the “Largest Private Companies in America”.

Gores is married to Holly, and they both live in Beverly Hills, California with their three children.

When not serving in his position as chief executive officer and chairman of Platinum Equity, Tom Gores is on either a basketball court or a soccer field, coaching youth teams, applying the same principles of inspiration and hard work that he does to his business.

Gores’ fortune has mostly been earned from his role as the founder, chairman, and chief executive officer of Platinum Equity. Best known as a global private equity firm, this business was started by Tom back in 1995 with headquarters in Beverly Hills, California. Another income booster for the businessman is his 100 percent ownership of the NBA franchise Detroit Pistons, an investment that has seen him rake in a profit of over $775 million since 2011.

Tom Gores’ net worth is $6 billion. In 2016, he purchased a sprawling mansion in Los Angeles, California, for $100 million. He also owns an expensive condo in Birmingham, Michigan.