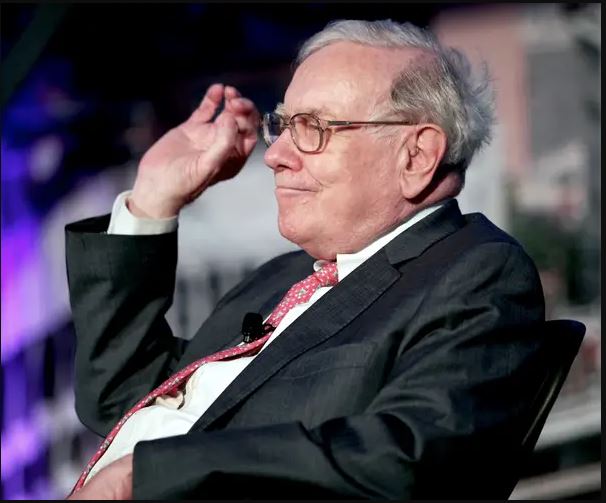 Would you like to know the richest people in the world of finance? Then, this article is exactly what you need. So, relax as we take you through.

In this article, we would also tell you those on the list of the richest people in the world of finance, that are self-made and those that made their wealth through inheritance. 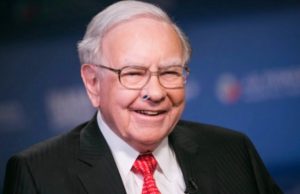 Warren Buffett is the number one man on the list of the richest people in the world of finance. He is the only son and second child to Mr. and Mrs. Leila and Howard Buffer, and he was born on August 30th, 1930, in Omaha, Nebraska. Warren is a businessman, philanthropist, and the CEO of Berkshire Hathaway.

Right from an early age and shortly after reading the book One Thousand Ways to Make $1000, he had his eyes fixed on business and the world of finance. He sold weekly magazines from door to door, chewing gum, Coca-cola bottles, golf balls as well as working at his grandfather’s shop.

Warren is a self-made billionaire and is a graduate from the University of Nebraska at the age of 19, Columbia Business School under the tutelage of Benjamin Graham. He went attended the New York Institute of Finance.

He is also known as “The Oracle Of Omaha” and Just before buying Berkshire Hathaway, a textile company which later became a holding company, he was a security analyst

He has taken part in a lot of philanthropic works including the Bill & Melinda Gates Foundation and even went ahead to form the Giving Pledge in 2009 with his friend and co-founder of Microsoft Bill Gates. Warren pledged to give 99% of his wealth to philanthropic works.

He is considered one of the most successful investors in the world thus making him the world’s seventh-wealthiest person. 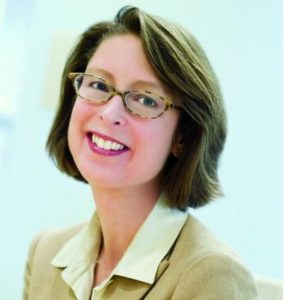 Abigail happens to be one of the richest people in the world of finance.This beautiful heiress did not get to her current position just because it was her inheritance, but she obtained a lot of training and degrees from several universities and worked hard at every job she did. So, after graduating from Havard Business school in 1988, she joined the Boston-based firm which was founded by her grandfather Edward C. Johnson II in 1946. She started as an analyst and portfolio manager and was promoted to President of Fidelity Asset Management. In 2005, she worked her way to becoming Head of Retail, Workplace, and Institutional Business. She was named president in 2012. And then in 2014, she took after her father and became CEO and chairman of the firm and became the first to introduce cryptocurrency investment at Fidelity, thereby encouraging investors to trade Bitcoin and Ethereum

She has a net worth of $28.6 billion and is happily married to Christopher McKown and is blessed with two children.

She is among Forbes 50 most powerful women in the world and is the first and only woman to serve on the board of the Financial Services Forum. 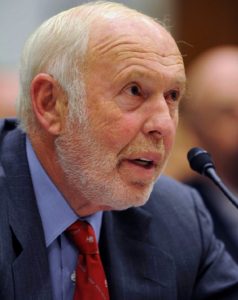 James Harris Simons is among the richest people in the world of finance. He was born on the 25th of April 1938 to American-Jewish parents. His father Mathew Simons was the owner of a shoe factory, while his mother Marcia was a distant relation of Georg Cantor.

By the time James had gotten to 23years of age, he had gotten a BSc and Ph.D. in mathematics from the Massachusetts Institute of Technology and the University of California, Berkeley respectively. He has contributed a lot to the mathematical science field and was a code breaker for the US department of defense during the Vietnam war after which he left and started his own company by name Renaissance Technologies, a hedge fund, and a quantitative trading firm based in New York.

He has been a member of the philanthropic group founded by Warren Buffett and Bill Gates, The Giving Pledge since 2010. 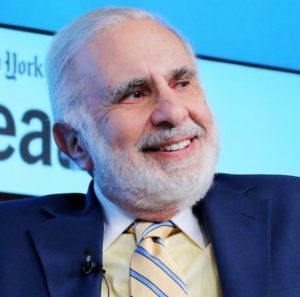 Carl Celian Icahn was born on February 16, 1936. Just like James Simon’s, Carl is a hedge fund founder and businessman, be started his career as a stockbroker on wall street. He has a reputation as a “corporate raider”. This was due to his hostile takeover of several companies including Trans World Airlines in 1985, Lear Coepweations, and many more. He has so many shares in numerous companies including  RJR Nabisco, Philips Petroleum, Viacom, Marvel, Time Warner, Netflix, Herbalife, Adventrx Pharmaceuticals, Vector Group, and more

In August 2017, he resigned from office as the special adviser to President Trump on regulation. 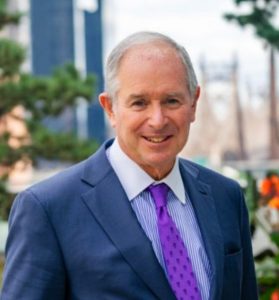 Stephen Allen Schwarzman is an American investor, businessman, and philanthropist born February 14, 1947, to the Jewish family of Arline and Joseph Schwarzman. He’s a graduate of Yale University and Havard Business School.

After completing his studies from Havard Business School, he worked at Lehman Brothers, an investment bank as the managing director and by the year 1985, he co-founded The Blackstone Group with his boss Peter Peterson. Their company started phone as a mergers and acquisition company and then gree into real estate, business acquisition, alternative assets, direct lending, and many more, and today it manages $500 billion in assets.

With a net worth of $19 billion, he has been named twice as one of Bloomberg’s 50 Most Influential people of the year and also listed among Time’s 100 Most Influential People in The World. And with a huge pay package of $786 million, he became the highest-paid private equity executive. 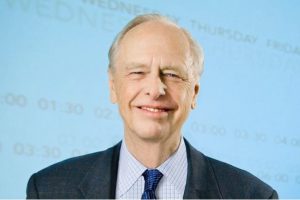 Edward Crosby “Ned” Johnson III born June 29, 1930, is an American businessman, billionaire, and investor. The company Fidelity was founded by Johnson’s father, Edward Johnson II, in 1946. Later Johnson became the Chief Executive Officer (CEO) of Fidelity and for about four decades, he held the position of CEO of Fidelity.

Fidelity is one of the biggest mutual fund managers, in the U.S. Johnson, later handed over the company to his daughter Abigail Johnson.

It is also nice to note that, Johnson also has a massive art collection. 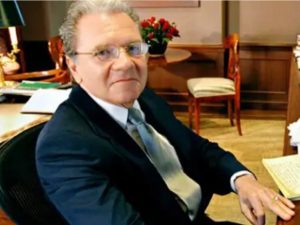 Thomas Peterffy is among the richest people in the world of finance. He is known for his staunch opposition to socialism, Peter Peterffy is an American business tycoon. Born September 30, 1944, and brought up in Hungary, he immigrated to the United States of America in 1965 where she started as a Software designer and bought a seat on the American Stock Exchange to trade equity options.

In the early ’80s, Peterffy introduced handheld computers into the trading floor and s known today for developing the first electronic teasing platform of securities. He is the founder and CEO of Interactive Brokers a discount trading company that was created in 1995.

He is considered to be the father of modern trading. 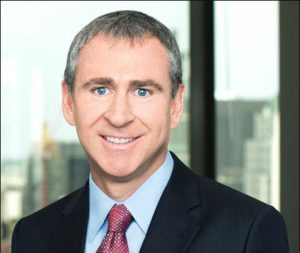 Ken Griffin is an American businessman and investor, who was born on the 15th of October, 1968. He is the founder of Citadel, which is a Chicago-based hedge fund. He attended Harvard University and while he was in school, began trading in the year 1987. After three years, in 1990, Griffin began Citadel.

He worked so hard and in 2018, he was among Forbes’ list of most powerful people, and also in 2019, he was among their list of highest-earning hedge fund managers. In 2019, he bought a penthouse that overlooks Central Park in Manhattan for $238 million. He has a great art collection which is worth millions of dollars and he is also a proud owner of two private jets. 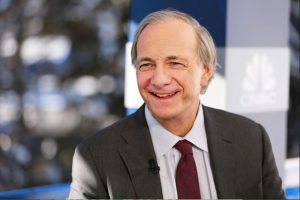 Ray Dalio was born on the 8th of August, 1949. He is an American businessman and happens to be one of the richest people in the world of finance. He is the founder of Bridgewater Associates. His hedge fund is among the biggest in the universe and it manages a huge portfolio of about $160 billion in global investments. When it comes to management, he is strict and transparent. Dalio motivates himself constantly with the saying: history repeats itself and fervently keeps records of decisions he made that did not turn out successful.

Currently, he has retired from management related roles and only takes part in investment strategies. Since he has made a huge fortune for himself, he has signed the “Giving Pledge” and is committed to donating a large amount of his fortune to charity. In a YouTube video, Dalio shared his “investment secrets,”  though it was in an unorthodox way, for hedge funder. 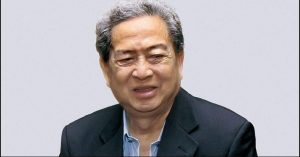 He was born on the 28th of April, 1940. He is an Indonesian businessman. He amassed a massive fortune through several businesses that range from tobacco, telecom, and banking.

His father founded a cigarette company, Djarum, and later he and his brother Michael Bambang Hartono began to oversee the affairs of the company. He is the biggest shareholder in the Bank of Central Asia. 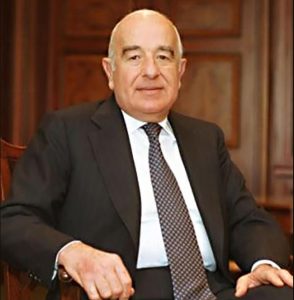 Joseph Safra is the world’s richest banker and was born in Beirut, Lebanon in the year 1938. The family had ancestors from Syria who were into banking. In 1952, his family relocated to Brazil and his dad worked in the financial industry, Sao Paolo. Joseph later joined the financial industry and started his own company Banco Safra in the 1960s.

As the richest banker in the world, Joseph owners one of the biggest banks in Brazil known as Banco Safra and he also owners J. Safra Sarasin, which is a private bank in Switzerland. Joseph and his wife Lily are the founders of the Edmond J. Safra Foundation, which gives charity around the globe. 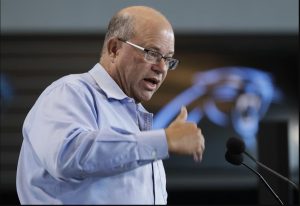 David Tepper was born on the 11th of September, 1957. He is an American and he is known by Forbes as “arguably the greatest hedge fund manager of his generation.”  Tepper was one of the co-founders of Appaloosa in 1993, which is a hedge fund company and presently manages a huge $13 billion.

He attended the University of Pittsburgh and Carnegie Mellon. Before Tepper founded Appaloosa, he worked for Goldman Sachs. In 2018, Tepper purchased a football team called Carolina Panthers for $2.3 billion. 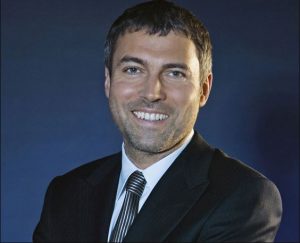 Petr Kellner was born on the 20th of May, 1964. He is a major investor and happens to be the richest man in the Czech Republic. Petr Kellner kicked started his business career with the selling of office equipment. He later borrowed $1 million and started an investment fund. It was through this fund he was able to achieve a strong controlling stake in an insurer at the period of its privatization. He happens to be a vital shareholder in PPF Group N.V., which is a Dutch holding company. It is also vital to note that the Czech consumer finance company, Home Credit is one of the companies in which their investment firm has a controlling interest. 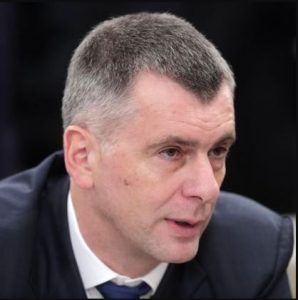 Mikhail Prokhorov is a Russian tycoon and he is one the richest people in the world of finance. He was born on the 3rd of May, 1965. He is a self-made man and he is the originator /owner of Onexim Group, which is a Russian private investment firm. He is also a stakeholder in banks like Renaissance Credit and Renaissance Capital.

He was the owner of the famous basketball club Brooklyn Nets, which he bought $400 million in 2009 when it was called New Jersey Nets. After 10 years, that is in 2019, he sold the NBA club for $2.35 billion. Earlier this year, to be precise in June 2020, Onexim Sports Entertainment closed The Nassau Coliseum in Long Island. 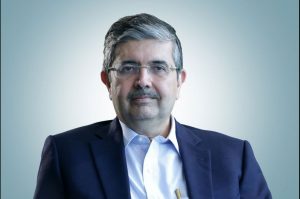 Uday Kotak happens to be the 15th man on our list of the richest people in the world of  finance. He is among the top richest bankers in India and he was born on the 15th of March, 1959. He owns and runs the Kotak Mahindra Bank, which is based in Mumbai, India. The bank was founded in 1985, though then it was just a finance firm and later metamorphosed into a full bank in 2003. The bank has a present worth of 34.6 billion dollars and about 60,000 employees.

I hope you enjoyed this article about the richest people in the world of finance. Please, kindly drop your comment below.