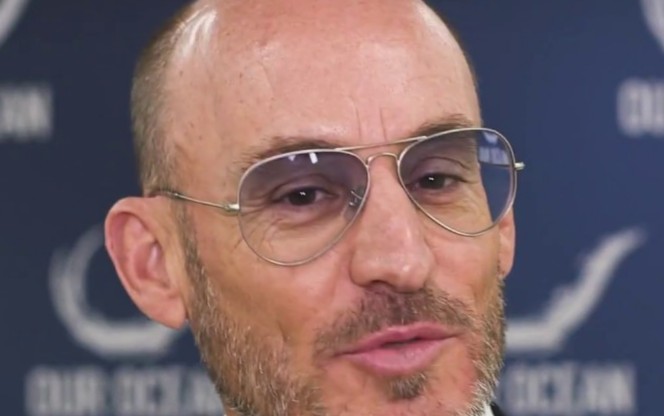 Widely recognized and respected as a devoted philanthropist, American businessman Ted Waitt is best known for being a co-founder of Gateway, Inc. He has tried his hands on several other businesses as well, and all that information as well as Ted Waitt biography, accomplishments and life history has been included in this beautifully articulated piece. Simply read on for more.

Theodore W. “Ted ” Waitt was born on January 18, 1963 in Sioux City, Iowa, United States. He was also raised in the city where he was born, by his parents Joan Louise Gaston Smith and Norman Wendel Waitt Sr. He is the youngest child of his family, and his three elder siblings include, sisters Marcia Joan Waitt and Cynthia Louise “Cindy” Waitt, and brother Norman W. Waitt Jr.

For his education, Ted attended the University of Iowa. However, he abandoned his studies midway and left the university without earning a degree.

On September 5, 1985, Ted teamed up with his elder brother Norm Jr., and Mike Hammond and the three of them established the company Gateway 2000 with a loan of $10,000 that was secured by Waitt’s grandmother. The company started out on Waitt’s father’s cattle farm in Sioux City, Iowa, and later moved to Sergeant Bluff, Iowa. Eventually, the company moved to North Sioux City, South Dakota, where the founders continued to develop their  branding, complete with computer containers printed in a white and black Holstein cow pattern.

Thirteen years after Gateway was formed, Waitt led a move of the headquarters of the company from South Dakota to Poway in California. He relinquished his position as the chief executive officer of Gateway towards the end of 1999 to Jeffrey Weitzen , but reclaimed the position in January 2001.

According to an article published by Fortune Magazine in September 2002, Mr. Waitt sold $1.1 billion worth of Gateway stock during the dot-com era. In August 2007, the company was acquired by Acer Inc. for $710 million or $1.90 per share.

Labeled an individualist by national business and technology publications, Ted has gone on to establish four enterprises that are his primary interests. They include: Waitt Institute, the Waitt Foundation, Waitt Institute for Violence Prevention which is a nonprofit organization dedicated to improving mankind’s knowledge through scientific and historical exploration, and Avalon Capital Group, Inc., a completely owned, billion-dollar private investment firm with diverse interests in health care, energy, technology, finance, and real estate.

In addition, Ted Waitt is a former chairman of Salk Institute for Biological Studies Board of Trustees, occupying the position from November 28, 2016, until November 20, 2017. He originally joined Salk Board of Trustees in 2004 and has occupied numerous roles while contributing millions of dollars to the institute.

Ted Waitt is a recipient of an honorary doctorate presented to him by the University of South Dakota. He has been featured on many lists by Forbes magazine. He has held a position on both the Forbes list of the World’s Billionaires as well as Forbes 400 Richest in America. He has also been included on Fortune Magazine’s list of the wealthiest self-made Americans under 40 years of age in the United States, titled “40 Richest Under 40”.

This businessman has married twice in his lifetime. His first marriage to Joan Theresa Peschel produced four children, including Sophia Marie, Maxwell Griffin, Hailey Peschel, and Emily Rose. The two have since divorced.

He is currently married to former American model Michele Merkin. His eldest daughter, Hailey, is married to Jordan Gafa, a retired soccer player. He was romantically connected to Ghislaine Maxwell after the end of her relationship with Jeffrey Epstein.

Also well-known for his kindness and philanthropic gestures, Ted Waitt was named by Business Week as the 50 most generous philanthropists in America due to his work and accomplishment with the Waitt Foundation. His Foundation funds projects and partnerships, sometimes in collaboration or conjunction with the Waitt Institutes, paid keen interest on marine conservation. Established in 1993, the Waitt Foundation initially focused on community development and domestic violence prevention.

In 1998, at the peak of his success and prominence, Ted Waitt, an American businessman and entrepreneur, was a multi-billionaire with an estimated fortune of $4 billion. His fortune came with the rise of dotcom, and also tumbled during the dotcom bubble’s crash and as his company Gateway experienced fierce competition from big companies like Apple and Dell. In 2002 Ted sold $1.1 billion of his company’s stock and the company was bought by Acer Inc. in 2007. In 2008, Forbes Magazine listed Ted Waitt net worth at approximately $1.4 billion. The following year, Waitt fell off the list of billionaires with a net worth of around $900 million. Forbes suggested that the slump from the previous year was due to “souring real estate” and also a divorce settlement. After the end of his marriage to first wife Theresa Peschel, he reportedly paid her $100 million in settlement.

Mr. Waitt is said to currently worth $800 million. He is the owner of several expensive properties scattered across the United States. He owns homes in Hollywood Hills West Los Angeles and in La Jolla, California. He also owns a mansion in Beverly Hills, California, and a $34 million home in Malibu, California which he purchased from t-shirt tycoon James Perse in 2020.