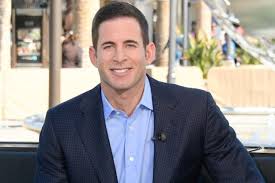 A real estate agent turned investor, television personality and millionaire, Tarek El Moussa is a household name in America. A savvy businessman who learned to utilize varying moods of market to his own benefit, this successful individual is the embodiment of the ultimate American dream. He furthered his success by hosting the television show “Flip or Flop” with his wife, Christina, and turned his experience in the real estate markets into a hugely refreshing viewing for TV audience. He co-owns a real estate investment corporation, the “Tarek and Christina: The El Moussa Group”. Tarek El Moussa net worth is estimated at $10 million.

Tarek is of American and Moroccan ethnicity. While his mother is American, his father was a Moroccan born in Egypt. Tarek was born on 21 August 1981 in Long Beach, Southern California, United States.

When his parents divorced and his mother remarried, he got to spend time with his mother, father, and stepfather.

Several sources mention that at least, he completed elementary education, but there are no official records on what schools or college he went to. 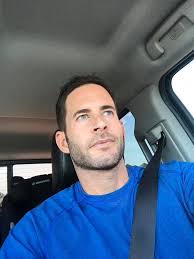 Upon completing high school, Tarek started to work as a real estate agent and in a little time, proved himself a successful salesman. He set out to set up his own business and submitted applications for the license to become an agent himself. He was 21 years old when he received his license and since then, there has been no looking back.

Sooner than he expected, Tarek started to dominate the real estate business in various California counties. It was during his time working as a real estate agent that be met his future wife Christina. Things were going on well till 2008 when the American real estate market witnessed a major crisis, and Tarek and Christina became financially unbalanced. They decided to move to a cheaper home and began exploring new ideas in order to cope with the situation at hand. Tarek decided to acquire homes put up for sale at nominal prices, which he would renovate and later sell in the market. This brought in higher profit and the financial situation of the couple started improving. They gained their first profit after the sales of a house which they bought for $115,000. They made a profit of $34,000 after selling the renovated house.

In 2011, with the aim of pitching a new reality show to TV network HGTV, Tarek and his wife recorded themselves buying homes put up for sale, renovating and selling them. The television network board was impressed with their tape and felt they could merit from the idea. The couple were approached with a proposal to host a show demonstrating their work, every week, and Tarek accepted the offer. Terek and his wife Christina signed a contract with the HGTV network in 2012 and then the reality TV show “Flip or Flop” came into being.

The show “Flip or Flop” demonstrated the husband and wife buying properties put on sale and subsequently renovating and selling for a bigger profit. The first episode of the show aired on April 16, 2013. The show became commercially successful and ran for seven consecutive seasons. Tarek and Christina became a popular name all over America and glimpses of their wonderful family life with two kids made them loved the more by their audiences who came to love them and their works on the television show and outside it as well.

While hosting the first show “Flip or Flop”, Tarek started to host another show in the network. He has launched a flourishing real estate agency in collaboration with Christina, known as the “El Moussa Group”. This agency mainly concentrates its focus in the Orange County, California, which recorded one of the biggest foreclosure rates in the entire United States of America. Terek’s business has also been expanded into several states in the country, including Nevada, Arizona, and more others.

Tarek El Moussa net worth is estimated at $10 million. 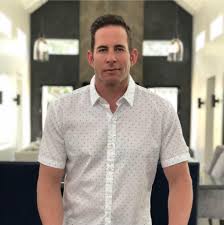 Tarek was married to Christina El Moussa. The couple appeared to have the most wonderful life, but all was not rosey as it appeared on television. Asides Tarek’s deteriorating health which also took a toll on the marriage, the couple separated after 7 years of marriage on the basis of infidelity from both sides. They were granted divorce in 2016 and for the sake of their two children, they are determined to stay friends. Tarek continued to host the reality television show ‘‘Flip or Flop’’ with ex-wife Christina, who is now married to English TV presenter Ant Anstead.

Tarek is a real estate agent turned investor and reality television show host. In the early seasons of the TV show “Flip of Flop”, Tarek earned a paltry $10,000 per episode total, working out to around $130,000 for the entire first season. With time the show became more popular and Tarek became even more valuable. The third season saw him earn $40,000 for each episode and approximately $600,000 at the end of the season. Season five and six saw him earn even higher, up to the last season of the show which was filmed upon the completion of his divorce from co-host Christina. As a real estate agent, he earns even more. He is a co-owner of the American real estate agency “The El Moussa Group”.

Tarek El Moussa net worth is estimated at $10 million.