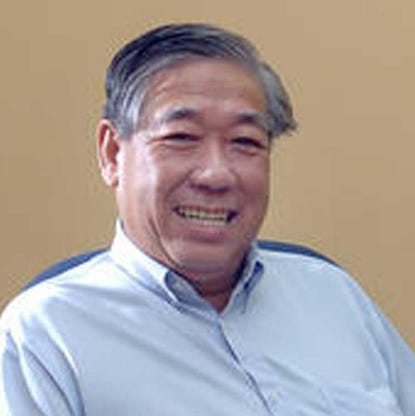 Mr. Tan Boy Tee has been the non-executive director and chairman of Beng Kuang Marine Ltd since 28 April 1998. He has chaired Labroy Marine Limited since 1996 and is mainly tasked with the responsibility of ensuring the general administration and business development, strategic planning and leadership of the Labroy Group. The Singaporean business tycoon has been with Labroy Marine Limited since 1980 when it was incorporated and was in the business of buying and managing tugs and barges, container vessels, tankers, and offshore vessels before the company was subsequently listed in 1996.

Tan is best recognized for founding tug and barge Labroy, a business which he later sold for $700 million before diversifying into hotels through his holding investment company Bestford Capital, which is headed by his two sons to control all the family’s various businesses and investments. In 2015, the family purchased a majority interest in the 89-hotel Red Roof Inn portfolio for roughly $841 million.  Recently, they have purchased many more properties and assets, including a Park Hyatt in Washington DC (for $140 million), Boston’s extravagance mixed-use development Battery Wharf Hotel (for $70 million), and also a 120-room property on the location of the historic Brooklands racing circuit known to be the Brooklands Hotel (for $40 million). Tan is also recognized for his role as the Patron of the Ulu Pandan Citizens Consultative Committee. He has been at the forefront of business in Singapore for the most part of his life and isn’t looking like a man who is considering hanging his jersey in retirement from the game. After several decades of actively participating in a wide array of lucrative businesses, chairman Tan has made enough wealth to be included on the list of the wealthiest people in Singapore. Full details are below.

Tan Boy Tee was born in Singapore to Singaporean parents. Now, details of his family and close relatives haven’t been given to the media by either the businessman or his representatives. There has also been no comments on his date of birth or educational history, as all efforts by our team to establish related information from either the chairman or his reps have proven to be fruitless.

The name “Tan Boy Tee” may sound funny by many standards, but neither this name nor the bearer is a joke in the business world. Mr. Tan is a Singaporean business magnate who is known and respected for his interests in the oil and gas business. However, recently, using the privately held Bestford Capital Ltd which he manages with his sons he has diversified into hotels, thus further expanding his already vast business portfolio.

The Bestford Capital group has reportedly collected more than half a dozen properties and assets around the United States, including the Park Hyatt in Washington D.C., which they sold for $100 million in 2020. In February, Bestford Capital splashed $70 million in the acquisition of the Battery Wharf Hotel in Boston.

Their portfolio also includes properties in the United Kingdom and Japan, and, strangely enough, none in Singapore so far. While most of their property and hotel acquisitions have been in the luxury and upper-upscale segments, the investment company is now looking at the down market, probably a sign that cross-border acquisitions aren’t only seeking out grand properties in top regions. It is also scoping out and acquiring positions in American hotel companies. Their latest acquisition is Red Roof Inn. According to a report by The Straits Times, Bestford Capital purchased a majority stake in the Red Roof Inn chain of hotels, which, in recent times, has been expanding beyond North America. In the course of acquiring Red Roof, Bestford partnered with another company known as Westmont Hospitality to submit a winning offer of about $841 million.

The millionaire businessman was married to his wife for many years until her death.

He is the father of two sons, Thomas and Terry, who also work with him in his flourishing business.

He resides in Singapore where most of his businesses are headquartered.

Mr. Tan Boy Tee’s net worth is said to be $800 million as per the most recent evaluation. The Singaporean businessman is best known as a Marine tycoon who has forayed from the gas and oil industry into the booming hotels’ industry. He owns the Bestford Capital investment group which he controls in collaboration with his two sons. Their investment company has completed many noteworthy deals in recent years which has seen the family acquire several hotels and assets in the United States, in the United Kingdom, and in Japan. Some of the acquisitions include the 89-hotel Red Roof Inn portfolio (for $841 million), the Park Hyatt in Washington DC (for $140 million), Boston’s extravagance mixed-use development Battery Wharf Hotel (for $70 million), and the Brooklands Hotel (for $40 million).

Mr. Tan has also occupied the position of chairman and non-executive director of Beng Kuang Marine Ltd since 1998 and has also been serving as the chairperson of Labroy Marine Limited since 1996.