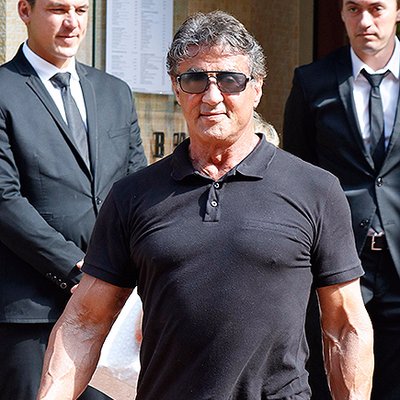 Sylvester Stallone whom we all know and love as Rambo is one of America’s most talented stars of all time. He is indeed a formidable character who continues to create beautiful plays not considering his age. This article is about Sylvester Stallone biography and other interesting facts about him.

It is sad to note that some individuals are bent on distributing false information. Sylvester Stallone is not dead; the 71-year-old actor even took to Social Media recently to debunk these rumors. He has also appeared in the NBC television series.

Sylvester Stallone is an American Actor, Director and screenwriter, born on the 6th of July 1946 in Gritty Hell’s kitchen, New York to Jacqueline ‘Jackie’s Stallone; an astrologer and Frank Stallone;  a hairdresser and beautician.

His father, Frank was an immigrant from Italy and his mother, Jackie was half French and half German.

During Sylvester Stallone’s birth, his mother encountered some complications that required the midwife to make use of the forceps which severed his nerves and caused the left side of his face paralyzed.

In 1956, his mother sued for a divorce due to his father’s drunken brawls leaving him to grow up with his mother and little brother (Sylvester was nine year old).

While growing, Sylvester was bullied by his classmates due to his odd Lisping, but he also gave it back to them. At the age of 15,  he was sent to Charlotte Hall Military Academy due to his aggressive behavior. While there he started going to the gym which stopped his classmates from making fun of him. He attended Notre Dame Academy, Lincoln High school, Philadelphia and Charlotte Hall Military Academy before going to college.  He attended the American College of Switzerland and then the University of Miami getting a B. A.  Degree.

While still getting minor roles in films,  he supported himself working first as a doorman,  then a bouncer in a restaurant and lastly as a cage cleaner in a nursery.

Sylvester Stallone’s acting career took off in the film ‘The Lords of Flatbush’ in 1974. From then on, he got more television and film roles.

Sylvester Stallone was also eager to be recognized as a screenwriter, not just as an actor. He got the inspiration for his first screen script by the 1975 fight between Mohammed Ali and Chuck Wepner. This got him to write a Film script about a non-important fighter given the opportunity of a lifetime to challenge for the heavyweight title. The movie for the film script was released in 1976 and titled ‘Rocky.’

He followed up his film script with another titled ‘F. I. S. T’ which was released in 1978. It was loosely based on  Hoffa, the Teamsters boss, ‘Paradise Alley’ and also the sequel to Rocky which did not get much achievement as the first one but still got strong box office numbers.

His subsequent films Nighthawks and Victory in 1981 did not excite the audience as much, so he went back to the territory he was familiar with thus releasing  Rocky III in 1982.

Sylvester ‘s role as John Rambo,  the creation of Canadian born writer David Morrell in his novel which was adapted to screen was a smash.  He got the lead role in the film ‘First Blood’ which was released in 1984 also starring Brian Dennehy and Richard Crenna .

The sequel quickly followed in 1985 and was titled ‘Rambo: First Blood Part II’. His part in the sequel sealed him as one of the top male actors of the 1980s. He released Rocky IV in 1985 still riding on his fame.  Rocky IV was somewhat controversial due to its violence level that seem excessive compared to the past Rocky films. Sylvester continued ahead playing macho roles in films which was always received with mixed reactions from his fans. In 1998, Sylvester Stallone starred vocally in animated adventure ‘Antz’.

Due to the nature of his roles in films, he has sustained numerous injuries,  one being a broken neck.

Sylvester Stallone has gotten so many awards,  some of them include;

Sylvester Stallone married his first wife, Sasha Czack early in his acting career in 1974. They had two sons, Sage, and Seargeon. Sage was diagnosed with a degenerative disease and later died of heart disease in 2012. His other son died at the age of 36. His wife sued for a divorce in 1985 due to his numerous affairs and also demanded compensation for $33 million.

He married his mistress, Brigitte Nelson on December 15, 1985, shortly after his divorce but divorced two years later in 1987, Brigitte getting $1 million from the separation.

Sylvester Stallone married his third wife, Jennifer Flavin and divorced after some time.  After the divorce, he indulged in lots of affairs. He came back to Jennifer Flavin at the age of 66, apologizing for cheating and they got married again. They have three daughters together, Sophia is born in 1996, Siltine born in 1998 and Scarlet born in 2002.

Jennifer Flavin filed for divorce on August 19, 2022 from Stallone after 25 years of marriage.

Sylvester Stallone is currently worth an estimated $400 million. 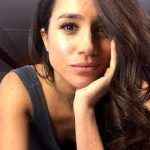