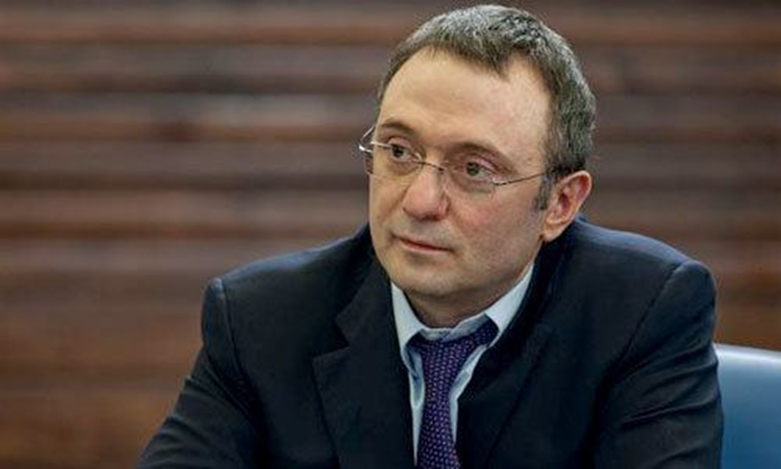 Suleyman Kerimov is a Russian business tycoon, with a diverse portfolio of investments. Born into economic hardship, Suleyman Kerimov aspired towards success from an early age. He ranks among Russia’s wealthiest businessmen, and his interests span the full spectrum, with an insatiable entrepreneurial appetite, and a fierce determination to succeed. His multi-faceted personality has allowed him to flourish in politics where he serves as a Member of the Federation Council and represents the Republic of Dagestan.

His business career began to take off as he served in his capacity as the Deputy Director-General of Eltav, as the in-charge person with Fedprombank. His business acumen allowed him to broker major investments with loans to utility companies, and sales of strategic assets. By 1999, his business empire was already starting to take shape, with the purchase of Nafta Moskva, a company on the brink of bankruptcy at the time.

He later bought massive stakes in largest bank in Russia Sberbank, and global energy company Gazprom. His initiatives at Polymetal – Russia’s largest gold and silver mining corporation were tremendously successful. Beginning in 2008, he divested most of his Russian-owned assets, into a multinational portfolio, comprising significant interests in RBS, Credit Suisse, Fortis, Deutsche bank, Morgan Stanley, Goldman Sachs, and others.

From a personal perspective, philanthropy has always been at the forefront of Kerimov’s mind, with substantial resources being channeled towards charitable causes, courtesy of the Kerimov Foundation. After suffering a near-fatal car crash in which he was severely burned, he dedicated his life towards helping others. His family is near and dear to his heart, and they are the major shareholders of Polyus Gold, the largest gold producer in Russia.

Suleyman Kerimov was born on 12 March, 1966, in the city of Derbent, in Dagestan. His formative years were marred by economic hardship, but that only served to fuel his fierce determination to succeed. He had grandiose aspirations of helping those around him, particularly his countrymen who were slumbering in poverty. He graduated from high school in 1983, and enrolled in the Polytechnic Institute of Dagestan, where he studied engineering.

After a pause for his national service, he returned to his studies in earnest at the Dagestan State University, and graduated in 1989 with an economics degree. After graduation, he worked for an electrical company in Makhachkala where he lived in a worker’s hostel with his wife Firuza. His economic studies guided his business decisions, as he bought up one distressed company after another. The 2008 financial meltdown played havoc on his financial fortunes, but he went long on Polyus Gold and turned his fortunes around, all over again.

Unassumingly reserved, Suleyman Kerimov is deliberate in his strategic mindset, and focused in his actions. These personality traits ultimately guided him towards tremendous financial success.

Suleyman Kerimov’s auspicious career began with Eltav electrical in Dagestan’s capital, Makhachkala. After many years of hard work, he assumed the role of Deputy Director General at Eltav. By 1993, Kerimov was in charge of relations between Eltav and Fedprombank. Suleyman Kerimov leveraged his experience in banking and finance and brokered loans to large utility companies. This allowed them to continue providing essential services to their customers. As the Russian economy staged a recovery, Kerimov’s business acumen was instrumental in stabilizing critical sectors of the Russian economy.

By advancing loans to utility companies, he was able to generate a handsome ROI and build up a substantial portfolio in the process. Rather than adopting a strategic focus in state-backed assets, Kerimov played the long game by investing in companies and then divesting after a few years. In this vein, he was able to act as a financial investor, with an eye for lucrative deals.

A strong proponent of integration, Kerimov had broad-based global aspirations. He quickly set about building a substantial portfolio of investments abroad. These, included controlling interests in the European financial system, and the US financial system, through multinational conglomerates such as RBS, Fortis, Morgan Stanley, Deutsche Bank, Goldman Sachs, and Credit Suisse. Also in 1999, he purchased the major oil trader, Nafta Moskva. This company succeeded Soyuznefteksport as the oil exporter for the Soviet Union. According to records, Kerimov purchased the bankrupted Nafta Moskva for a nifty sum of $50. By leveraging its assets as collateral for raising loans, he was able to expand his financial portfolio, with multiple business interests.

By 2004, Nafta Moskva had already initiated major purchases of state-owned blue-chip companies, notably Sberbank and Gazprom. In fact, Kerimov used much of his own money upfront for financing these investments. One of his greatest strengths as an investor/entrepreneur is his ability to secure capital for loan purposes. An acute understanding of the global financial markets, and an ability to shrewdly negotiate favourable deals has been his strength over the years. Close relationships with influential people have certainly helped him to become a business titan in Russia, and globally.

By 2006, he set his sights abroad. The former head of Merrill Lynch Russia, Allen Vine was instrumental in assisting Kerimov amass a substantial portfolio of assets. Unfortunately, in the same year Kerimov was involved in a near-fatal collision – a car accident. Suffering severe burns, he lay in hospital for months on end, sporting skin-coloured gloves to hide the burn marks and scars to his body. Misfortune plagued him with the global financial meltdown. After selling all his assets in Russia, he was left with approximately $20 billion in cash holdings.

Kerimov used his capital to buy abroad, despite the slow-down and the prolonged bear market, he had faith in a rebound. With almost all of his assets wiped out, he brokered deals and focused his energy on Russia once again. He bought a construction company named PIK. And by 2009 he had snapped up approximately 40% of Polyus Gold – Russia’s largest gold producing company. By 2020, that investment paid off as the price of gold rebounded sharply and his ownership interest paid off handsomely.

During the pandemic, gold gained favour as the de facto investment of choice for many, and he profited accordingly. According to estimates, his net worth swelled to $24.7 billion, making him the wealthiest person in Russia at the time. Is estimated that the bulk of his net worth is attributed to his controlling interest in Polyus Gold. His career is a multi-faceted success story, from beginning to end.

An avid sports enthusiasts, he has invested heavily in the Russian football club Anzhi Makhachkala, which he bought in 2011. The club achieved global recognition, because of his strong investment-driven focus. Various high-ranking international footballers joined the club, making it a well-known brand to the Russian market. Through his efforts, he was able to construct a brand-new stadium – Anzhi Arena – for the team.

Nowadays Kerimov fulfilled a lifelong passion to effect his homeland changes through the political sphere. He serves as a Senator in Russia’s upper house of parliament representing the Muslim republic of Dagestan. 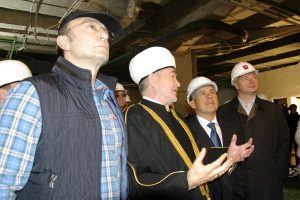 Suleiman Kerimov with the Chairman of the Spiritual Administration of Muslims of the Russian Federation and the Council of Muftis of Russia, Mufti Sheikh Ravil Gainutdin

On March 20, 2017, Russian President, Vladimir Putin bestowed the Order for Merit to the Fatherland, II Degree on Suleyman Kerimov for his outsized contribution to the development of parliamentarianism and legislation. In 2016 he was awarded for his outstanding social contribution to the Republic of Dagestan. In 2013 received an award from the International Federation of Associated Wrestling Styles.

Suleyman Kerimov, like other leading Russian billionaires, is fiercely private about his personal life and family. He has not given an interview in decades, and he is said to be multiple steps ahead of everyone he talks to in the financial world. A modern day Russian equivalent of Warren Buffett, with a style all his own.

Imbued with a deep appreciation for academia, coupled with the sharpest business mind, he quickly excelled through life, employing all the lessons he had learned along the way. An extravagant, yet private man, he is difficult to read, but unflappably brilliant in what he does. He is married and has 3 children.

Kerimov donates to mosque and church constructions and sends thousands of pilgrims to Mecca on Hajj annually. During the pandemic, he provided medical equipment and technology to hospitals, including x-ray equipment, PPC, and bonuses for healthcare workers as they battle the coronavirus.

In 2021, Forbes magazine ranked this Russian business tycoon and his family at #135, with an estimated net worth of $18.9 billion, largely through his ownership stake in Russia’s biggest gold producing company, Polyus Gold. He was the #1 richest billionaire in Russia for quite some time, before the pandemic and slow recovery took root.