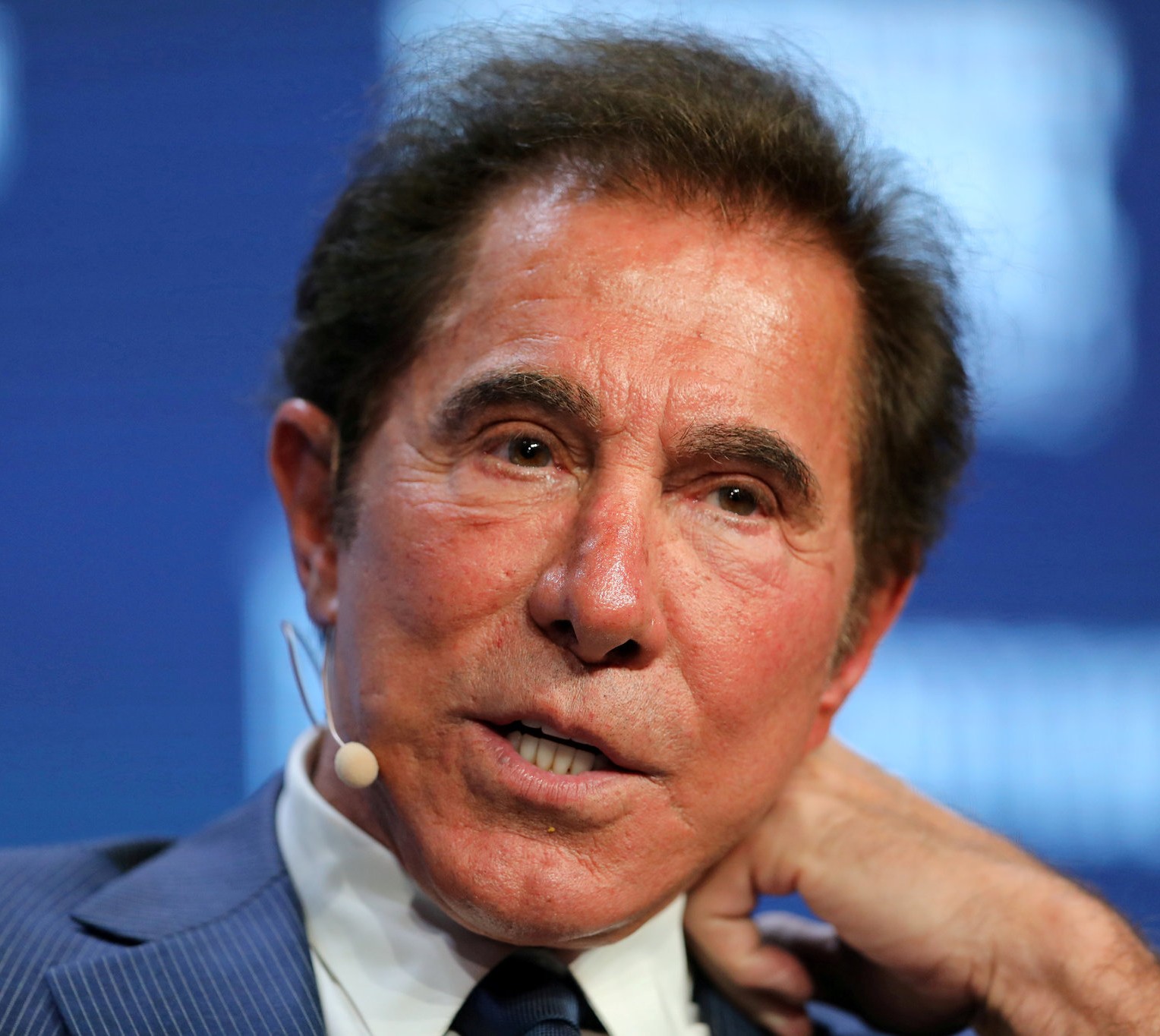 American businessman Steve Wynn is probably best famous for building elite-level casinos like The Bellagio and The Mirage in Las Vegas. He is notorious for building luxurious properties costing huge amounts of dollars, and is one of the top developers in Las Vegas having administered the building and development of several extravagant resorts like Encore Las Vegas, Wynn Macau, and Wynn Las Vegas. Son of an innovative bingo-parlor operator, Steve enjoyed many privileges during childhood as his father’s riches covered most of his needs and expenses. He inherited his father’s entrepreneurial intelligence and his mother’s aesthetic sagacity and grew up to be a brilliant young man capable of making positive decisive projections in his business. His father did not want him to carry on with the bingo business so Steve was sent to the University of Pennsylvania where he would study, graduate from, and engage in a more reputable profession. However, his father died before Steve graduated, sinking the family into grave debt. Aged 21 at that time, Wynn gave up on his studies at Yale Law School and took over his family’s business continuing from where his father stopped. Working tirelessly, he re-built and expanded his father’s ventures and over the next years that followed, rose to become one of the leading hotel and casino moguls in America.

Stephen Alan Weinberg was born in New Haven, Connecticut, United States on January 27, 1942. His father Michael controlled a chain of bingo parlors while Zelma his mother was a devoted homemaker who catered for Steve and his brother Kenneth, and nurtured them into maturity. Steve was six years old when his father changed the last name of the family from “Weinberg” to “Wynn”.

In spite of being a successful and creative businessman, Michael developed a serious addiction to gambling and lost most of his wealth. Nonetheless he was resolute to give his children a good life and encouraged his first son Steve to study well so he could pursue a better profession instead of joining in the bingo business.

Steve Wynn graduated from the Manlius School in 1959 and then enrolled in the University of Pennsylvania. He lost his father during an open-heart surgery in March 1963. He died at the age of 46. This was heartbreaking for Steve and the rest of the family, but it did not prevent him from graduating with a Bachelor of Arts degree in English literature that same year.

Following the death of Steve’s father, Michael Wynn in 1963, the family plummeted into financial crisis and heavy debts as Michael left behind betting debts that accumulated to $350,000. Since Kenneth Wynn was only ten years old then, the responsibility of providing for the family fell upon Steve’s shoulders. Along with his new wife, Steve took control of the family business and continued from where his father left off. He worked hard and put in maximum efforts to re-establish the business and save his family from the financial crisis they found themselves in. Within the period of a year, the business had grown and expanded, and eventually began to look more profitable.

In the year 1967, he moved to Las Vegas and was able to buy a stake in the Frontier Hotel & Casino. He became associates with E. Parry Thomas who was famous to be a leading influential banker in Las Vegas. Thomas, who was the then president of the Bank of Las Vegas, which was the only bank that would extend loans to Las Vegas casinos at the time, helped Wynn in securing several land deals.

In 1971Wynn obtained a controlling interest in a landmark downtown casino called the Golden Nugget Las Vegas. He renovated the casino and expanded it to a resort hotel and casino from the gambling hall that it formerly was. The refurbished Golden Nugget became a massive tourist attraction, and this was exactly what Steve and his friends wanted all along.

During the 1980s, he built a 3,044 room Polynesian-themed hotel and casino resort known as the Mirage. It was the first time Steve Wynn was involved with the plan and construction of a casino. The hotel, which was launched in November 1989, featured modern and thrifty themes like an erupting volcano which eventually made it one of the most worthwhile casinos in Las Vegas.

He worked on constructing an even more extravagant resort, Bellagio, in the 1990s. Estimated to have cost about $1.6 billion, the resort is without a doubt one of the most spectacular hotels in the world. Opened in 1998, it was the most expensive hotel in America and the world at large at the time it was constructed.

In 2005, a luxury resort and casino, Wynn Las Vegas, became available. The resort covers 215 acres and includes several thousand square feet of retail space, a casino, and a convention center. It has 45 floors, with 2,716 rooms. All of these ventures and lucrative properties have been responsible for Steve Wynn net worth, and he continues to draw maximum profits from his establishments till today.

In the year 2005, Steve Wynn received the ATLAS Lifetime Achievement Award. It was presented to him by The Association of Travel Marketing Executives for his innovation in building resorts in Las. Another important award that he received was the Manfred Steinfeld Humanitarian Award which was presented to him at the 22nd Annual Platinum Circle Awards that was held in 2009.

Steve Wynn and Elaine Pascal got married to each other in 1963. The marriage was a happy one for the next two decades, and they divorced twenty six years after they tied the knot. Not wanting to give up on themselves, the duo remarried in 1991. However, their marital issues weren’t going anywhere, leading them to divorce again in 2010. Their marriage brought forth two daughters, Gillian and Kevyn.

In 2011, he married another woman named Andrea Danenza Hissom and their wedding ceremony took place at the Wynn Las Vegas.

Asides being popular for his extravagant properties, Steve is also known for his good deeds and philanthropic gestures. He is probably most remembered for making an anonymous donation of $2 million in 2012 to the United Way of Southern Nevada. He later admitted to this fact.

Also an art collector, Steve Wynn is best known as a casino resort/real estate developer. His contributions to both the Las Vegas Strip and the city in general have without questions, improved the fortunes of Las Vegas and have made it stand out for something significant. Some of his most notable accomplishments are Encore, The Wynn, The Golden Nugget, The Bellagio, The Mirage, and Treasure Island.

Steve Wynn net worth is approximately $3.1 billion. His life story is a perfect symbol for growth and success after he took over the business of his father when the family was heavily indebted, and completely turned things around in a very short span of time.