American entrepreneur and software developer Steve Jobs is the co-founder of Apple Computers. He started the enterprise with college friend and business associate Steve Wozniak, and under his guidance, the company introduced a series of ground-breaking technologies, including the iPhone, iPod and iPad. Born to two University of Wisconsin graduate students who put him up for adoption, Jobs served as the chairman and chief executive of Apple Computer and was responsible for the development and expansion of the company. He was brilliant but directionless, dropping out of school and experimenting with different endeavors before co-founding Apple in 1976. Jobs left the company in 1985 and established his own company Pixar Animation Studios. However, he returned to Apple more than ten years later and continued his job from where he left off until his demise in 2011 following a long fight with pancreatic cancer. Below is a complete biography of Mr. Steve Jobs, the inventor whose contributions truly changed the world.

Jobs was born in San Francisco, California, the United States on February 24, 1955, to Abdulfattah “John” Jandali and Joanne Schieble (later Joanne Simpson), two University of Wisconsin graduate students. The couple gave up their son for adoption without naming him. Jobs’ mother, Schieble, was a speech therapist while his father, Jandali, was a Syrian and a professor of political science. Shortly after he was placed for adoption, Jobs’ biological parents got married and had a second child, Mona Simpson. Jobs only got to know about his biological parents when he was 27.

As an infant, Jobs was adopted and named Steven Paul Jobs by Clara and Paul Jobs who loved him wholeheartedly and catered for him to the best of their capability. Paul was a machinist and coast guard veteran and his wife, Clara, worked as an accountant. The family resided in Mountain View, California, within the region that would later be known as Silicon Valley. As a boy, Jobs worked with his father on electronics in the family garage. Paul showed his little son how to take apart and restructure electronics, a hobby that instilled mechanical prowess, confidence, and tenacity in young Jobs.

While Jobs was always a clever and inventive thinker, his youth was riddled with vexations over formal schooling. He was a prankster in elementary school because schooling bored him out, and his fourth-grade teacher sometimes bribed him to study. After high school, he joined Reed College in Portland, Oregon. Lacking direction, he dropped out after six months and spent the next one and a half years dropping in on ‘important’ classes at the school. Jobs later took a job at Atari in 1974 where he served as a video game designer. He left the company several months later and traveled to India to find spiritual enlightenment. 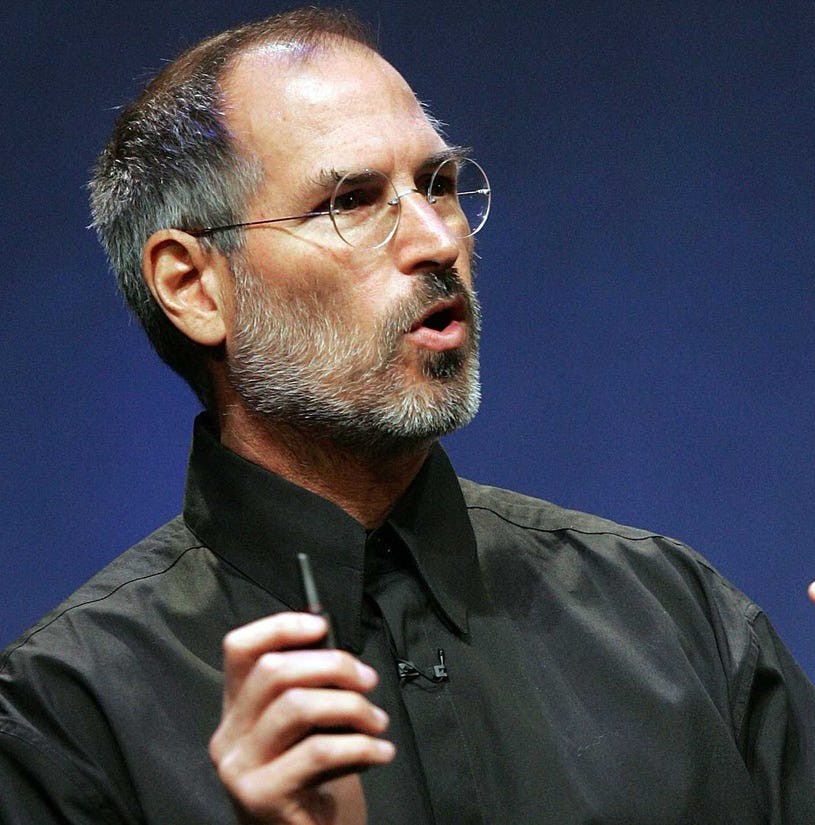 Steve Jobs’ first move professionally was that of a developer at Atari in Los Gatos, California, in 1973. He moved to India in 1974 to meet Neem Karoli Baba for spiritual enlightenment. Before he could meet the spiritual leader, Baba died and after a brief break of about seven months, Jobs joined Atari once again to create a circuit board for the video game ‘Breakout’. Along with namesake Steve Wozniak, he created a circuit board eliminating about fifty chips from the machine thus making the same compact. Next was the creation of the digital ‘blue box’, which enabled free-long distance calls. It was the encouraging response of the blue box that encouraged Jobs to make it big in electronics.

In 1985, a difference of stance between Jobs and the company’s chief executive officer John Sculley led to him resigning from the company he founded. In the same year, he established a new company NeXT Inc., which famous for its technological strengths, especially its software development system. The following year, he acquired the Graphics Group from Lucasfilm’s computer graphics division and later renamed it Pixar.

When Apple acquired NeXT Inc in 1996, he returned to the company and was formally named interim chief executive. Under his leadership at the helm, a number of projects were discontinued and abandoned. He introduced a new range of products which increased the sales of the company in a short time, making it one of the biggest electronic manufacturers in the world. His return led to the introduction of the Apple iMac in 1998. iMac went through a remake the next year and the Graphite Grey Apple iMac was introduced to the world.

Jobs became the chief executive officer of Apple in 2000 and adopted the title iCEO. The company made history with the introduction of improved digital appliances. In 2001, the company dived into the ocean of music with the creation and introduction of the iPod, and iTunes digital music software as well as iTunes Store. The new device was an instant success and enhanced the sales and status of Apple Inc by leaps and bounds. The first generation of iPod paved the way for more modern, revised consumer-friendly devices like iPod classic, iPod Touch, iPod Nano, and iPod shuffle.

In 2005, when Disney’s purchase of Pixar, Jobs became the largest shareholder of the Walt Disney Company owning approximately 7% of the company’s stock. He also served as a board member in the company. In 2007, he forayed into the cellular phone industry with the introduction of the iPhone and the rest as they say is history. With its multi-touch display, in-built iPod, and own mobile browser, the iPhone revolutionized the way a cellular device was looked at in the world.

In the years that followed, he worked on the iPhone and came up with improved versions. In 2008, iPhone 3G was released with three key features: 3G data, support for GPS, and tri-band UMTS/HSDPA. The iPhone 3GS was launched the following year.

In 2010, Jobs launched the iPhone 4, which was a sleeker model than the earliest designs and included improved features like 4G capability, a five-megapixel camera, and a secondary front-facing camera. The iPhone 4S became available in 2011, and it included Siri, a virtual assistant capable of voice recognition. Jobs resigned as the chief executive officer of Apple in 2011 but continued to sit on the company’s board as its chairman.

During his life, Jobs received multiple awards for his contribution to technology including the Jefferson Award for Public Service and a National Medal of Technology. Fortune magazine named him the most powerful man in business in 2007, and he was inducted into the California Hall of Fame in the same year.

Jobs was named CEO of the decade by Fortune magazine in 2009. The following year, he ranked 17th on Forbes’ World’s Most Powerful People list. He was also honored as the Financial Times’ person of the year.

Posthumously, Fortune Magazine named him the greatest entrepreneur of our time. He was inducted as a Disney legend and awarded a Grammy Trustee Award as well. In December 2011 a bronze statue of Jobs was unveiled at the Graphisoft Company in Budapest, Hungary. California Governor, Jerry Brown also declared October 16 as ‘Steve Jobs Day’.

Steve Job had an affair with his love partner Chrisann Brennan which led to the birth of their daughter Lisa Brennan Jobs in 1978. Though he initially denied being the girl’s father, he later accepted Lisa as his child. After falling off with Chrisann, he met Laurene Powell and started a relationship with her. Their relationship led to marriage on March 18, 1991, and the couple went on to have three children – two daughters Erin and Eve, and a son, Reed.

In 2003, Steve was diagnosed with pancreatic cancer. He succumbed to the ailment on October 5, 2011. A funeral was held two days later.

Although Apple CEO, Tim Cook has commendably maintained profits since taking over from the late Steve Jobs, it’s difficult to fight the urge to hypothesize about an alternate timeline wherein the company’s co-founder never died. At the time of his death, Steve Jobs had a net worth of roughly $10.2 billion. The majority of his income was split between two main sources. One of these was obviously Apple, a company he co-founded and took in a net of $2 billion. And the other was Disney, the multi-million-dollar corporation that helped him accumulate roughly $8 billion a year.

Steve Jobs may have passed away over a decade ago, but his legacy as the man who changed the world by revolutionizing technology will continue to live on.