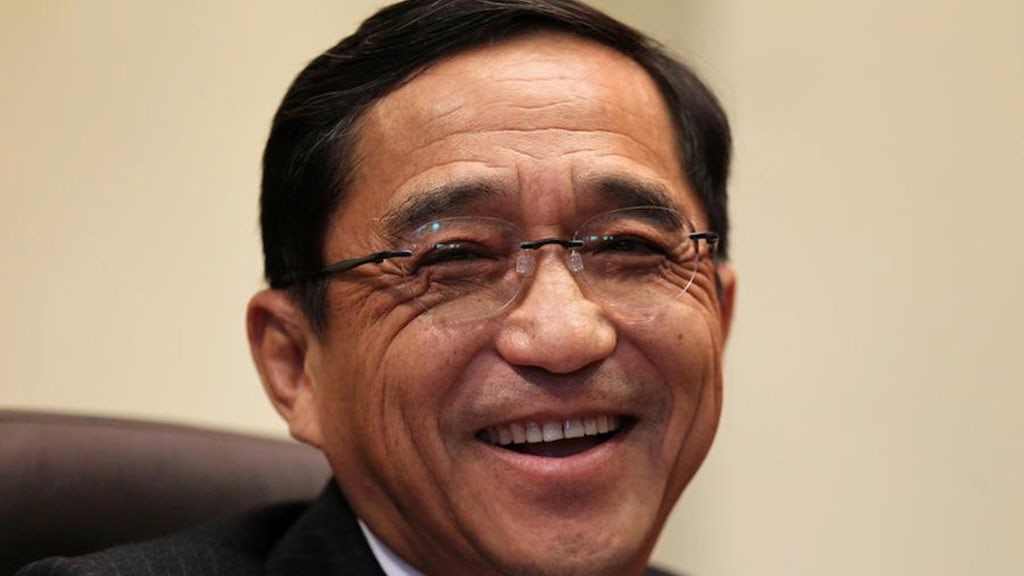 Silas Chou is a successful businessman from Hong Kong who has made several notable accomplishments in his lifetime so far. Having been born into a textile business-based family, Mr. Chou quickly made it big in the business scene. The duo of Silas and his business partner and close friend Lawrence Stroll are credited with making the now-famous clothing brand, Tommy Hilfiger popular across several European countries. Currently, as of 2021, and according to Forbes, Chou is ranked as the 737th richest man in the whole world. The size of his moneybag has also enabled him to rank 23rd on the list of the top 50 people from Hong Kong.

Silas Chou, whose full names are Silas K. F. Chou, was born in Hong Kong in the year 1946. His family was into the textile business, and from a young age, Chou stayed close to the doings of his family members. His father, Kuang-Piu Chao, was the man who founded South Ocean Knitters, one of the biggest knitwear manufacturers and exporters in Hong Kong, in which he still owns a stake. His elder sister, Susana Chou, served as the President of Macau’s Legislative Assembly of Macau for ten years, starting from 1999 to 2009.

As he came from a pretty decent family, Silas Chou had a comfortable up bring and had the best things any child his age would need. His family was buoyant enough to send him to the finest schools in Asia, which, in turn, prepared him for his future career life.

The Hong Kong billionaire, Silas Chou, is most active in the fashion industry. He began his career about 40 years ago working in his family’s business in Hong Kong. Known as Novel Enterprises Limited, the business was one of the largest apparel and textile manufacturers in the world, and as of this moment, Chou works there as the company’s president and chief executive officer.

In 1978, Chou supported his father in establishing the Xiang Zhou Woolen Mills situated in the Zhuhai Special Economy District. This project marked the beginning of “Compensation Trade” in China and pioneered foreign private investment in the country.

In 1984, he was actively concerned with his family in the founding of Dragonair. Today, this international airline is an award-winning business operating both passenger and all-cargo services in the Hong Kong aviation sector.

In 1989, Chou and his friend, Canadian businessman Lawrence Stroll, started a venture which they called Sportswear Holdings Limited, and with its backing, they acquired the Tommy Hilfiger Corporation. He served as co-chairman and later as chairman between 1989 and 2002. This particular venture grew from a $25 million men’s apparel company to a $2 billion dollar multinational business in less than eight years and is considered one of the biggest success stories of the fashion industry in recent history.

In 2003, Sportswear Holdings Ltd completed one of its biggest acquisitions to date when it acquired a majority interest in the Michael Kors Corporation, of which Chou is co-chairman. The Michael Kors company is recognized as one of the world’s best designers of luxury sportswear. This brand currently produces a wide array of products through KORS Michael Kors, Michael Kors Collection, and Michael Kors labels, including women’s accessories, men’s and women’s ready-to-wear, and a full line of beauty and fragrance products for both women and men.

In between its acquisition of Tommy Hilfiger and stake purchase in Michael Kors, Chou’s Sportswear Holdings also purchased Pepe Jeans London Corp. in 1991 and the businessman served as its chairman for six years from 1992 through 1998.

In 2005, Silas Chou teamed up with fashion tycoon Wilbur Ross and started the International Textile Group (ITG). Their joint venture is concentrating on building a modern denim plant in China.

Chou has been married for a couple of decades now. His two daughters are Veronica and Vivian. The entire family resides in Hong Kong where the majority of his businesses are based, and his daughters are also active in his fashion business.

The Hong Kongese business tycoon Silas Chou has successfully accumulated a net worth of about $2.7 billion through heavily investing and being an active part of multiple industries and business enterprises. Though Silas was born into a prosperous family, he did not hesitate to launch a career for himself, which has now seen him earn a vast fortune on his own courtesy largely of a very smart and early investment in the world-famous fashion brand Tommy Hilfiger, among other key establishments.

16 Tips to Save Money on Flights
Next Article