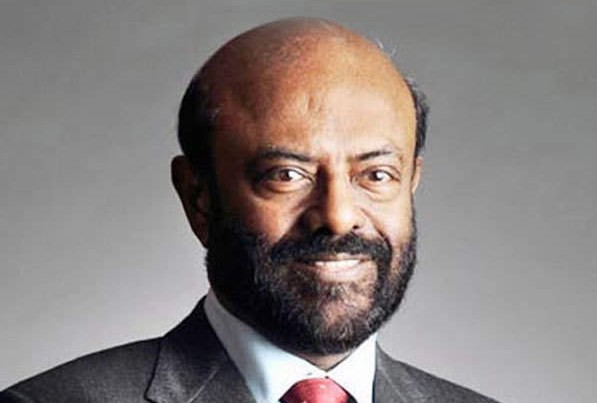 Shiv Nadar is a renowned billionaire industrialist and philanthropist from India. He is probably best known as the founder and Chairman of the IT giant Hindustan Computers Limited (HCL). Today, his company a global presence in more than 42 countries in the form of offices, innovation labs, and delivery centres with an employee strength of over 137,000 professionals working in various positions. What began in a self-effacing Delhi ‘barsati’ (small shed) currently boasts of revenue worth more than $8.3 billion. Under his careful management, the IT company Hindustan Computers Limited started making first generation microprocessors during the 1980s when Steve Jobs was his only worldwide contemporary in the industry. The company steadily grew its range of products to include UNIX based operating system, computer hardware, PCs, and the first relational database management system. He is the founder of India’s leading computer education institution, NIIT which succeeded in producing the initial proficient human resource for India’s future IT industry. As a philanthropist, Shiv Nadar founded the Shiv Nadar Foundation, which through his donations of more than $62 million to date, has created educational institutions that provide quality education to under-privileged students across the country.

Shiv Nadar was born in Tiruchendur, Tamil Nadu India on 14th July 1945, to Sivasubramaniya and Vamasundari Devi. He attended Town Higher Secondary School, Kumbakonam. He has a bachelor’s degree in electrical and electronics engineering, obtained from PSG College of Technology, Coimbatore. 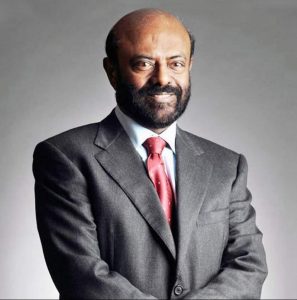 After completing his education, Nadar joined Walchand group’s College of Engineering in 1967. He worked with the group for sometime before leaving to go startup his own venture in partnership with a few friends and colleagues. These partners were Mahendra Pratap, Ajai Chowdhry (Ex-Chairman, HCL), DS Puri, Subhash Arora, Arjun Malhotra (CEO and Chairman, Headstrong), S. Raman, and Yogesh Vaidya.

The initial enterprise which they all collaborated to start was Microcomp, a company that dealt with selling teledigital calculators in the market. In 1976, Nadar gathered an investment of Rs. 187,000 with which he founded Hindustan Computers Limited (HCL). Four years after its establishment, the HCL company ventured into the international market when Far East Computers in Singapore was opened to sell IT hardware. In the first year, the venture reported Rs 1 million in revenue, and continued to focus on Singapore operations. Shiv Nadar remained the largest shareholder in the IT company without retaining any management control.

Another two sectors that receive Shiv Nadar’s attention is education and healthcare. In 1996, he established the SSN College of Engineering in Chennai, in the name of his late father, Sivasubramaniya Nadar. He took an active role in the activities of the college, including the gifting of a million rupees worth of Hindustan Computers Limited shares to the college. In 2006, He announced that the institution will promote research asides from ensuring that students profit from foreign university tie-ups.

In 2005, Shiv Nadar joined the executive board of Indian School of Business. Three years afterwards, his SSN Trust announced the creation of two Vidyagyan schools for rural students, where free scholarship will be awarded to 200 students from the 50 districts of Uttar Pradesh. In February 2011 when he visited Town Higher Secondary School, Shiv donated computers and several other equipments worth Rs. 80 lakhs. Together with Ms Roshni Nadar, the billionaire gave a cheque of Rs. 4 crore to Prime Minister Manmohan Singh, towards the National Relief Fund of the Prime Minister in New Delhi on January 17, 2005.

Shiv Nadar was chairman of the board of governors, Indian Institute of Technology Kharagpur (IIT Kharagpur or IIT-KGP) until 2014.

Shiv’s fierceness on the frontlines of business and philanthropy has been identified with ease by almost everyone he has come in contact with. His name is one of the most popular in his country India, and also on the internet as you’re now reading about him. His famous status came about as a result of his diligence and hardwork in the face of anything, and as such, he has been tremendously awarded and recognized for his philanthropic gestures and contributions made to the economy of India, as well as his useful contribution to technology.

He received the “Padma Bhushan” from the Government of India in 2008 for his contributions to the IT industry. It is the third highest civilian award in India.

In 2007, Shiv was awarded an honorary doctorate degree by the Madras University. That same year, he won the Ernst & Young World Entrepreneur of The Year award. India Today magazine once named him the 16th most powerful person in India.

In 1995 he was named “Man of the Year” by Dataquest IT. He was honored with a CNBC Business Excellence Award in 2005. In 2006, he was awarded an honorary fellowship from All India Management Association. A Dataquest Lifetime Achievement Award was presented to him in 2010, and the following year, Forbes magazine listed the kind-hearted philanthropist among the ‘48 Heroes of Philanthropy in Asia Pacific’. He has committed over a billion dollars to philanthropy, and surprisingly continues to do more.

He has just one daughter, Roshni Nadar, who currently serves as the chairman of Hindustan Computer Limited. His wife manages New Delhi’s Kiran Nadar Museum of Art.

As it stands, Shiv Nadar net worth is 21.2 billion. He controls about 60% of Indian software developer Hindustan Computer Limited Technologies with his family. The family also claims ownership of 50% of services business and computer maker HCL Infosystems. Since Shiv occupies the position of chairman at the company, he is credited with all his family’s shares. The Nadar family is also owners of several paintings collectively valued at over $85 million.