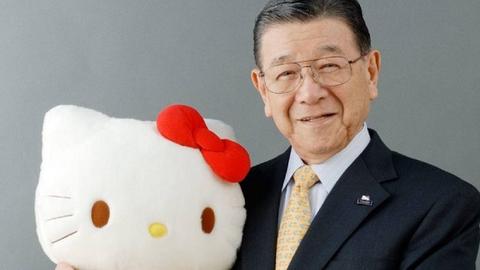 Shintaro Tsuji is the name of the Japanese businessman that founded Sanrio Co., Ltd., a Tokyo-based character-branded products company, in 1960. Tsuji also doubles as a film producer and story writer. He has been credited for several anime movies Sanrio produced from 1977 to 1985. Some of his stories include “A Journey Through Fairyland”, “The Sea Prince and the Fire Child”, and “Nutcracker Fantasy”, all of which Sanrio have been made into animated movies. Tsuji has also created a number of Sanrio characters himself, for example, the Little Twin Stars. He has since stepped down as the chief executive officer of Sanrio on July 1st, 2020, allowing his 31-year-old grandson, Tomokuni Tsuji, to take over control of Sanrio. More details follow below.

The Japanese business tycoon and Sanrio founder was born in Tokyo, Japan, on December 7, 1927. Multiple sources say that he experienced his childhood and youth entirely in Japan and also completed his education there. As far as our findings go, there’s nothing in the media regarding the names and identities of his parents or siblings. His educational record is also not known at this moment.

Mr. Shintaro Tsuji is most known for his presence and critical acclaim in the Japanese business industry. He single-handedly founded the production company Sanrio Co., Ltd. in 1960 and made sure to do the best he could to take the company forward to the position where it is today.

A talented producer and story writer, Tsuji, through Sanrio, a Tokyo-based merchandise company, has been involved in many anime movies particularly from 1977 to 1985. He is credited for stories like “A Journey Through Fairyland” (Yosei Florence a.k.a. Florence the Fairy), “The Sea Prince and the Fire Child” (Sirius no Densetsu a.k.a. The Legend of Sirius), and “Nutcracker Fantasy” (Kurumiwari Ningyo a.k.a. The Nutcracker, his rework of The Nutcracker and the Mouse King by E.T.A. Hoffmann).

Tsuji who has since stepped down from the chief executive officer’s position at Sanrio is known to have served as Chief production supervisor or Executive producer for several projects including “Friends” and “Hello Kitty”.

Sanrio Company, Ltd., founded by Japanese entrepreneur Shintaro Tsuji, is a Japanese company that is headquartered in the country’s capital of Tokyo. The company specializes in designing, licensing, and producing products focusing on the kawaii (“cute”) sector of Japanese popular culture. Their products include cool stuff like stationery, gifts, school supplies, and accessories that are sold all over the world, including at brand retail stores in Japan. Sanrio’s best-known character is a little anthropomorphic girl cat known as Hello Kitty, considered to be one of the most successful marketing brands worldwide.

Besides selling character goods, the company also takes part in the production and publishing of movies. Sanrio Co. has the license to produce Peanuts merch for the Japanese market. Also, the company owns the Little Miss characters and Mr. Men, having acquired the rights to both of them in 2011, taking over control of Chorion’s THOIP company. Their animatronics branch is called Kokoro Company, Ltd. (kokoro is the Japanese word for ‘heart’), and it is best known for the Actroid android. In addition, Sanrio also plays a part in the fast-food industry by running a franchise of KFC in Saitama Prefecture.

Shintaro Tsuji founded the company in 1960 as the Yamanashi Silk Company using a capital of ¥1,000,000 (less than $9,000). Within two years, he had expanded his enterprise from just silk to rubber sandals.

The company went on to win the Medinge Group of Sweden’s “Top Brand with a Conscience” award in 2003 for its communication principles. They have also partnered with UNICEF since 1984.

Sanrio has created many characters, the best known of which is Hello Kitty. Other’s that are also popular are Aggressive Retsuko, Gudetama, Jewelpet, Cinnamoroll, Bad Badtz-Maru, My Melody, and Keroppi.

Admittedly, the salary and other earnings of this 94-year-old Japanese business mogul have never been made public, neither by the entrepreneur himself nor his company. However, recent reports reveal that Shintaro Tsuji’s net worth is pegged at $1 billion. Mr. Tsuji, the founder of the Tokyo-based Sanrio Co., Ltd., makes most of his money from the company he started all by himself more than five decades ago. He is a gifted producer and story writer and has been credited for many anime characters and movies produced by the Sanrio Company. 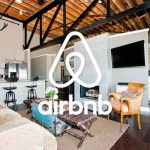 How to Start a Profitable Airbnb Business
Next Article 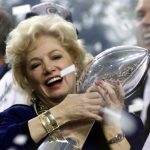