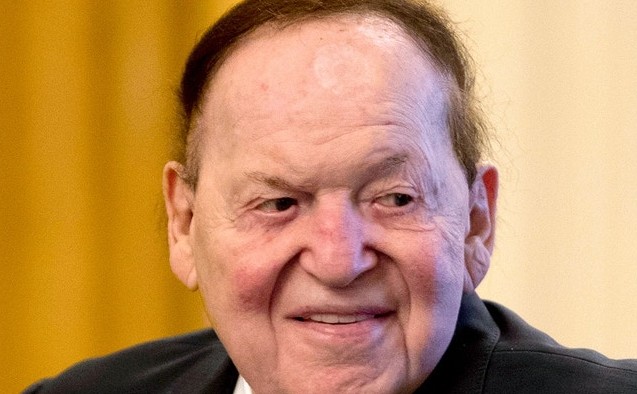 Sheldon Adelson is a billionaire American business magnate who acquired his huge fortune in the resort and casino business. He ventured into business when he was 12 years old. By the time he was an adult in his 30s, he had amassed millions and lost it twice. In the 1970s, his fortune turned around after he co-founded the ‘Interface Group,’ which then launched ‘COMDEX,’ a successful computer distributors’ exhibition. In the late 1980s, Sheldon ventured into the resorts and casinos business by opening the ‘Las Vegas Sands.’ He soon established himself successfully as a serial entrepreneur. His business went international with resorts and casinos in Marina Bay, Singapore and Macau, China. Later, he ventured into media business, first in Israel and later in the United States. He is a well-known supporter of the ‘Republican Party’ and U.S. President Donald Trump. He has also been featured multiple times on ‘Forbes’  “world’s wealthiest people” list.

Sheldon Gary Adelson was born in Boston, Massachusetts, United States on 4 August 1933. His father, Arthur, was a taxi driver, and was of Lithuanian, Ukrainian and Jewish ancestry. His mother, Sarah (nee Tonkin), immigrated to the United States from the United Kingdom and ran a knitting shop initially.

When he was twelve years old, Sheldon Adelson took a $200 loan from his uncle and acquired a license to sell newspapers to readers in Boston. That was the first business venture her went into. In 1948, when he was 16, he borrowed $10,000 with which he started a candy-vending-machine company.

He enrolled into ‘City College’ in New York City, U.S., but dropped out later. He then proceeded to attend trade school. Later, he had a stint as a court reporter which wasn’t successful by any means. He also enlisted himself in the U.S. army.

After his first two businesses of selling newspapers and starting a candy-vending machine company, Sheldon joined the army and was later discharged. He then started a business of selling chemical spray, which he called De-Ice-It. In the 1960s, he committed himself to doing charter tour business. Sheldon owned nearly 50 businesses in his business career.

After making significant gains from his other businesses, Sheldon Adelson co-developed the computer trade exhibition ‘COMDEX’ in the 1970s. It became a leading computer trade show since it was launched. In 1992, Japan’s SoftBank Corporation acquired it for $862 million, and Sheldon’s share from the sales of the company was more than $500 million.

Sheldon acquired the Las Vegas’ Sands Hotel and Casino. He then proceeded to construct the Sands Exposition and Convention Center. In 1999, he spent $1.5 billion on the construction of ‘The Venetian’. In the late 2000s, he built a casino in Bethlehem, Pennsylvania. In 2004, he launched Sands Macao casino in Chin. In 2007, he launched the Venetian Macao, a resort worth nearly $2.4 billion. He then co-founded the Israeli newspaper ‘Israel Hayom’ in 2007. He followed this up by acquiring the newspaper company Las Vegas Review-Journal.

His enormous wealth has seen him appear multiple times on ‘Forbes’  “world’s wealthiest people” list. In 2008, Sheldon Adelson was presented the Woodrow Wilson Award, received from Woodrow Wilson International Center for Scholars. The Nevada Policy Research Institute also bestowed him with the Chairman’s Award. George W. Bush appointed him to be part of the Honorary Delegation to Jerusalem.

Sheldon Adelson was married to Sandra for many years until their divorce in 1988. They adopted three children: Shelley, Mitchell, and Gary. In 1989, he met with Dr. Miriam Farbstein Ochshorn on a blind date, and they married 2 years later. Miriam was previously married to Dr. Ariel Ochshorn, and has two daughters for him.

In 2001, Adelson was diagnosed with peripheral neuropathy which curtailed his capacity to stand and walk. On February 28, 2019, it was reported that he was receiving treatment for non-Hodgkin’s lymphoma, a kind of blood cancer.

According to Forbes, Sheldon Adelson had a wealth of $26 billion in 2008. After more than a decade, this fortune has almost doubled courtesy of his business career. In 2013, Forbes estimated his wealth to be $37.2 billion, and he has continued to work tirelessly towards increasing his wealth.

One of the most popular and successful businessmen in the world, Sheldon owns a fleet of private jets. He is known to own multiple businesses after and started establishing businesses since he was a teenager. His annual salary is reported to be more than $2 billion.

Also a leading philanthropist, Sheldon Adelson net worth is $40 billion. He has several businesses running, and this figure may continue to increase in the years to come due to the fact that his career is still active and running successfully.