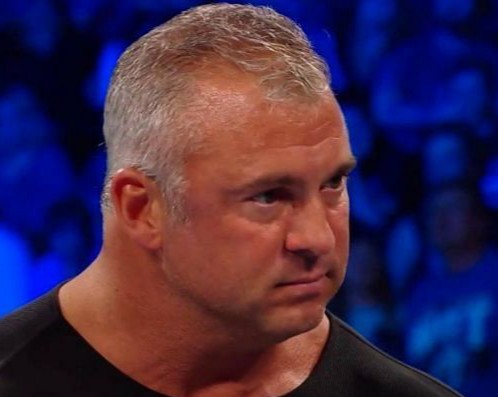 Shane McMahon is a successful American entrepreneur and a part-time professional wrestler. Fans of World Wrestling Entertainment (WWE) will know Shane for his appearances during wrestling events, and also for his role as a minority owner of the WWE franchise. Notorious for his daredevil decisions both in the ring and out of it, Shane is the current Vice-Chairman of Wecast Holdings Inc, and also the on-screen commissioner of WWE’s weekly TV show ‘SmackDown Live.’ The only son of WWE Chairman Vincent ‘Vince’ McMahon, Shane is a fourth-generation wrestling promoter. Also a referee, announcer, and producer, he began working with WWE when he was 15 years old and inherited his father’s business acumen. While he is a wrestler on-screen, he is also the WWE’s Executive Vice President of Global Media behind the cameras. He resigned from WWE in 2010 and joined the entertainment service company, YOU On Demand as its chief executive officer. However, he returned to WWE in 2016. Winner of the Hardcore Championship and European Championship, Shane is famous to wrestling fans for his high-risk moves in the ring. During his in-ring career, he stunned his fans on many occasions. His daredevil stunts include defeating his own father in a Street Fight at WrestleMania X-Seven, taking a 50-foot leap off the Titantron, and jumping from the top of the cell unto the announcer’s table in Hell in a Cell match. In fact, he always does things completely differently from the rest of the McMahon clan, both on and off the cameras.

Shane Brandon McMahon was born in Gaithersburg, Maryland, the United States on January 15, 1970, to WWE chairman and majority owner Vince McMahon and his wife Linda. His younger sister is Stephanie McMahon, a WWE executive, and his brother-in-law is wrestler Paul ‘Triple H’ Levesque a WWE executive as well. He is the great-grandson of Jess McMahon, and a grandson of Vincent J. McMahon, the founder of WWE.

Shane was trained under Phil Nurse. He graduated from Greenwich High School in 1988 and later attended Roger Williams University to study media and marketing. He also attended Boston University, graduating in 1993.

Shane started working in WWE when he was just 15 years old. He initially started assisting in the warehouse, filling orders, and mailing merchandise. After his father refused to increase his wage, he left WWE and started pursuing other job opportunities. He eventually landed a job at a construction firm that paid him $400 a week, triple what he was paid at the WWE warehouse.

After a few years, he returned to WWE and became serious with the family business. He accompanied his father to meetings, took notes, and even asked important questions afterward. He learned the little details of the family business from his father’s aide, former wrestler Pat Patterson. However, he also considered other career options like pro football, architecture, and investment banking.

In WWE, he worked in a number of departments like television production, international business development, sales, and marketing. In 1989, he became the World Wrestling Federation (WWF) referee at the Survivor Series. He also refereed in a Royal Rumble match in 1991.

In 2007, he traveled to South America to broadcast the WWE weekly shows SmackDown and RAW. The following year, he led the shows to get televised on Mexico’s TV Azteca and Televisa.

He resigned from the WWE in 2009 and joined a cable broadband service called China Broadband Inc as its chief executive officer. He was also associated with several digital and analog services in China’s Shandong province. Shane serves on the board of directors of International Sports Management. In 2010, he became the chief executive officer of China’s first Pay-Per-View service called ‘You On Demand’. He later stepped down from his position at the company but remained the board’s vice chairman.

In WWE, Shane McMahon has feuded against numerous top wrestlers including The Rock, Kane, and Bobby Lashley.

As a professional wrestler, Mr. McMahon has won the WWF European Championship and the WWF Hardcore Championship. In 1999, he won the Pro Illustrated Wrestling’s Rookie of the Year award. In that same year, he was ranked on the ‘500 top singles wrestlers in the PWI 500’ list. Known for his fierce character, Shane has also been involved in ‘Feud of the Year’ with his own father. He also appeared in the “50 Most Powerful Men Under 42” list by Detail Magazine in September 2006.

In 1996, Shane McMahon tied the knot with Marissa Mazzola. He is the father of three sons, Declan James, Rogan Henry, and Kenyon “Kenny” Jess.

The pro-wrestler was in a helicopter crash that occurred in July 2017 but wasn’t harmed.

In the WWE, Shane McMahon has been responsible for the television production of the company. He has also served as the company’s Global Media’s Executive Vice President. He has also led other businesses, such as China Broadband Inc. and You On Demand. Furthermore, he is a part-owner of the Motorcycle Shop Indian Larry.

Shane is one of the most successful businessmen in America. He joined his family’s business from a young age and even participated as a professional wrestler who has also won wrestling championships during the peak of his career. Today, Shane McMahon’s net worth is estimated at more than $40 million. He is one of the most popular men in WWE and his contributions to the franchise will always be recognized.