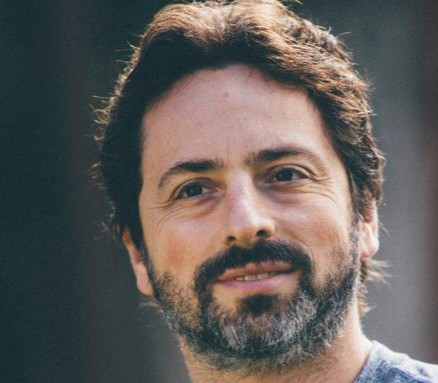 Sergey Brin is a notable American internet entrepreneur and computer scientist, who co-founded Google Inc (now Alphabet Inc) in 1998 along with Larry Page. At a young age, Brin migrated to the United States from the Soviet Union, and went on to study mathematics and computer science in college before pursuing a PhD in computer science at Stanford University. As a research scholar, Brin’s areas of interests included search engines, data mining of large collections of data, and extraction of information from unstructured sources. He met fellow researcher Larry page with whom he carried out a research project. The two men connected intellectually on the same level and started experimenting with new designs of search engines in computers in their university. Initially, their project was funded by the National Science Foundation, and they called it ‘BackRub’. Together Brin and Page created the PageRank algorithm, which Google employs to rank web pages. The successful running of this project for several months on the University computers convinced the two researchers to start their own company. They both suspended their doctoral studies and sought after a $100,000 cheque financial investment from Sun Microsystems co-founder, Andy Bechtolsheim, with which they formally incorporated their own company, Google Inc, in California, United States.

Sergey Brin was born to Jewish parents Michael and Eugenia Brin in Moscow, Russia. His mother worked at NASA’s Goddard Space Flight Center as a researcher while his father was a professor of mathematics. He was six years of age when his family migrated to the United States.

Brin’s parents made sure he received a quality education. He was enrolled at Paint Branch Montessori School in Maryland. His father encouraged him to learn mathematics at home. After high school, he attended the University of Maryland and graduated in 1993 with a Bachelor of Science degree in mathematics and computer science. Afterwards, he moved to Stanford University for a PhD in computer science on the basis of a graduate fellowship from National Science Foundation.

Sergey Brin, a computer scientist and researcher, met his match Larry Page at Stanford University. They quickly became friends and discovered that they could operate on the same intellectual level as they were both interested in similar things. The duo published a paper with the title ‘The Anatomy of a Large-Scale Hypertextual Web Search Engine’. Subsequently, they found a way and developed the PageRank Algorithm. This was a remarkable accomplishment for the young friends who discovered that their invention could be very useful developing a search engine for the internet that would be relatively good when compared to those that already existed at that time. Eventually, the duo were able to come up with the ‘Google Search Engine’.

Sergey Brin is a notable American internet entrepreneur and computer scientist. He is also an investor who has ventured into Tesla Motors. Besides co-founding Google, Brin is involved with a number of other programs that are associated with Google. They include the Google driverless car project as well as the Project Glass program.

In 2002, Sergey Brin and his partner Larry Page were declared the MIT Technology Review TR100. They were also named among the best world innovators under 35. In 2003, the duo received an honourary MBA from the IE Business School. In 2004, they were honoured once again with the Marconi Foundation Prize. Additionaly, Bin and Page became the National Finalists for the EY Entrepreneur of the Year Award as well as the Academy of Achievement’s Golden Plate Award.

In 2007, Sergey Brin married 23andMe co-founder Anne Wojcicki, and she bore him a son the next year, and a daughter in 2011. His marriage started facing difficulties after it was discovered that he was intimately involved with Amanda Rosenberg, a Google Glass marketing manager. He and his wife Anne started living separately by 2013 and finally divorced in 2015. He has been married to Nicole Shanahan since 2018.

Brin and his former wife, Anne Wojcicki, are the owners of The Brin Wojcicki Foundation. Their foundation renders financial assistance to various social causes.

As of today, Sergey Brin is ranked as one of the wealthiest and most powerful people on the planet. He owns about 6% of the parent company of Google known as Alphabet, as well as other businesses.  Since the company’s IPO in 2004, Sergey Brin has sold more than $9 billion worth of shares of both Google and Alphabet. He owns Class C and Class B shares of Alphabet, including 19 million shares of Class C Alphabet stock. Google handles over 3.5 billion daily searches and generates over $130 billion in annual revenue. Between 2012 and 2019 alone, Sergey Brin net worth rose from $12 billion to an impressive $60 billion. He holds equity stakes in 23andMe and electric car company Tesla. Brin and Larry led a $40 million investment round in Tesla motors back in 2006. Brin was the fourth person to be given a Tesla Model X Crossover SUV.

In 2008 Sergey Brin paid $8.5 million for a 3,500 square-foot penthouse in West Village in New York City. He also owns a large estate in Los Altos Hills, California. In 2011 he spent around $80 million on a 73-meter yacht called Dragonfly. He and Larry Page are the owners of a Dornier Alpha Jet and customized Boeing 767-200. In 2014 the duo spent around $82 million to build their private airport in San Jose. It is reported that Sergey Brin has employed 50 people personally, to manage his life. This includes a full-time photographer, chefs, fitness instructors, bankers to handle his philanthropic efforts, and a yacht captain on call at all times.

Sergey Brin net worth is $79 billion currently. He earned his fortune from being the co-founder of Google, a world-popular multinational technology company that specializes in Internet-related products and services. The vast majority of his wealth is attributable to his 6% stake in Alphabet, Google’s parent company.