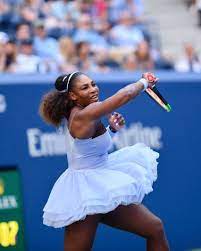 Serena Williams is an American professional tennis player who has been ranked world no 1 by the Women’s Tennis Association on 8 separate occasions. This article is about Serena Williams net worth, biography, career, family and other information you may not have known about her.

Serena Williams was born on 26 September, 1981, in Saginaw, Michigan, USA to her parents, Richard and Oracene Williams and she is the youngest of her parent’s five daughters.

Her father was formerly a Louisiana Sharecropper and wanted desperately for Serena and her sister Venus to live and have better lives than he did, so he ensured to train Serena and Venus based on the information he had gathered from videos and books to that effect.

As a result of the constant training and practice, in 1991, Serena Williams was ranked the No. 1 in the 10 and under division on the Junior United States Tennis Association Tour and then she moved to Florida with her family even though she was doing greatly where she was located.

However, she had to get a better training and instruction in order to rise professionally in her tennis career and in 1995, she turned a ‘Pro’ and she arguably rose to the 205 spots in the world in just one year ranking at the age of 13 years old.

This great feat made her to draw massive attention for her powerful playing styles and her fierce athleticism. After , she graduated from the high school, she decided to pursue her tennis career fully.

Soon, after she graduated, she signed a $13 million dollars deal with PUMA and in 2000, she and her sister Venus Williams won gold medals in the doubles event at the Olympics that was held in Sydney, Australia.

Going forward, she won the French Open, the US Open and the Wimbledon in 2002 beating her sister, Venus Williams in each final. In 2003, she became one of the six women to earn a career Grand Slam which she called ‘Serena Slam’ and still continued to be one of the best players in tennis.

Sadly, injuries set in as she suffered a setback and underwent treatment for knee issues and blood clots in the course of her flourishing career and as a result, people thought and wondered if she would retire in 2011 but then she came back stronger.

In 2017, she won the Australian Open, which was her 23rd Grand Slam while she was pregnant with her first child.

Prior to the tournament, she had already taken a pregnancy test at the request of her friend as she told ‘Vanity Fair’ but she even could not believe the result, herself, so she went further to take part in the Australian Open and eventually won beating again her sister, Venus Williams to the title in straight sets.

Serena Williams got engaged to Reddit co-founder, Alex Ohanian in 2016, whom she met in 2015 amid the rumors that she was dating rapper, Drake, but he clearly shared her engagement with Alex with a resonating poem on Reddit which goes this way;

“I came home a little late

Someone had a bag packed for me

And a carriage awaited.

To escort me to my very own charming

Back to where our stars first collided

And now it was full circle

At the same table we first met by chance

This time he made it not by chance

Down on one knee

The two lovebirds, Serena Williams and Alex Ohanian finally got married in New Orleans, USA in November, 2017, which was well attended by top celebrities like Beyonce, Eva Longoria and Kim Kardashian among other prominent personalities from all walks of life to honor her.

The couple have a child, Alexia Olympia Ohanian Jr. who was born in West Palm Beach, Florida, USA.

She has her own clothing signature with HSN which she called the Serena Williams Signature Statement Collection that is designed to inspire all women to know that it is okay to love and embrace who they are and to be unapologetically bold and beautiful in anything that they wear.

she makes time out for her charity organization called Serena Williams Fund, of which her organization has built schools in Kenya and Jamaica and equally provided education to the under privileged youth and children.

Serena Williams has had so many endorsement deals which includes, Delta Airline, Gatorade, Aston Martin, Pepsi, Beatz by Dre, One Piece, IBM, iNTEL, Chase Bank, amongst others

Serena Williams, no doubt, is one of the richest and influential female athletes in the world with an estimated net worth of $ 250 million dollars. 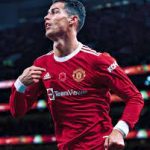