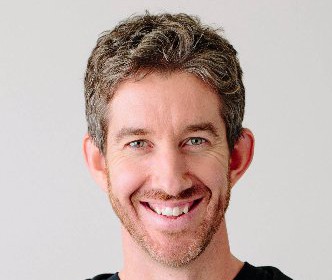 Australian billionaire businessman Scott Farquhar is the co-founder and co-chief executive officer of the company Atlassian, a collaboration software company which helps teams organize, talk about and complete shared work. He often carries the soubriquet of ‘accidental billionaire’ after he and his friend and business partner Mike Cannon-Brookes established Atlassian with the main goal to imitate the graduate starting salary of $48,000 common at corporations without having to work under someone else. Their creation paid off and turned to a full blown business which has now made the founders wealthy and accomplished businessmen. Presently, this young and successful billionaire businessman is looked at as an inspiration to many youths. He is also a philanthropist best-known for his kindheartedness and contributions to various acts of charity.

Scott Farquhar was born in Australia in December 1979. He schooled at James Ruse Agricultural School in Carlingford, New South Wales for his high school education. He also attended the University of New South Wales, Australia, graduating with a Bachelor of Science degree in Business Information Technology.

Scott founded Atlassian along with his friend Mike Cannon-Brookes. He is also a co-chief executive officer at the collaborative software company which currently has over 150,000 small and large organizations as customers – including many of the leading names in media, technology and manufacturing – use Atlassian’s tracking, communication, service management, collaboration and development products. More than a hundred thousand large and small organizations, NFPs, and government agencies from various parts of the world, including companies like Spotify, Twilio, ANZ bank, Visa, and Mercy Ships make use of Atlassian collaboration products to enable their teams work better and more efficiently together.

Outside of Atlassian, the intelligent and goal-driven entrepreneur is also an adjunct professor at the School of Computer Science and Engineering of University of New South Wales. He has also co-founded Skip Capital, a private investment fund which focuses on fast-rising technology companies, with a keen interest in big data and health.

Scott Farquhar and his business partner, co-founder and co-chief executive officer Mike Cannon-Brookes were recognized for their achievements in 2004 and 2006, as they were honored with the Australian Consensus IT Professional of the Year and Entrepreneur of the Year awards. This award in 2006 made Scott the youngest person ever to receive the Ernst & Young ‘Australian Entrepreneur of the Year’. In 2016 both Scott and Mike were named ‘Australian Business Person of the Year’ by Australian Financial Review. They were in 2017, included on Forbes’ ‘Global Game Changers’ list.

He has mentored via the Australian Businesswomen’s Network, and as a guest, he gives lectures on entrepreneurship to undergraduates and MBA students.

Scott and his wife Kim Jackson are the parents of three children.

In 2015, He helped spearhead Pledge 1%, a philanthropy association dedicated to making the community a chief stakeholder in every business. Atlassian, and more than 4,000 companies from different parts of the world have joined this movement.

In 2018, Scott spoke out against the renaming of the 457 visas by the Government of Australia, saying the move ruins Australia’s reputation as a place where people want to come to work.

A hardworking businessman and philanthropist, Australian billionaire Scott Farquhar has a net worth of $11 billion. He is best known as the co-founder and co-chief executive officer of Atlassian, a collaboration software company which helps teams organize, talk about and complete shared work. He was named as the 5th richest person in Australia by Forbes in 2019.

His company, Atlassian, was established in the year 2002 in Sydney, Australia. He founded this country with his friend and business partner Mike. Their intention with this company was to create a way they would earn about $48000 annually without working for other people. However, Things took a major twist and they became fortunate, as their business expanded and became a major venture in Australia and world-over. Their company develops products for content and project management, and software development. In 2019 Atlassia, which currently has over 3000 staff, posted a revenue of $1.21 billion. The company also donates millions to charitable causes, registering Scott as one of Australia’s most popular philanthropists.

In 2017 he spent approximately A$75 million to purchase the Fairfax family’s former ancestral Sydney home, Elaine. His friend Mike Cannon-Brookes purchased the house nest door, Fairwater in 2018. It is considered as Australia’s most expensive house and it cost Mike around $100 million. Their achievements so far have earned them worldwide recognition and have won them several decent awards. Alongside his business partner, Mike Cannon-Brookes, Scott Farquhar debuted on the BRW Young Rich list of the richest Australians aged 40 and below in 2007. He also debuted on the 2013 BRW Rich 200 with a net worth of roughly A$250 million. Today, he is worth billions and can afford to live the grand lifestyle he totally deserves.