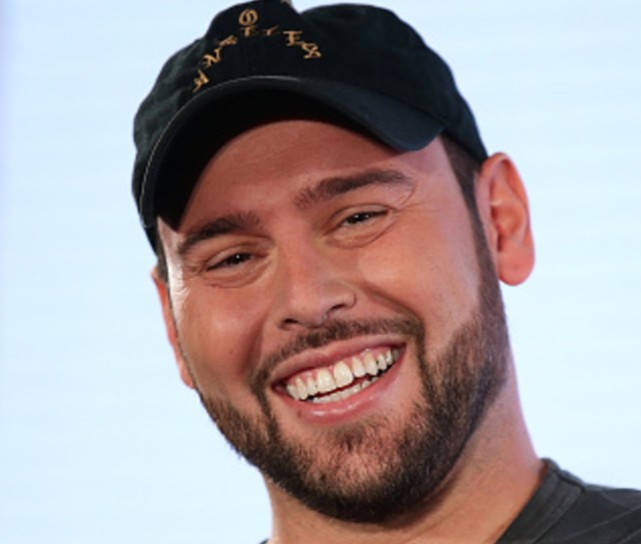 Scooter Braun is an American entrepreneur and music manager who was an award-winning filmmaker and a successful athlete during his school years. He attended Emory University where the parties he organized as a student became so popular that he was requested to make arrangements for after-parties for big stars such as Ludacris, Britney Spears, and Eminem. Subsequently, he got an invitation to work at So So Def Records which belonged to Jermaine Dupri. Eventually, he was made the company’s executive director of marketing while still a student of Emory University. In order to pay full attention to his growing career, Braun abandoned his studies during his junior year. He managed events for the National Basketball Association (NBA) and for the entire Britney Spears Onyx Hotel Tour. One of his biggest successes in his initial days was brokering a $12 million promotional affiliation between Ludacris and Pontiac. This and many more legal engagements in the music industry gave rise to Scooter Braun net worth. He is credited to have managed musicians like Justin Bieber and others in their humble days and helped them shoot into the limelight.

Scott Samuel Braun was born in New York, United States on June 18, 1981 to Conservative Jewish parents Ervin Braun and Susan Braun. His father, Ervin, worked as a dentist, while his mother, Susan, was an orthodontist .Scooter has four siblings. He was raised in Cos Cob, Connecticut and was made class president when he was a student of Greenwich High School. Graduating from high school, he enrolled at Emory University in Atlanta where he was a famous basketball player.

After he joined Jermaine Dupri’s So So Def record label as the head of marketing, he quit his study at the university, dropping out without a degree. 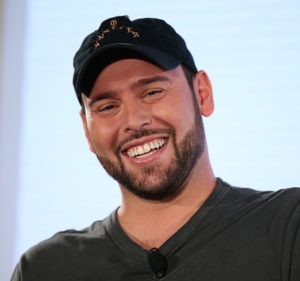 Braun started a career during his days at Emory University as a party organizer. He was hired and paid to organize after-parties for acts on tour dubbed ‘Anger Management Tour’, which featured popular artists Ludacris and Eminem. Along the line of engaging in this hustle, he met Jermaine Dupri the director of the music label So So Def. Dupri offered him a decent marketing position at the label, and he wasted no time in abandoning his studies at Emory in order to pay full attention to the entertainment business he was now an important part of.

A year after he became a part of So So Def, a 20-year old Scooter Braun was appointed Executive director for marketing. He then put together resources and started his own marketing company.

While watching videos on YouTube, Braun came across a video of Justin Bieber singing one of NeYo’s songs. He was impressed by Bieber’s talent and vocal abilities, and immediately reached out to Bieber’s mom to allow her son fly to Atlanta to work with Braun. After trying out a few minor projects and experimenting with videos which were released online, Braun pitched Bieber with two already established singers, Justin Timberlake and Usher Raymond.

In 2010 Scooter Braun diversified, and launched Ithaca Holdings LLC, an investment and holding company. He created this new business with $120 million in venture funds gathered from companies including Spotify and Uber. In 2017 the private equity firm Carlyle Group became an investor in Ithaca Holdings. In 2019 Carlyle Group injected a round of funds at a valuation of $800 million. After the investment Scooter still stands as the majority owner. Ithaca owns ventures across many other industries including technology, television, and film.

A company named Big Machine Records was founded by Scott Borchetta in 2005, and Scooter Braun reached a deal to acquire it on June 30, 2019. The acquisition of this company gave Braun licence to works of artists signed to the company, including American singer Taylor Swift whose sic albums became owned by the company’s new owner Braun. Scooter also became the owner of a list of artists, including Lady Antebellum, Thomas Rhett, Sheryl Crow, and Florida Georgia Line.

Scooter Braun’s work rate in the music industry since he found his place in the center of the business as a 19-year old college dropout has been largely noticed. For his efforts, he has been able to secure wealth and fame, as well as deserved recognition in terms of appreciations and awards. He won “The Best Talent Manager” Award in 2016 at the “International Music Industry Awards”. Time once featured him on its 100 list. He was also included in Billboard’s “Forty Under Forty” Special Issue in August 2012.

Since July 6 2014, Scooter Braun has been married to Yael Cohen, a Canadian health activist and philanthropist who he met in 2013. The couple has two children as at this writing.

Braun is actively involved in a lot of charity works. He contributes heavily to the organization of his brother, Adam Braun’s foundation called “Pencils of Promise”. The non-profit organization has helped build a total of about 200 schools in developing countries in Asia, Africa, and Latin America.

His profession as a talent manager has done so much for him financially. He has registered considerable success in managing artists who went on to become world-famous, and his management company is his major source of income.

In November 2014 Scooter and his wife Yael paid $13.1 million for a massive house in Brentwood, California. Yael’s parents have owned a $12.5 million mansion across the street since 2018. In January 2020, Scooter and his wife bought the house next door for about $18 million. The sellers were John Travolta and his lovely wife Kelly Preston who had acquired the house in 1993 for $3.5 million.

Scooter Braun net worth is a massive $450 million. He achieved success and wealth by assisting several other artists to achieve success, and by merely looking at his properties, ongoing projects, and all the projects he is currently involved in, it is fair to conclude that this man’s wealth will most likely continue to grow in the nearest future.