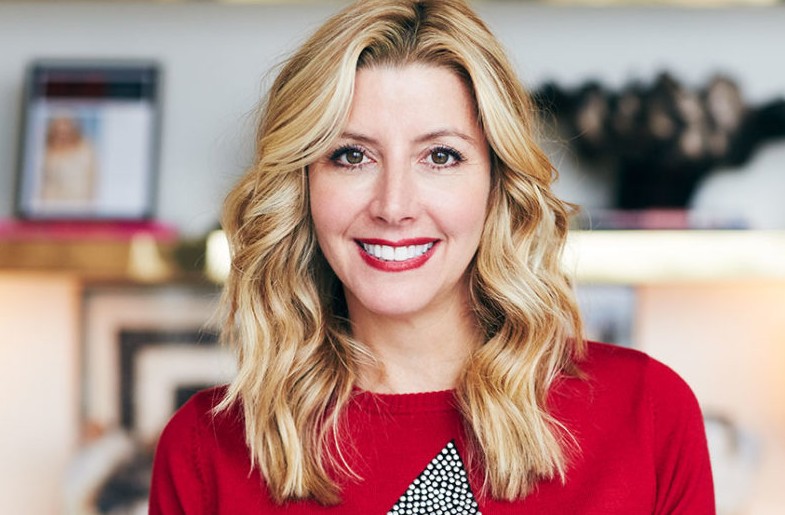 Sara Blakely is an American businesswoman and inventor who created a brand of body-slimming women’s undergarments called Spanx, and became the world’s youngest female self-made billionaire in 2012. A graduate of Florida State University, Blakely who holds a bachelor’s degree in communications started out with various jobs including working as an assistant at Walt Disney World for a three-month period before becoming first a salesgirl and later a national sales trainer at the company Danka. When she wanted an undergarment that was comfortable, undetectable beneath her clothing, and made her appear slimmer, she cut the feet off of a pantyhose she owned and discovered that she had created something other women would want. In 2000, she took her personal savings of $5,000 to market her invention. She worked at Danka during the day and devoted nights to researching patents, fabric types, and trademark designs, and ultimately found a factory willing to produce her footless hose. Blakely wrote her own patent application, chose a young blonde woman modeled on herself for her product’s logo, and also selected an endearing product name, “Spanx”. Rather than invest in advertising, she traveled across the U.S., meeting and modeling for stores such as Neiman Marcus, and others. Today, Blakely has achieved the kind of fame she has always prayed for. Though her products are known and used all over the United States and beyond, not too many people are familiar with the person behind the creation of the Spanx brand. We focus today’s article on the inventor and designer who created the popular body-slimming women’s undergarments. The name is Sara Blakely, and here’s everything you need to know about her.

Sara Treleaven Blakely was born in Clearwater, Florida, the United States on February 27, 1971. She is the daughter of American attorney John Blakely and his wife Ellen who’s an artist. She has one sibling, a brother, Ford, who is also an artist just like their mom.

A very brilliant girl from the beginning who loved to do things differently, Sara attended Clearwater High School and graduated in 1989. Before enrolling at Florida State University from which she graduated in 1993 with a bachelor’s degree in communications. She was a member of the Delta sorority while in college, and also participated in other college activities.

Her intention at that time was to become a lawyer like her father, but things didn’t go as she planned when it was discovered that her LSAT scores were too poor to get her into law school. Not backing down, Sara choose the alternative of working at Disney World for a brief period. She also did stand-up comedy in the evenings, along with other small jobs.

After working at Disney for three months, Sara got a job with an office supply company Danka. She was responsible for selling fax machines door-to-door and was quite good on the job. She was subsequently promoted to national sales trainer. Back in the 1990s, her kind of job meant she was required to dress well, which included pantyhose. Needless to say, this was incredibly uncomfortable for her due to the heat and humidity of summers in Florida. There’s a popular saying that necessity is the mother of invention and this was the case for Sara Blakely who got inspired to create Spanx by trying to cut off the feet of her hose in order to give her more comfort.

Over the years that followed, Sara researched and developed her idea of a more comfortable undergarment using her $5,000 in savings. Since most of the hosiery mills in the country were located in North Carolina, she moved there from Atlanta to shop her idea and located a company that will make a prototype. Time after time, she was turned down as no one understood her idea. Two weeks after returning to Atlanta, a hosiery manufacturer in North Carolina gave her a call. He had daughters who immediately understood and liked Blakely’s idea when he told them about it. The manufacturer offered to make Blakely’s shapewear.

It took almost a year to make the first prototype of Blakely’s product which she called Spanx. Instead of spending money on advertising, she put on her Spanx to showcase the product during a meeting with Neiman Marcus who instantly loved the product and purchased 7,000 pieces which were put up for sale in seven stores. With time, Bergdorf Goodman, Saks, and Bloomingdale also wanted to sell Spanx.

Blakely was hands-on through the stages of Spanx’s growth— including in marketing and product positioning. As opposed to the hosiery department, she made sure her product was sold in the shoe department, and this set her product apart.

After Blakely sent a package of Spanx products to Oprah Winfrey’s show with a note describing the story of her life and how she came about the product, in November 2000, Oprah Winfrey named Spanx a “Favorite Thing”. This ‘endorsement’ sent market awareness ad sales of Blakely’s product soaring. It was then that she finally quit her job at Danka and focused fully on marketing her brand. During the first year of sales, Spanx recorded $4 million in product sales. Sales jumped to $10 million the next year, and Blakely signed a deal with QVC in 2001 and sold more than 8,000 pairs of Spanx in the first 6 minutes they were available for purchase.

Blakely and Spanx have never spent any money on advertising. This is a product that grew based on organic word of mouth and smart public relations. She made a smart move in 2007 by partnering with Target to introduce an exclusive cheaper line of shapewear which she called Assets by Sara Blakely.

She owns 100% of Spanx and has never taken outside investment. In 2017, the private company had estimated sales of around $400 million.

Blakely married co-founder of Marquis Jet Jesse Itzler in 2008. The couple met at a Poker Tournament and got to know each other. They dated a year before making things official. Sara and Jesse are the parents of four children.

In 2005, Blakely finished in second place when she contested on “The Rebel Billionaire,” and was presented with a $750,000 check by Richard Branson to start her foundation. The following year, she launched the Sara Blakely Foundation which is dedicated to providing women with education and entrepreneurial training.

Blakely joined The Giving Pledge in 2013. She has been a guest panelist on ABC’s “Shark Tank.”

Sara Blakely made her wealth as the founder of the world-renowned shapewear brand Spanx. She currently owns a net worth of $1.2 billion.

In 2015, Blakely and her husband Itzler were part of the investors led by Tony Ressler that acquired the NBA franchise Atlanta Hawks for $850 million. In 2008, she purchased a three-bedroom condo in Manhattan for $12.11 million which she later sold for $30 million in 2014, multiplying her investment. Blakely is currently 50 years old. This inventor became the world’s youngest female self-made billionaire in 2012 and has continued to lead the way and create opportunities for the younger female entrepreneurs.