Samuel Bankman-Fried, popularly known by his initials SBF, is a successful American businessman, entrepreneur, and effective altruist. Cryptocurrency investors will know him better as he is famed as the founder and chief executive officer of FTX, a cryptocurrency exchange. SBF also manages assets through a quantitative cryptocurrency trading firm Alameda Research which he launched in October 2017. Forbes magazine ranked him 32nd on the “Forbes 400 list” in 2021 with a net worth of more than 22 billion dollars. In addition to his entrepreneurial concerns, Samuel is a supporter of effective philanthropy and pursues earning to give as a philanthropic career. Bearing all that has been mentioned above in mind, let’s proceed with the full details of Samuel Bankman-Fried’s biography and net worth details.

Samuel’s parents are Joseph Bankman and Barbara Fried. Both law professors from Stanford Law School, his parents gave birth to him on March 6, 1992 on the campus of Stanford University

When Samuel was about 14 years old, his mother, Barbara, noticed that he had instinctively developed an interest in utilitarianism. Later, he was sent to attend Canada/USA Mathcamp, a summer program designed for mathematically talented high school students.

For four years from 2010 to 2014, Samuel attended the Massachusetts Institute of Technology. There, he lived in Epsilon Theta, a coeducational group house. In 2012, he blogged about politics, baseball, and utilitarianism.

In 2014, he graduated from the Massachusetts Institute of Technology with a bachelor’s degree in physics and a minor in mathematics.

In the summer of 2013, Samuel started working at a proprietary trading firm Jane Street Capital trading international ETFs. Initially an intern, he returned to the firm full-time after graduating with his bachelor’s degree.

He quit Jane Street in September 2017 and moved to Berkeley, where he had a brief spell working as director of development at the Centre for Effective Altruism from October to November 2017. In November 2017, he started Alameda Research, a quantitative trading company.

In January 2018, he structured an arbitrage trade, moving up to around $25 million daily, to take advantage of the higher price of the digital coin bitcoin in Japan compared to in America. After attending a cryptocurrency conference in Macau in 2018, and while inspired by the concurrent fork of Bitcoin Cash as well, Samuel moved to Hong Kong where he started his cryptocurrency derivatives exchange FTX in April 2019. As of 2022, FTX owns approximately 90 percent of Alameda Research. 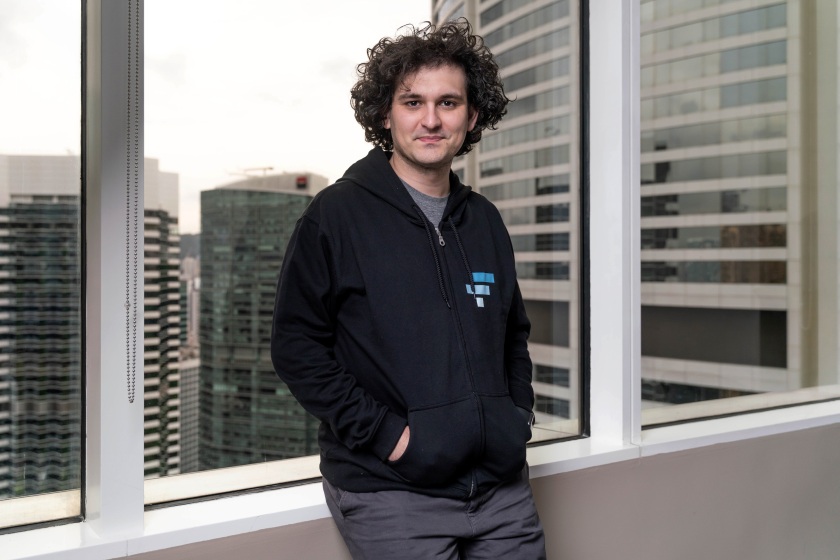 On December 8, 2021, SBF, along with other industry executives, attested before the Committee on Financial Services in relation to the regulation of the cryptocurrency industry.

Samuel Bankman-Fried is neither married nor in a relationship at the moment. He has revealed that he is a vegan and sleeps four hours per night when he has no meetings scheduled, on a chair in his office right next to his computer. He shares an apartment with roommates as well, and almost never goes on vacations or drinks.

A notable humanitarian, SBF is a supporter of effective philanthropy and pursues earning to give as a philanthropic career. He is a member of “Giving What We Can” and has pledged to donate the major bulk of his wealth to charities over the course of his life. His crypto company FTX has a policy of donating 1 percent of its income to charity. He was one of the largest chief executive officer donors to Joe Biden in the election cycle of 2020, personally donating 5.2 million dollars, second to only Michael Bloomberg.

Although we are yet to obtain accurate documents regarding how much he makes from his works, there is established information on the internet that reports that Sam Bankman-Fried’s net worth is estimated at $22 billion. A dedicated American entrepreneur and investor, SBF is the founder and chief executive officer of the crypto exchange FTX, a company that has provided him with the bulk of his fortune. SBF is also big on the crypto industry as an avid investor and promoter of cryptocurrencies. He is also known for his duties at Alameda Research, a firm that he established to engage in quantitative cryptocurrency trading.

Widely considered to be the richest individual in the cryptocurrency business, Sam became a billionaire before he clocked 30. Along with Mark Zuckerberg, He has amassed one of the largest fortunes in the shortest period of time. With all that has been mentioned, most of Sam’s wealth, to be candid, is tied up in tokens as well as in his ownership stake of FTX. His assets are described as “illiquid” and “of speculative value”.