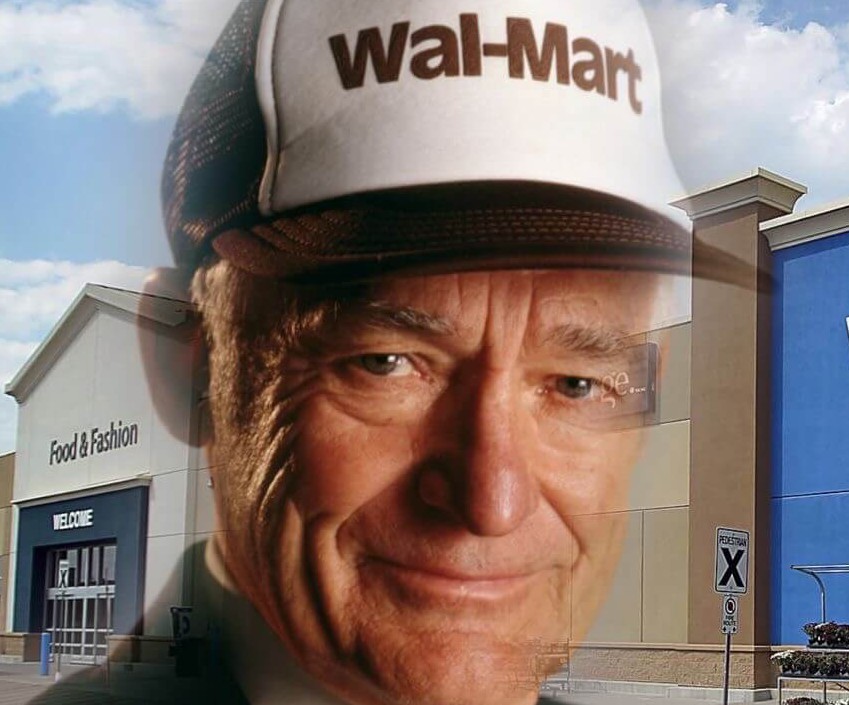 Sam Walton was a brilliant American businessman best remembered as the founder of the WalMart Stores Inc. which eventually grew to be the largest corporation in the world (by revenue) as well as the leading private employer in the world. Founded in 1962, the company currently boasts of thousands of stores across the world. Walton had spent many years in the retail management industry before opening his first WalMart store. Born into a meek farming family in the 1910s, he grew up in a time when it was difficult for his family and almost everyone around him struggled to make ends meet. Still a young boy, he did several jobs in order to add to his family’s income and this ensured he learned the value of hard work at a young age. He graduated from the University of Missouri with a bachelor’s degree in economics. After working at J. C. Penney for a while, he went on to join the army and served during the war years until he moved to venture into the retail management business. He took over the management of his first store when he acquired a Ben Franklin variety store in Arkansas. Eventually he launched the first WalMart store in 1962, which as of today, has grown to include more than 11,000 stores in 28 countries. Here’s Sam Walton’s biography, and other details surrounding his life.

Samuel Moore Walton was born in Kingfisher, Oklahoma, United States on March 29, 1918, to Thomas Gibson Walton and his wife Nancy Lee. He had a younger brother, James. His father was a poor farmer who later ventured into farm mortgaging as farming didn’t provide enough money to sustain his family.

The family moved often during Sam’s early childhood. He was good with his studies and became the youngest Eagle Scout in the history of Missouri while studying in his eighth grade in Shelbina, Missouri. After years of moving around, the family finally found a place to settle in Columbia, Missouri. He grew up during the “Great Depression” period and had to take up many small jobs in order to help his struggling family to make ends meet. Among other chores, he delivered newspapers and sold magazine subscription. He also milked cows owned by the family, bottled the excess and sold it to customers.

He schooled David H. Hickman High School in Columbia and was voted the “Most Versatile Boy” when he graduated in 1936. He then proceeded to the University of Missouri where he earned a bachelor’s degree in economics in 1940. 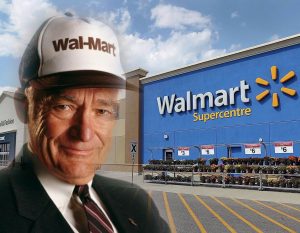 After completing his college, Sam joined J. C. Penney in Des Moines, Iowa as a management trainee. While working there, he was paid $75 per month. He resigned from the firm in 1942 and enrolled into the United States Military. At the same time, he also worked at a military capability plant of DuPont. Subsequently, he joined the U.S. Army Intelligence Corps and was posted to Fort Douglas, Utah. He elevated through the ranks and left the military in 1945 after reaching the rank of captain.

At the age of 26, Walton took a loan of $20,000 from Thomas, his father and went on to purchased a variety store, Ben Franklin. He initiated many concepts, and the sales from his business reached $225,000 in a period of three years. He then went on to acquire the Bentonville store. In 1962, he opened the first Walmart store in Rogers, Arkansas. In the beginning, he worked with Stefan Dasbach to grow his business. One of the chief driving forces that ensured his business stayed afloat was his ability to keep the price low for the products. Walmart went public in 1970, and then in the 1980s, he went on to open the popular Sam’s Club. In 1988, he resigned as the Chief Executive Officer of Walmart but still remained at the company until his death.

Walton has appeared on many lists of the richest men in the United States, especially between 1982 and 1988. Time magazine named him among the 100 most influential people in the world in the 20th century. In 1992, he received the “Presidential Medal of Freedom” from George H. W. Bush, which is the highest civilian honor in the United States. In that same year, he got included in the Junior Achievement United States Business Hall of Fame.

On February 14, 1943, Sam Walton got married to Helen Robson. The couple had a happy union which produced four children— one daughter and three sons.

Walton’s biggest hobby was hunting, especially quail. Along with his wife, he was an active churchgoer and also taught Sunday school. The family also supported many charitable causes, and gave back to the needy in the society.

Sam L Walton suffered from two types of cancer: bone marrow cancer and hairy-cell leukemia during the later stages of his life. He passed away on April 5, 1992, at the age of 74.

His enormous wealth made sure he entered many lists of the richest men of America. He found considerable success by launching a number of small businesses, including Walmart stores, which has today, grown into a giant Corporation and global brand today.

Considered to be one of the most popular and most successful entrepreneurs that have ever walked the earth, Sam Walton net worth at the time of his death was $8.6 billion. Following his death, his massive fortune was inherited by his widow and the children he left behind. He has left an outstanding legacy in the world, and his name will surely remain for many more generations to come.