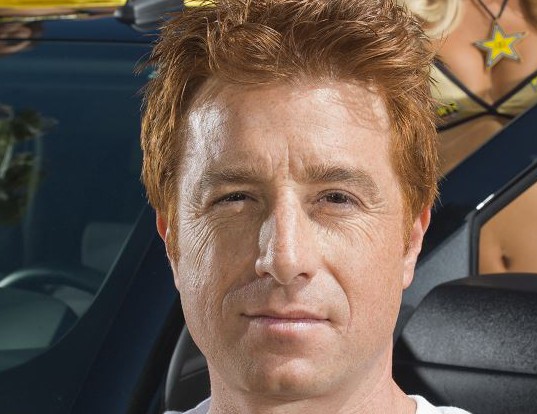 Russell Weiner is a businessman and political fundraiser. He is best-known as the Chief Executive Officer of Rockstar Energy Drink, a company he founded in 1996. Rockstar has become a leading energy drink in the world today. With 14% of the United States market in 2008 after it was introduced in 2001. It is the third most consumed energy drink in the world today with annual sales of $300 million, just behind Monster and Red Bull. Being involved in this company and its complete operation is majorly responsible for Russell Weiner net worth. He is famous as a businessman today courtesy of his innovation and involvement in the running of his company. Here’s Russell Weiner biography and career details as an American businessman and political fundraiser.

Russell Goldencloud Weiner was born in 1970. He is the son of Michael Weiner, a known conservative radio talk show host who sometimes goes by the name Michael Savage. His mother’s name is Janet Weiner, and their family is Jewish.

He attended Redwood High School in Larkspur, California before enrolling at San Diego State University where he graduated from with a bachelor’s degree in political science.  He has worked as a travel consultant, and even organized events for Paul Revere Society.

Russell is the creator of the Rockstar energy drink, a company that is based in Las Vegas, Nevada, United States. He is also the Chief Executive Officer of this company which he founded in 1996. In the year 2016, he was included by Forbes in its list of ‘500 richest Americans’ where he occupied position 494.

Along with his father, Russell Weiner co-founded the Paul Revere Society. In 1998, he ran for the 6th district seat as a Republican in the California State Assembly. He received an endorsement from the NAACP president of the Oakland branch in California. In June 1998, he won the Republican primary election by 5 votes. Among his campaign issues included protection of old-growth forests, the ballot initiative eliminating bilingual education in schools, and advocacy for Proposition 227. Receiving 13.3% of the vote, Russell lost to incumbent Democrat Kerry Mazzoni. After he lost the election, posters depicting him were destroyed in an anti-Semitic manner.

In 2009, Russell Weiner donated $25,000 to the California gubernatorial campaign of the Democratic mayor of San Francisco, Gavin Newsom, who returned the donation and Russell donated it to charity.

Russell Weiner has also engaged in the real estate business by buying and selling houses. In 2006, he bought the West Hollywood house of basketball player Carlos Boozer for around $10 million. Two years afterwards, he listed his home there for less than $3 million (originally almost $15 million based on replacement costs) and it was sold for $8 million in 2009. Russell Weiner lives in Delray Beach, Florida.

Russell Weiner, an American entrepreneur, currently has a net worth of $3.7 billion. He is best recognized for creating and founding the popular Rockstar energy drink company of which he is the Chief Executive Officer. He has earned the vast majority of his wealth from his own company although his salary and the exact amount he earns has never been disclosed. He owns 85% of the company which was valued at $1.8 billion in 2014. Today, the company is valued at more than $5 billion. His mother Janet is the owner of the remaining 15% of the shares of the company, and serves as its CFO. Rockstar is currently the 3rd most-consumed energy drink in America and the whole world at large with annual sales of $300 million in the United States alone. Rockstar is third placed, just behind Monster and Red Bull. In March 2020, PepsiCo bought Rockstar Energy Drink for $3.85 billion.

He is also known for his involvement in the real estate industry, and his activities there have greatly contributed to his net worth. In October 2012, Russell sold his Palm Island Miami home to American rapper Birdman for $14.5 million. Weiner bought the property out of foreclosure from financially-distressed music producer Scott Storch, who paid $10 million for the home in 2006, Weiner, bought it in 2010 for $6.75 million. He doubled his initial investment when he flipped it two years later for $14.5 million.

In 2013 Russell acquired a beachfront home in Hermosa Beach, California for about $10 million. In March 2019 he listed it for $21 million. In September 2019 he paid $16.5 million for a mansion in the Hollywood Hills. At the time of purchase, Russ owned several other Los Angeles homes including two estates in Beverly Park. He purchased his first mansion in Beverly Park for $15 million in 2007 and the second for $18.6 million eight years later. He also owns Madonna’s former compound in Sunset Boulevard which he bought in 2015 for $19 million. All these put together, Russell Weiner’s currently known real estate portfolio is worth at least $150 million.