From Italy to America and back to Italy, the wonderful story of Fiorentina’s president, Rocco Commisso, is one that will lift your spirit. Rocco emigrated to America with other members of his family when he was 12 years old and returned to Italy as an idol.

Italians, very often in history, have been forced to move to the United States in a bid to seek better living conditions or look for a job and stability for themselves and their families. Many difficulties, both in coping in a whole new and different culture and in being accepted into another society are some problems these immigrants usually face. While many struggled, there were a few who managed to stand out and succeed to become known and appreciated, and one of such people is Rocco Commisso.

Rocco is an Italian-American billionaire businessman and entrepreneur. He is the founder, chief executive officer, and chairman of Mediacom, a media company that is now regarded as the fifth-largest cable television company in America. In his career, Rocco has worked for many companies including Chase Manhattan Bank, the Royal Bank of Canada, and Cablevision. Since 2017, he has been the owner of the MSL franchise New York Cosmos, and since 2019, the owner of ACF Fiorentina of the Italian Serie A.

Rocco Benito Commisso was born in Calabria, Italy on 25 November 1949. When he was 12, he left his country of origin and moved to the United States alongside his family in search of better opportunities.

He attended Mount Saint Michael Academy in the Bronx for his high school and joined Columbia University on an undergraduate scholarship, graduating in 1971 with a bachelor’s degree in industrial engineering. He later attended Columbia Business School and completed his MBA in 1975.

Right from his childhood days, Rocco was always passionate about sports and entertainment. While he was a student of Columbia University, he played in the varsity football (soccer) team and was co-captain at a certain point. He was also appointed as the president of the business school student body and completed his tenure with a business school service award.

After graduating from college, Rocco started his career as an employee of Pfizer Inc. After working there briefly, he returned to school for his MBA before going on to spend around ten years in the financial industry, working for the likes of Chase Manhattan Bank (now known as J.P. Morgan Chase) and others.

From 1986 to 1995, Rocco served as Executive Vice President, Director, and chief financial officer of Cablevision Industries Corporation, helping the company to grow from the 25th to the 8th biggest cable company in America, with over 1.3 million customers at the time it merged with Time Warner.

He founded the company Mediacom Communications out of his basement in 1995 and has been the chief executive officer and chairman ever since. Mediacom acquired cable systems in smaller American communities and went public in 2000 after which it witnessed massive expansion, growing to take its reputed spot as the 8th biggest cable operator in America with annual revenues of more than $1.6 billion. The company has since gone private and is now wholly owned by Commisso. It is identified by many media organizations as the best cable company in America.

Rocco Commisso also serves on the board of directors of Cable Television Laboratories, Inc., C-SPAN, and the National Cable and Telecommunications Association. He is also a distinguished member of the Cable TV Pioneers.

Commisso played varsity soccer for the Columbia University Lions from 1967 to 1970. He is a three-time All-Ivy League winner. He served as the team’s co-captain in 1970 and also made Columbia’s first-ever appearance in the NCAA soccer tournament. 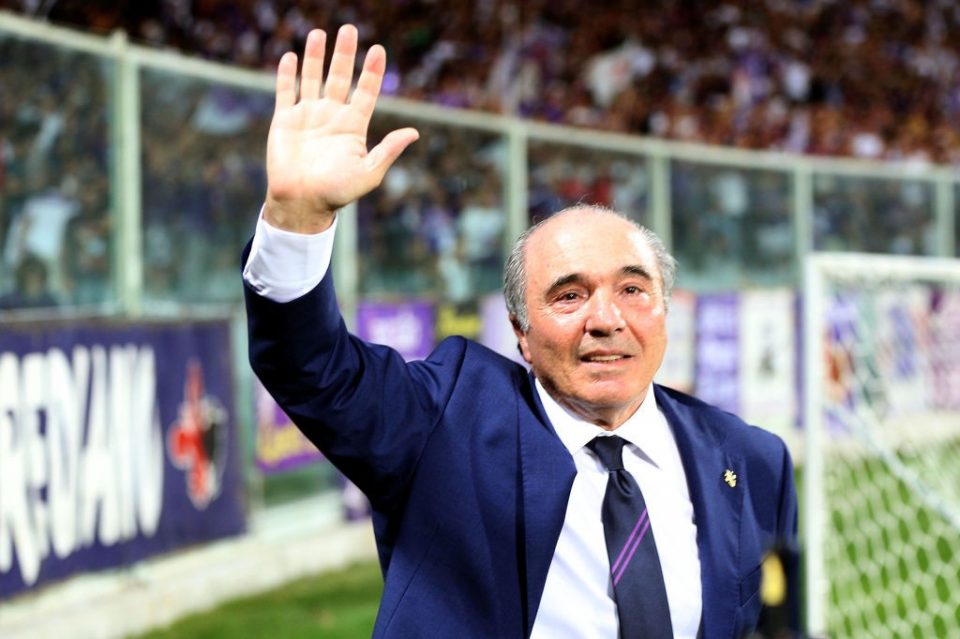 Asides from playing, Rocco has been an avid contributor to Columbia men’s soccer programs and events since his days as a student. From 1978 to 1986, he was the Chairman of “Friends of Columbia Soccer”. There’s also an award that is presented annually by Columbia to its football players which is in his name. In October 2013, Columbia University named its football venue at the Baker Athletics Complex of the school as the Rocco B. Commisso Soccer Stadium.

His passion for the game of football led him to acquire a majority ownership stake in the New York Cosmos in January 2017 and he became the club’s new chairman. He doubled on his sport franchise investments in June 2019 when he purchased Italian football club ACF Fiorentina for somewhere between $150–200 million.

In 2004, Columbia University’s newspaper, the Columbia Spectator, named Rocco Commisso as one of Columbia’s 250 greatest undergraduate alumni. The school of business also honored him as Select Distinguished Alumni.

In his lifetime, he has won an Ernst & Young Entrepreneur of the Year Award, the National Italian American Foundation Lifetime Achievement Award, and Cablevision magazine’s Innovator Award for Business Strategy.

He won the Vanguard Award for Distinguished Leadership in 2009, and in 2010, he was named Business Person of the Year and was inducted into the SUNY New Paltz School of Business Hall of Fame.

Rocco Commisso has been married to Catherine Commisso for many years now. They are the proud parents of two children. The family lives in Saddle River, New Jersey.

As of 2015, Catherine Commisso worked for her husband’s company Mediacom as the head of corporate administration.

In 2020, Rocco led a GoFundMe campaign, Forza e Cuore, aimed at raising over $1 million for hospitals in Florence during the Covid-19 pandemic.

The Italian American businessman, Rocco Commisso, is said to own a net worth of $3.5 billion. He has made most of his money from being the founder, chairman, and chief executive officer of Mediacom, an establishment that has been identified as one of the largest cable television companies in the United States.

Before deciding to go his own way and start up his own business, Rocco spent the earliest stages of his career working for a number of companies including Pfizer Inc., The Royal Bank of Canada, Cablevision, and Chase Manhattan Bank.

Today, while entertaining profits from his cable company Mediacom, the Columbia University and Columbia Business School graduate also enjoys an income flow as the owner of two sports franchises, the New York Cosmos of the MSL and ACF Fiorentina of the Serie A. He also serves on the board of a number of organizations which also add benefits to his wealth. Some of these organizations are C-Span and the National Cable and Telecommunications Association.