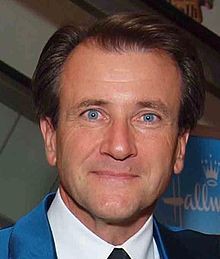 Canadian businessman Robert Herjavec is the founder of the Canadian integrator of Internet security software, BRAK Systems, which was later sold to AT&T Canada (now Allstream Inc.) in 2000 for $30.2 million. He later the founded The Herjavec Group in 2003. It is now one of Canada’s largest information technology
and computer security companies, with more than $200 million in annual revenue. He has also appeared on TV in the television series “Dragons’ Den” and “Shark Tank”, where he is an investor. Robert Herjavec net worth in 2020 is estimated to be $200 million. Asides investing and doing business he has also written a number of books on advancing in business, and has been honoured with several awards and accolades for all of his accomplishments.

Herjavec was born on 14 September 1962 in Varaždin, Croatia, and grew up in Zbjeg. He immigrated to Canada at the age of eight. Growing up in Zbjeg, Croatia (former Yugoslavia) was challenging for his family, particularly his father who had to be thrown in jail often for speaking out about communism. This contributed to the reasons for the family’s move out of the country in search of better opportunities in Canada. According to Herjavec, the family arrived in the country with just a single suitcase and only $20 to their name. They eventually moved to Toronto in Canada where his father worked in a nearby factory while he attended school. He barely communicated in English in his early days in the country and had to endure being ridiculed by his classmates. Compared to many other Canadians, he was in a lower economic class and had to struggle with that fact.

After immigrating to Canada from Croatia Robert and his family lived in a basement for over a year. By 1984, he had completed his studies at the University of Toronto. Although he would later become an entrepreneur, his university education didn’t show this fact. He completed post-secondary education with an English literature and political science degree. His qualifications weren’t enough to fetch him well-paying jobs, and had to settle with delivering newspapers, waiting tables, and handling a range of several minimum-wage jobs in order to help his family.

Upon completing his education at the University of Toronto, Robert found himself doing a couple of odd jobs in order to support his family. He eventually had the opportunity to work in a number of film projects as a third assistant director, including “The Return of Billy Jack” and “Cain and Abel”. During the 1984 winter Olympics in Sarajevo, he worked as a field producer for Global TV.

While searching for work in between productions, he applied for a place at Logiquest, a company which sold IBM mainframe emulation boards. Although he wasn’t qualified for the position, he managed to convince the company to give him the chance to prove his worth by offering to work without pay for 6 months. To pay his rent during this period of working for free, Herjavec continued waiting tables. He eventually ascended in rank and became.

After being fired from the company, Logiquest, he founded the Canadian integrator of Internet security software, named BRAK Systems, from the basement of his home in 1990. Ten years later, he sold his BRAK Systems to AT&T Canada (now Allstream Inc.) for $30.2 million. Soon after, he became the Vice President of Sales at Ramp Network. Nokia later bought Ramp Network for $225 million.

In 2003, Herjavec founded a security solutions integrator, reseller and managed service provider known as The Herjavec Group. This company is one of the fastest growing technology companies in Canada. It is also the largest information technology security provider in the country. From 3 employees with about $400,000 in sales in 2003, the company has grown to $200 million in annual revenue. In 2017, Herjavec was phished by James Linton an “email prankster” as the company Chief Executive Officer, inviting him to a toga party. The fake account was later copied into official financial projection documents.

Asides investing and doing business, Herjavec has been featured in a number of television shows. He appeared on the Canadian CBC Television series “Dragons’ Den” (from season 1 to 6), and in the United States version of the series, “Shark Tank” (alongside other investors like Mark Cuban and Daymond John), where aspiring entrepreneurs present business pitches to a panel of potential investors. His most successful investment from the show “Shark Tank” is a $100,000 for a 10% stake in Tipsy Elves, a sweater company.

In 2015 Herjavec contested for 20th season of the reality series “Dancing with the Stars”. His partner was Kym Johnson, an Australian dancer (and eventual wife). During a double elimination, Herjavec and Kym were eliminated and finished in 6th place.

Robert Herjavec net worth is $200 million.

Herjavec is a winner of three Gemini Awards for being a part of the Canadian reality show “Dragon’s Den”. In 2013 he was honoured with the opportunity to present awards at the Creative Arts Emmy Awards and the Mr. Olympia contest. For “Outstanding Service to Canada”, he received the Queen Elizabeth II Diamond Jubilee Medal by Governor General of Canada in 2012, and also the Ontario Entrepreneur of the Year Award.

Herjavec has married twice. His first marriage was to Diane Plese in 1990. They separated in 2014 and divorced in early 2016 after having a son and two daughters together.

In July 2016, Herjavec married Kym Johnson, his former partner on the reality show “Dancing with the Stars” after having a relationship since 2015. Their twins were born in 2018.

Robert Herjavec had suicidal ideation after his first marriage fell apart. His financial status was affected in 2019, when a judge ruled that he must pay his former wife extra sums that would bring the total of what she received from the marriage to $25 million, and this caused a major depletion of Robert Herjavec net worth.

He owns a $7.5 million home in Toronto. His mansion has been host to luminaries like Bono, Mick Jagger, Michael Bublé, and John Travolta. His residence has been featured on MTV Cribs, the Rolling Stones’ tour video, and on Joan Rivers’s show How’d You Get So Rich?. He also reportedly has several other vacation homes.

Robert Herjavec is a known Canadian businessman, television personality, and investor. Most people know him for appearing on the popular television series “Shark Tank” where he examines startup business ideas and proposals put forth by contestants. He also appeared for six seasons in the Canadian version of the show, known as Dragon’s Den. Asides featuring as a television personality, Robert has achieved massive success as an entrepreneur and businessman. He has also written a number of books on advancing in business, and has been honoured with several awards and accolades for all of his accomplishments. He is a venture capitalist who started an empire centered around internet security and has now become one of the most remarkable success stories of an immigrant who made dreams come true in Canada.

Robert Herjavec net worth is estimated at $200 million.