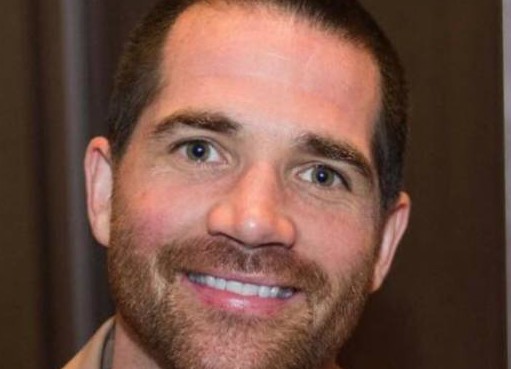 Rob Moore is a British Entrepreneur, Investor, and Author of 6 Amazon and Audible Bestsellers. He is also a Prolific Podcaster, two-time Public Speaking World Record Holder, and the Founder of The Rob Moore Foundation. He lives and loves entrepreneurship and property investing. He is known to run several successful businesses, and is also the host of two podcasts. Rob lives up to his brand and also poses as an entrepreneur, with interests consisting of property development, digital media, and public speaking. He is on a mission to change people’s feelings and thinking about business and hopes to support people around the world through the Rob Moore Foundation. In all that he does for a living, Rob Moore is a successful and wealthy man, and continues to work hard to stand out from the others. Here’s everything about Rob Moore, what he does and how he makes his money.

Rob was born in Peterborough, England, and he attended the University of Huddersfield. His entrepreneurial journey began at a young age, when his father encouraged him to assist in the family pub, cleaning, ‘bottling up’ and accompanying his father while he was buying pubs. But Rob lost his way in his teenage days and 20s, with a lack of clarity and direction, and was struggling by age 25 as an artist. On December 15 2005, Rob’s father had a huge nervous collapse in his pub; he was sectioned by the cops in front of his customers, and has been suffering from bipolar disorder ever since. This was a harsh awakening for Rob, who became ashamed of himself for not living up to anything near his potential and taking total advantage of the upbringing given to him by his family. To this day, this is one of the main drivers for Rob Moore’s life and enterprises.

At the turning point of his life in 2005, Rob Moore was £50,000 in personal consumer debt. He was shocked into action, and no longer gave excuses nor depended on others. He had to the something for himself urgently so he decided to start up something useful in his life. Within one year, he cleared uo all his debt. A year later, he had about 20 properties in partnership with Mark Homer, and after another two years, they had 50 properties. 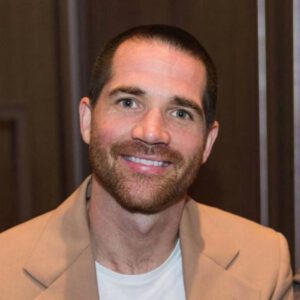 Rob Moore, now 41 years of age, is known to be the co-founder of UK’s leading property training company known as Progressive Property. He is also the co-founder of Unlimited Success with a business partner. He subsequently became the host of the highly successful podcast “The Disruptive Entrepreneur” and later “The Money Podcast”, which are listened to in more than 192 countries worldwide. This has grown into a whole digital agency: Progressive Media.

A self-made multi-millionaire by age 30, having risen to wealth from being heavily in debt during his 20s, Rob Moore has retired and un-retired many times (one of his epic weaknesses), each time introducing a new innovation, book, or entire company.

Rob is also a social media influencer, communicator, and writer. He has written about 8 books which have now been translated into over a dozen languages and has gone on to receive over 9,000 reviews (and 200 1* ratings!). He is highly sought-after as a public speaker, having given over a thousand speeches in the last ten years and held 2 world records for the lengthiest individual speech marathon. He has the rare ability of cutting to the chase, employing his personal experience to assist other people and entertain in a disruptive way.

He is also a philanthropist, who through his foundation known as the Rob Moore Foundation, provides opportunity, start-ups, and established businesses for under-privileged individuals to gain valuable support, mentorship, and investments from some of the big names in the business. All his profits from the sales of his books go to the Foundation. His most recent book is titled Money: Know More, Make More, and Give More.

Rob Moore is an accomplished go-getter. He has published eight books to date, and is revered as one of the top non-fiction authors in the United Kingdom. Before becoming a millionaire a decade ago, he was heavily in debt as an artist but managed to pull out of the mess and settled his £50,000 debt.

Moore built the largest property training company Progressive Property in the United Kingdom, and later won business of the year award in 2016. In the same year 2016, he won Property Wire Training Company of the Year.

Rob Moore is one of the top influencers in the United Kingdom, boasting of over 800,000 subscribers and followers on email and social media. He co-owns or manages about 850 tenants in his property portfolio and Progressive Lets agency, and is currently developing 160 residential property units. The media personality is regarded as a leading business podcaster in the United Kingdom with his podcasts registering over 200,000 million downloads a month.

He has mentored some big celebrities in the United Kingdom including Kevin Clifton, and has served as board advisor to some big companies.

Rob Moore has nearly died twice in his lifetime; peritonitis and a motorbike crash. He applied for the reality show ‘Big Brother’ in a confusing period of his life, and thankfully did not get it. Good-looking enough, he was named the “Face of Peterborough” in the 1999. He listens to Rammstein and Radiohead to cheer himself up whenever he’s feeling down.

Moore appeared on the Sun Newspaper and also on the ‘world’s most expensive crashes’ website for crashing his week-old Ferrari into the News International building, sustaining a £105,000 repair bill.

Mr. Moore became a millionaire before he clocked 31. By the age of 40, Rob had a successful business and property empire. One of his most proud moments was giving his parents his house from the profits he made from his business.

Rob Moore net worth is £250 million currently. He seeks to help people around the world better their lives and start up their own small business. Through hi s Rob More Foundation, he manages to reach less-privileged people in the society and guides them through ways to achieve whatever goals they set for themselves.