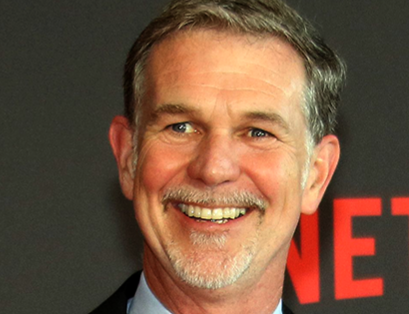 American Businessman Reed Hastings is the co-founder, chief executive officer, and chairman of Netflix. A former member of California State Board of Education, Reed is a supporter of education reform through charter schools. He currently sits on a number of non-profit organizations and boards, and contributes his own part to philanthropy and betterment of the younger generation. Reed Hastings net worth is the total of all he has earned throughout his successful business career which has seen him startup companies that have employed hundreds to thousands of people across the world. For all that he has contributed to the media and lives of youths, Reed deserve to be known and recognized across the world for all that he has accomplished as a hardworking business executive and entrepreneur. So here’s his biography and success story.

Wilmot Reed Hastings, Jr. was born in Boston, Massachusetts, United States on October 8, 1960, to his parents Joan Amory Hastings and Wilmot Reed Hastings. He attended Buckingham Browne & Nichols high school for his education before joining the Marine Corps. In 1983, he rounded up his college studies at Bowdoin College, and became a math teacher in Swaziland as a member of Peace Corps. In 1988, he graduated from Stanford University, earning his master’s degree in computer science. 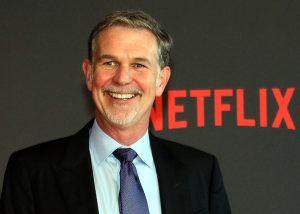 Soon after his graduation, Reed started working as a software developer at Adaptive Technology where he served under Audrey MacLean until he left the position in 1991. He proceeded to create his own business by combining with Raymond Peck and Mark Box to form the company ‘Pure Software’. With Hastings as the chief executive officer of Pure Software, the company dealt with the production of software products, and made substantial gains over the years. In 1996, the company fused with Atria and became known as the Pure Atria Corporation. In 1997, the venture was acquired by Rational Software.

Following the acquisition of the Pure Atria Corporation by Rational Software in 1997, Reed Hastings combined with former Pure Software member of staff Marc Randolph and they founded a new company, “Netflix”, offering flat rate film rental-by-mail to customers in the United States by combining two rising technologies; DVDs, which were easier to mail than VHS-cassettes, and an online platform to order them from, instead of paper catalogue. Netflix, headquartered in Los Gatos, California in the United States, Netflix has garnered a collection of 100,000 titles and over 100 million subscribers. The idea for Netflix came to Hastings after he left Pure Software.

As Netflix grew, it was noticed for its inventive management practices—the results of the mores Hastings was exploring—called “Freedom and Responsibility.” Netflix reportedly offers average employees hefty severance packages to make certain that employees are consistently working to advance the company’s innovative environment. Netflix has gotten rid of sick and vacation time for its staff, and instead allows them manage their time off individually. As chief executive officer and chairman of Netflix, Reed created an internal culture guide for the company by meeting with staff to discuss the culture of the company, and workers’ theories about it. In August 2009, Hastings posted the company’s internal culture guide publicly on the internet, and it eventually turned to a pre-employment screening tool that discouraged incompatible people from applying.

Netflix has grown to become a world-known brand, and now boasts of over a hundred million subscribers. Reed is a promoter of Internet television and thinks of it as the future. He credits YouTube for his move in strategy for creating a video streaming service.

For his other business interests, Reed Hastings was appointed as a director of Facebook in June 2011. As of September 2016, he owned over $10 million worth of Facebook shares.  In April 2019, Facebook announced that Reed would leave the board in May 2019 after about 8 years of dedicated service to the social media platform. From 2007 to 2012, he served on the board of Microsoft, and also served as the chief executive officer of the political association of business executives called ‘Technology Network.’

Reed’s biggest life achievement is probably his contribution towards the founding and development of Netflix, a company which launched its services in 2007 to stream movies and television to computers and other mobile devices. For his numerous accomplishments as an entrepreneur and also for his support and contributions to philanthropy, Reed Hastings was honored to be conferred with the Henry Crown Leadership Award in 2014. Netflix is a global brand today, and has since gone from providing movie streaming services to actual promotion and distribution of movies and television shows, and the success of the company has been credited to Reed and his colleagues who have been committed to the company since its inception.

Reed Hastings has been married to Patricia Ann Quillin for several years running, and they both reside in the San Francisco Bay Area with their two children.

A kindhearted gentleman, Reed will always be remembered for his love and inclination to philanthropy. He has donated $1 million to the Beacon Education Network for the purpose of building charter schools in Santa Cruz County. He also donated more than $250,000 for a Budget Reform Now in 2009, and continues to give back to the society through works of charity.

Considered as one of the wealthiest and most successful entrepreneurs in the United States, Reed Hastings has acquired a huge fortune from his line of business where he has co-founded and managed several big companies including Pure Software and Netflix. His current position as chief executive officer and chairman of the Netflix company enables him cart away a mighty salary at the end of every year. He also own Facebook shares worth about $10 million on Facebook.

Reed Hastings net worth is $6.3 billion today. He began to get rich after his company went public and the value of Netflix shares increased beyond expectation. Today, he is one of the most influential Americans and his Netflix company is set to continue providing its services for many more years to come.