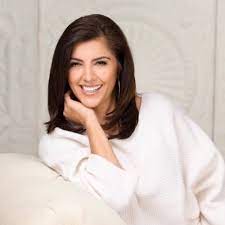 This article is about Rachel Campos Duffy biography and net worth. On this page, we have provided the most interesting details on  Rachel Campos-Duffy bio, age, husband, children, family, occupation, estimated net worth and other important information.

Rachel Campos Duffy is an American TV personality. She was born on October 22, 1971. She is an actress and TV personality who made her first appearance on television when she was 23 years old as a member of the cast for The Real World: San Francisco, an MTV reality television series. She later moved on to be employed as a TV host. She worked as a guest host on an ABC talk show The View, before moving to Fox News.

Rachel Campos Duffy was born Rachel Campos to her parents, Miguel Campos and Maria del Pilar in Tempe, Arizona. She has three siblings – two brothers, Joseph and Patrick Campos, and a sister, Leah Campos, who in 2012, ran for congress in Arizona, United States.

Rachel’s grandparents emigrated to the United States of America from Mexico. She graduated from Arizona State University in 1993 with a degree in Economics. She also has a master’s degree in international affairs, which she obtained from the University of California in San Diego.

Rachel Campos Duffy kick-started her career as an on-screen personality when she joined the cast of The Real World: San Francisco, an MTV television series in January 1994 when she was 23 years old. She lived with six housemates in the house on Russian Hill in San Francisco from 12th of February 19th June. During her time on the series, she had a romantic relationship with David Rainey, a fellow housemate.

In 1999, Rachel taped Road Rules: All Stars, along with former cast-mates of previous Real World seasons, such as Sean Duffy whom she later married. Rachel Campos Duffy alongside other ten ex cast-mates starred in the 2003 film The Wedding Video, a 2003 film.

She tried three times, to obtain a role in “The View”, a daytime TV talk show. In 1999 when Debbie Matenopoulos left the talk show, Rachel and two others competed for her spot in an on-air contest which saw Rachel lose to one of her competitors, Lisa Ling.

When Lisa Ling departed in 2002, Rachel vied for the role for the second time even though she was already engaged in her own “coffee talk” show. She competed with two other contestants for a whole week and lost again to Elisabeth Hasselbeck.

Rachel Campos tried again for a role on daytime talk show, “The View”, when Elisabeth Hasselbeck left the show in July 2013. This time, she did not succeed as Jenny McCarthy was hired instead.

Rachel Campos works for Fox News as a guest host on the show outnumbered.

During an appearance on The Ingraham Angle a Fox News program  on June 21, 2018, Rachel backed the controversial separation of families of immigrants arrested crossing the US border  by president Donald Trump’s administration. She said the facilities where the arrested immigrants’ children were housed were safer than the journey that the children had made. Her comments drew heavy criticism from her fellow media personalities, including the likes of Jane Coaston an African American VOX reporter, Nicole Hannah Jones a writer for New York Times Magazine, Ava DuVernay a filmmaker, Essence Magazine’s Britni Danielle and many others.

In 2017, Rachel  hailed the actions of Greg Gianforte a Republican congressional candidate of Montana when he physically assaulted Ben Jacobs,  a staff and reporter of The Guardian. She called the incident which took place when the republican congressional candidate Greg Gianforte grabbed the reporter, Jacobs, threw him to the ground and punched him after the reporter tried to interview him on the Republican health care plan, “Montana justice”.

In 2016, Rachel Campos-Duffy rendered support for Scott Walker in the Republican primary for the 2016 presidential election.

She is the national spokesperson for the non-profit organization, the LIBRE initiative. The organization which was founded by the Koch Brothers seeks to promote ideas about the rule of law, economic stability, property rights, constitutionally limited government and free market capitalism, particularly to the Hispanic community.

Rachel Campos-Duffy has appeared in the following television shows and movies:

While she has suffered two miscarriages, Rachel Campos Duffy has a big family with her husband Sean Duffy. They have nine children together.

Some of her children’s names are – Xavier Duffy, John-Paul Duffy, MariaVictoria Margarita Duffy, Patrick-Miguel Duffy, Lucia-Belen Duffy, Paloma Pilar Duffy and Evita Pilar Duffy. Her ninth child was born with a hole in his heart.

Rachel has an estimated net worth of five hundred thousand US dollars ($500,000).

We have rounded up on the article Rachel Campos Duffy Bio. All the important information and facts regarding Rachel Campos Duffy Bio, age, husband, family, children, career highlights and net worth have been provided in this article. This page will be updated regularly with the latest details and happenings in Rachel Campos-Duffy’s life, family and career. If you agree that the article was great and you really enjoyed it, you should consider sharing it to others too. You can share this post across all social media platforms by clicking on the social media buttons below.