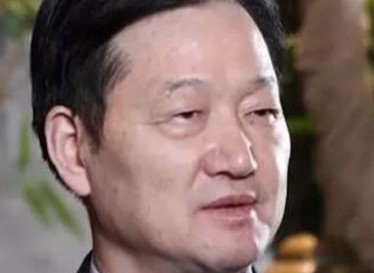 Qin Yinglin is one of the most popular Chinese men in the media as of the time of this publication, following his successful rise in the farming industry as the richest farmer in the world. The billionaire Chinese businessman is the founder and chairman of the company “Muyuan Foodstuff”, a pig breeding and distribution business. The Nanyang, China-based company began trading openly in Shenzhen in the year 2014 and also manufactures a variety of animal feed products. According to a 2019 report, the foodstuff company slaughtered more than 10 million pigs that year and reported revenue of 20.2 billion yuan ($3 billion). This article discloses the biography and career of Qin Yinglin, one of China’s richest men.

Qin Yinglin was born in the Henan Province of China. He received his education from Henan Agricultural University where he studied Animal Husbandry. He spent most of his early days as a teenager focusing on his studies and working out ways to accomplish things in life after graduating from school. Qin had a very humble beginning. He grew up in china and had to depend on doing several small jobs in order to make some income for his upkeep. However, things changed for him when together with his supportive wife, he opened a small pig farm which eventually set him on the path to fortune and fame. 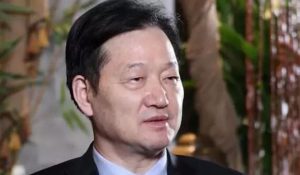 Today, self-made billionaire Qin Yinglin is the richest farmer in the world with a $22 billion personal fortune. His Chinese pork business has boomed in the past year owing to shortages and very high prices during the 2019 African swine flu epidemic and the subsequent COVID-19 outbreak. He started his career in the year 1992 alongside his wife Qian Ying. They started their first pig farm in 1992 in a small shed which held just 22 piglets. By the year 2019 they had more than 10 million pigs contained in their Shenzhen-listed company “Muyuan Foods”. As the most popular protein in the country of China, pork is in very high demand and sometimes losses in supply from restrictions can make prices to accelerate rapidly. Following the outbreak of swine flu in 2019, China’s pigs were wiped out without control and the price for pigs was driven up by 160%. This led Muyuan Foods share prices to soar up to 200% and by June 2019. Qin Yinglin’s wealth had doubled to a massive $22 billion.

The strength of the Muyuan Foodstuff company is credited to its ability to maintain ownership of a high percentage of its farms ensuring better control of hygiene and standard biosecurity thus warding off diseases. When China went into lockdown in February 2019, the supply of pork was limited, further boosting Muyuan Foodstuff stock by 80% between February 3 and April 28 that year. This was highly profitable to Qin Yinglin as his fortune quickly increased by $6 billion. Today, several analysis maintain that restocking of China’s pork supply could possibly lead to a decline in the personal wealth of Qin Yinglin, which has seen improvement recently by overpricing in the industry. As per the time of this writing, prices of pork in china and around the world are now falling as the coronavirus lockdown is lifted and the swine flu outbreak stabilises, and the market is projected to continue to normalize.

Earlier on in 2019, Qin Yinglin, in an interview, told the media that the COVID-19 pandemic was a mixed blessing to farmers. He revealed that the epidemic will force farmers and weaker companies to completely withdraw but it was a big opportunity for profit maximization and development for the stronger businesses. There is no doubt that the 2019 to 2020 African Swine flu and coronavirus crisis were indeed profitable to Qin even though many jobs and lives were lost around the world owing to the pandemic. His wealth doubled in those trying time and he emerged as the richest farmer on the planet.

Chinese businessman Qin Yinglin is a pig breeder who is presently considered the richest farmer on the planet. He is perhaps most popular for being the founder and chairman of Muyuan Foodstuff. With Qin yinglin net worth pegged at $22.1 billion as of the time of this publication, he is listed among the richest people in the world. At various times he has been ranked as one of the 30 wealthiest individuals on the planet. While there’s nothing on paper about his salary or how much he makes from his pig business, Qin Yinglin who alongside his wife Quian Ying started their business in 1992 with a total of 22 pigs, has made his massive fortune  by being the largest pig breeder in the whole of China. The country is the biggest pork consumer in the world, so it is easy to see why his business has thrived so well in recent years especially with assistance from world crisis – the African swine flu which  continued with the COVID-19 pandemic – that caused the company to raise pork prices following a global shortage from 2019 to 2020.