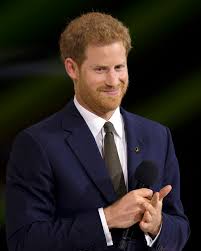 This article is about the popular member of the British royal family, Prince Harry, Duke of Sussex. Prince Harry is of royal blood and he is known to be the sixth in the line of succession to the British crown. Prince Harry served actively in the British army from 2005 to 2015. By virtue of this, he fought in the War in Afghanistan and this has earned him the Operational Service Medal for Afghanistan. In the rest of this article, we will be sharing more interesting details about Prince Harry, which you may probably not have known about. You would get to know about Prince Harry net worth, royal background, career in the military, personal life and marriage to Meghan Markle, in 2018. Currently, Prince Harry is 35 years old, and his physical statistics are: height -1.86m, and weight –86 kg.

Prince Harry’s full birth name is Henry Charles Albert David. He was given birth to on the 15th of September, 1984 in Paddington, London, United Kingdom. He is the second child of his parents Charles, Prince of Wales and Diana, Princess of Wales. Prince Harry’s father is the heir apparent to Queen Elizabeth II.

At an early age, Prince Harry was already following his parents on official visits; he travelled with his parents to Italy in 1985. This was his first overseas tour. However, Prince Harry’s parents got divorced in 1996. Not so long after, he lost his mother to a car accident in Paris. The news of his mother’s death greatly devastated young Prince Harry who was then only 12 years old.

Regarding Prince Harry’s education, he attended independent schools, just like his father and older brother did. He received his first formal education at the London’s Jane Mynors’ nursery school, and went to Wetherby School for pre-preparatory. Thereafter, he continued his education at Ludgrove School in Berkshire. For his advanced education, he was enrolled at Eton College and graduated with 2 A-Levels. After completing his schooling, Prince Harry took a break to work in Australia on a cattle station.

Prince Harry’s journey to his career in the military began when he joined the Royal Military Academy Sandhurst on the 8th of May, 2005. Having reached a two-year seniority, Prince Harry was promoted to the rank of lieutenant on the 13th of April, 2008.

After spending a decade in military service, Kensington Palace announced that Prince Harry would be leaving the armed forces in June 2015. However, he was given the opportunity to work with the Ministry of Defence in the Ministry’s Recovery Capability Programme. On the 19th of June, 2015, Prince Harry completely resigned from his short service commission. Nonetheless, he has since been in close touch with the activities of the armed forces and he succeeded his grandfather, Prince Philip, as the Captain General of the Royal Marines on the 19th of December, 2017.

Prince Harry began to date Meghan Markle in 2016. On the 27th of November, 2017, the lovebirds were announced to be getting engaged. And on the 19th of May 2018, the couple tied the marital knots at St George’s Chapel, Windsor Castle. On the 6th of May, 2019, Prince Harry and Meghan Markle gave birth to their first child, Archie Mountbatten-Windsor. Archie is now the seventh in line to the British crown.

Furthermore, the German charity EinHerzfür Kinder (“A Heart for Children”) awarded him the Golden Heart Award in December of 2010. The Royal Canadian Legion has also awarded Prince Harry the 2018 Founders Award in August 2018.

Prince Harry net worth is estimated to be $40million. A large part of this fortune comes from the investments his late mother willed to him. The investments are reportedly worth $15 million. According to Forbes, Prince Harry began to receive dividends of $450,000 per year when he turned 25. Furthermore, being a member of the royal family is also considered to be another primary source of wealth. Prince Harry receives an annual pay of millions of dollars per year from the United Kingdom Government. Moreover, Prince Harry earns income from conventional investments such as equities and debt instruments.

Prince Harry’s royalty entitles him to several luxuries. Prince Harry currently lives in the popular Clarence House in London. Also, he travels all over the world in an official jet. Concerning his personal autos, Prince Harry is a lover of bikes and his vehicles are dominantly bikes. He owns a matte black Ducati 848 bike, an Honda crf 230, and an Harley-Davidson Softail Classic bike.

It has also been reported that Prince Harry net worth comprises the sum of £14 million that was left for him and his brother by their great-grandmother Queen Elizabeth Bowes-Lyon as at the time of her death.

It is important to also elaborate that Prince Harry net worth also has inputs from his salary during his military career. Forbes has reported that Prince Harry earned about $50,000 to $53,000 when he served as a helicopter pilot in the British Army Air Force.

This is all you need to know about Prince Harry net worth, biography, military career, royal background and personal life and marriage.