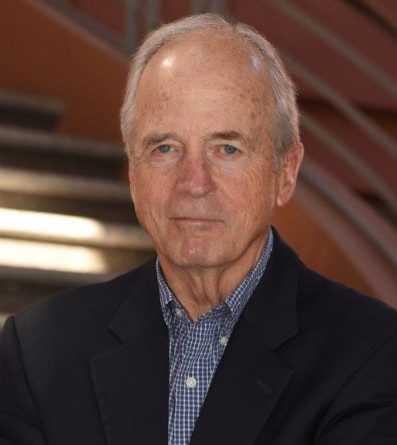 Peter Ueberroth is an American sports and business executive popular for his involvement in the Major League Baseball (MLB) and in the Olympics. The Los Angeles-based businessman was the chairman of the L.A. Organizing Committee that brought the Olympic games to Los Angeles in the year 1984. After the conclusion of the tournament, he was named sixth Commissioner of Baseball, a position he held for five years from 1984 to 1989. From 2004 to 2008, he served as the United States Olympic Committee chairman. Peter Ueberroth net worth is estimated at $300 million.

Peter Victor Ueberroth was born to Victor and Laura Ueberroth on 2 September 1937, in Evanston, Illinois, United States. He was raised in northern California. His mother was of Irish and Swedish ancestry, and his father was of Austrian and German descent. He caddied in Northfield, Illinois, at Sunset Ridge Country Club. While a student of Fremont High School, Ueberroth performed well in several sport activities, including swimming, baseball, and football. He attended San Jose State University after leaving high school on an athletic scholarship, and joined Delta Upsilon while attending San Jose State.

In 1956, he competed in the trials of the United States Olympic water polo but failed to qualify for the team. Three years later, Ueberroth ultimately graduated from San Jose State University with a degree in business.

After college, 22 years old Ueberroth became a shareholder and vice president in Trans International Airlines. He worked at the company until he founded his own travel company in 1963. His travel company would be known as First Travel Corporation. By the time his company, First Travel Corporation was sold in 1980, it was the second biggest travel business in the entire North America.

Peter Ueberroth is probably best known for his time as the chairman of the United States Olympic Committee, and also as serving as the sixth Commissioner of the Major League Baseball. He is also a co-owner of the Pebble Beach Golf Course. His career began as a 22-year-old shareholder and vice president of Trans International Airlines. He worked at the company until he founded his own travel company in 1963. His travel company would be known as First Travel Corporation, which he later sold off in 1980. In 1984 he became the organizer of the year’s Summer Olympics and received the Olympic Order in gold as well as was named the “Man of the Year” by Time Magazine. As baseball Commissioner he settled many disputes with Major League Umpires Association and the team players. In his first year as Baseball Commissioner he broadened the League Championship Series to best of seven from best of five and devised a means of getting big organizations to sponsor the Major League Baseball by having baseball players endorse brands and products.

Under his governance, the Major League Baseball enjoyed a significantly improved financial image for the industry, significant improvement in the area of fair employment, a successful anti-drug campaign, greater awareness of crowd control, alcohol management within ballparks, and increased attendance records. At the time he took office, 21 of the 26 clubs in the league were losing money. In his last full season – 1988 – all the clubs either broke even or finished in the black. For example, in 1987, the baseball industry showed a net profit of $21.3 million. It was its first profitable year since 1973. Nonetheless, after the announcement of one of three large awards to players following the collusion findings, Ueberroth resigned as commissioner of the Major League Baseball before the start of the regular season in 1989, though his contract was to have run till the end of the season. His successor was the president of the National League A. Bartlett Giamatti.

Ueberroth stepped down as commissioner in 1989 following findings that he led a secret agreement between the owners which prevented players from becoming free agents. Although during his time as commissioner there were many important improvements in the Major Baseball League.

After leaving baseball, Ueberroth and a handful of other partners including Arnold Palmer and Clint Eastwood paid $820 million to purchase the Pebble Beach golf course for $820 million. Each of the three, Ueberroth, Palmer and Eastwood Palmer chipped in about $20 million to the purchase. They were able to raise most of the remaining funds from investors such as the General Electric Pension Fund and several other private investors who put in Around $2 – $10 million for stakes. Those stakes have tripled in value, conservatively.

Peter Ueberroth also ran for Governor of California in 2003 but pulled out of the race along the line. He has held other notable positions, including Life Trustee of the University of California, chairman of the United States Olympic Committee Board of Directors, chairman of Ambassadors International, co-chairman of the Pebble Beach Company, director of Hilton Hotels, chairman of the Contrarian Group, director of Adecco S.A., and director of the Coca-Cola Company. Furthermore, he additionally served on Sage Hill school’s Athletic Advisory Council for a brief period. He is a member of the Lott IMPACT Trophy Board, which is named after Ronnie Lott, a Professional Football Hall of Fame defensive back, and is awarded every year to Defensive IMPACT Player of the year of College football.

Peter Ueberroth and his wife, Ginny Ueberroth, are the establishers of the Sage Hill School founders. In 2006, their son Joseph Ueberroth took over the role of director of Ambassadors International.

Probably best known for his time as the chairman of the United States Olympic Committee, and also as serving as the sixth Commissioner of the Major League Baseball, Peter Ueberroth net worth stems from his businesses and numerous official positions held. He is also a co-owner of the Pebble Beach Golf Course which was purchased for a little over $800 dollars. During his time in the Major League Baseball as commissioner, he earned an annual salary of $450,000, which is twice the amount received by his predecessor.

Peter Ueberroth net worth is estimated at $300 million.