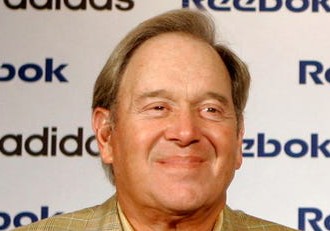 Paul Fireman is an American businessman and philanthropist who served as Chairman and Chief Executive Officer of Reebok International Limited for 26 years and led the company to become one of the biggest athletic shoe companies worldwide. Beyond financial success, Paul is also renowned for being a business visionary and a defender for human rights. He challenged corporate America to become socially responsible the more, and demonstrated that all conglomerates could succeed financially, while concurrently serving the public good. In 2005, he sold the Reebok Company to Adidas, but his business ventures and lifestyle continue to reflect his compassion in serving people and communities all over the country today. Paul Fireman net worth is approximately hundreds of millions today, and his wealth has been attributed to his involvement of both skill and hardwork to accomplish his goals as an ambitious businessman. Here’s his biography, career highlights, and the story of his tremendous success.

Fireman was born on 14 February 1944 in Cambridge, Massachusetts, United States, to a Jewish family. He was raised in the city of Brockton in Massachusetts. He grew up with an avid love for golf and when he was 10 years old, he caddied at the Thorny Lea Golf Club in his hometown. He viewed the sport as “a way of life, a code of conduct, and a great character builder.”

Paul attended Tabor Academy, a private high school in Marion, Massachusetts. He then matriculated to Boston University; however, he did not graduate. 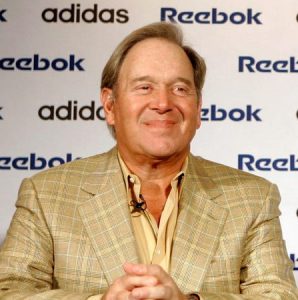 When he was 18, Paul Fireman began working in Boston Camping, a business owned by his family, which dealt with selling fishing tackle and outdoor sporting goods. He worked in this business for fifteen long years. After starting in the warehouse, he worked his way up through the venture and finally began to run it along with his brother. As the family business gradually fell, Fireman sought new opportunities.

In 1979 while attending a sporting wares show in Chicago, Fireman met Joe Foster who owned an English running shoe company, Reebok that was founded in 1895. Fireman acquired the North American marketing rights to Reebok in 1979 and ultimately bought the English-based mother company outright in 1984. Reebok capitalized on the rising popularity of aerobics in California State and introduced the first aerobic shoe in the world, designed particularly for women in 1982 called Freestyle. Riding the success of the Freestyle aerobic shoe as the aerobics fashion swept across America, Paul Fireman grew his business and Reebok issued an IPO in 1985. The following year, Reebok surpassed Nike as the leading manufacturer of athletic shoes in America in terms of sales, second only to Adidas worldwide.

Starting in 1986, the Reebok company acquired a number of other companies to create a multinational corporation, including Ellesse, an Italian company popular for its expensive athletic shoes and clothing; Rockport, a company renowned for its sporting and casual shoes; John A. Frye, the prominent and stylish boot maker; and Avia, a rival athletic shoemaker. Reebok also acquired Boston Whaler and The Hockey Company (CCM).  Starting in 2000, the Reebok Company signed multiyear, exclusive licensing contracts with the National Football League (NFL), National Basketball Association (NBA), and National Hockey League (NHL).

During his tenure at Reebok, Paul Fireman challenged corporate America to become socially responsible the more, and demonstrated that all conglomerates could succeed financially, while concurrently serving the public good. He worked meticulously to improve human rights all over the world. In 1986, his company, Reebok, became one of the first ventures to pull out of South Africa due of the country’s practice of apartheid and 2 years afterwards, Reebok funded the ‘Amnesty International Human Rights Now’ tour.

Paul Fireman later established the yearly Reebok Human Rights Awards in 1988 in recognition of activists under 30 years of age who expose and reduce human rights atrocities. In 2005, he sold Reebok to Adidas. He currently serves as the Chairman of Fireman Capital Partners, a consumer-focused private equity firm based in Boston, founded in 2008 with his son Dan, the Managing Partner of the firm.

Fireman and his wife Phyllis grew up in Brockton, Massachusetts and met as 12-year olds at a YMHA mixer. Paul states they fell in love at first sight. They tied the knot in May 1964 and now have 3 children and 9 grandchildren.

Paul and his wife are competitive bridge players. In 2014, his side won the Roth Open Swiss Teams at Summer North American Bridge Championship (NABC) in Las Vegas, and then captured the bronze medal representing the United States in Chennai, India at the 2015 World Bridge Championships.

In 1985, the Paul and Phyllis Fireman Charity Foundation was established for humanitarian works. Since the inception of the foundation, it has distributed more than $165 million to charitable associations with a focus mainly on improving the communities of Massachusetts and New Jersey. Addressing homelessness has been a key initiative of the foundation. One Family Inc. was also established to prevent family homelessness through education, advocacy, and innovation.

This American businessman is best known for owning Reebok. He acquired sales rights to the Shoe Company in 1979 and bought out the British-based parent company in 1984, and went on to transform the business to a multinational empire. He acquired several other smaller companies and signed lucrative deals with several organizations which led to a huge boost in his fortunes. After selling off the Reebok Company to Adidas for $3.8 billion, he made $800 million off the deal. His next move was to establish the investment firm Fireman Capital partners in 2009. In 1992 he paid $9 million at auction to acquire the Willowbend Golf Club, and then went on to open various golf clubs. In 2006, he opened the $250 million Liberty National Golf Club. Four years afterwards, he listed his Winecup-Gamble Ranch for the sum of $50 million.

As it stands, Paul Fireman net worth is slightly over $1 billion. He has made significant campaign donations including $250 thousand for Mitt Romney’s 2012 campaign, and $1 million to Chris Christie’s Presidential campaign in 2016. He has listed his extravagant Boston mansion for $90 million.