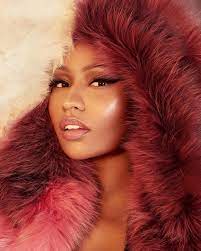 Onika Tanya Maraj, who we all know as Nicki Minaj is an American singer, songwriter and widely acknowledged as a rapper. She is also an actress and model. The multi-talented Nicki is well known for her gorgeous wardrobe and her exclusive pinkie love. Nicki Minaj currently resides in Beverly Hills, California, U.S. This article is about Nicki Minaj net worth, biography, career and other important facts.

She was born on the 8th of December, 1982 in Saint James, Port of Spain, Trinidad, and Tobago. However, she was raised in Queens, New York City and began to receive public recognition with the release of several mixtapes such as Sucka free (2008), Playtime is Over (2007) and Beam Me up Scotty (2009).

Her father is Robert Maraj who is a financial executive and part-time gospel singer of the Dougla descent. Her mother is Carol Maraj, who is a widely acknowledged gospel singer and works in payroll and accounting.

As a small child, Nicki Minaj witnessed tragedy when her father became addicted to alcohol, drugs and was known for his violent temper. He ended up burning their home down in December 1987. She has two siblings and they at one point moved to live with her grandmother in Saint James. Her mother, on the other hand, had to leave and attend the Monroe College in Bronx, New York City. Later, on, she brought her family to the Queens when Nicki Minaj became five.

With the move, Nicki Minaj got into the LaGuardia High School in Manhattan where she majored in visual and performing arts. Upon graduation, she became an actress and was cast in the play “ In case You Forget” which was an Off-Broadway play released in 2001. She became a waitress at age 19 while struggling with her acting career but lost more than 15 jobs due to her discourtesy to customers.

In 2004, She briefly signed with Brooklyn group “ Full Force” where she rapped in the quartet called the HoodStars. The group later released an entrance song for the WWE DIVA Victoria which was titled “Don’t Mess With” and this song was later featured on the album  ThemeAddict: WWE, The Music Volume 6. Nicki however, left the group and began uploading her songs on her Myspace profile as well as sending her songs across to people in the industry.  During this time, She was taken under the umbrella of Debra Antney.

In 2007, she was signed into the Dirty Money Entertainment by Fendi, CEO of the Brooklyn label. Her original name at this time was “ Nicki Maraj” but was flipped by Fendi to “ Nicki Minaj.”

It was at this time that she released her famous trio mixtapes. And as a result, she received an award for Female Artist of the Year by the 2008 Underground Music Awards.  Her first studio album was released alongside her signing up with the Young Money Entertainment in 2009.  She joined this album when she was discovered by a fellow rapper, Lil Wayne.

This album peaked at the number 1 spot of the U.S billboard 200 and received a triple platinum certification by the Recording Industry Association of America (RIAA).  Her debut film was the animated film production,  Ice Age: Continental Drift, released in 2012. Her sophomore album was also released in 2012, the Pink Friday, Roman Reloaded which also peaked at the number one spot in several countries across the World.

By 2013, she became one of the judges at the twelfth season of the Americal Idol. Her third album was also released in 2014, and was titled “PinkPrint.” She has also acted in films such as “ The Barbershop; The Next Cut” and “ The Other Woman.”

Nicki Minaj is widely known for her colorful costumes and exotic rap style. Her rapping is unique and primarily described as having a tint of a British cockney. Nicki Minaj is widely acknowledged as the first female artist to herald the MTV’s annual Hottest MC List. Her first, Grammy nomination was received when she sang a guest verse on Ludacris song “ My Chick Bad.”

In 2018, she officially stepped on the 2018 Met Gala, with her fourth album tilted Queen, which indeed she is, because, at the moment, she is widely regarded as the Queen of Rap and considered the most influential female rap artist.

She says her musical influences are Jay-Z and Foxy Brown. Her speed and the use of accents within her rap is the single powerful element that distinguished her. She says she never wanted to be seen as a New York artist and so set out to make her rap utterly distinctive.

Her attire is one of a kind and has been described as “risk-taking,” “far-out,” “bold=satirical,” “colorful,” and even “crazy.” She is considered the modern definition of a sex symbol and quite notably known for her buttocks which have attracted enormous media attention.

She is widely known for her heart of Gold as she has announced different charities geared towards paying the college tuition fees on many occasions. Nicki Minaj also has launched charities geared at providing student loans for struggling students as well as making several donations to events such as Hurricane Sandy. She has also made donations to a village in India, and her donations led to the development of two water facilities, a reading program, tailoring institute and computer center in that village.

She has received many endorsements and affiliations with different manufacturing companies across the world. Her 2010 endorsement was to a lipstick “ Pink 4 Friday” which was also used to promote her album “ Pink Friday.” She has also helped with the introduction of Casio TRYX in the Times square which led to the creation of a six-piece nail polish collection for the OPI products. Each color of the collection was named after some of her songs. She has also sold Minaj themed Barbie dolls and helped with the launching of the Nokia Lumia 900 in 2012.

She has also been endorsed by Pepsi, Adidas, Viva Glam and Myx Fusion for several advertisement deals. Bluewater Comics, Beats Electronic and Home shopping network has also at one point had deals with her.

She is the only woman who has graced the Forbes Hip-Hop Cash Kings, and she has appeared on this list four times, first at the base in 2011, then the 8th position in 2012, 4th position in 2013 and then in 2014. Nicki Minaj, early on in her career said she was bisexual but later changed this statement, that she indeed liked girls, but she was not dating them.  In 2014, she broke up with her longtime boyfriend (since 2000) Safaree Samuels.

In 2015, she began dating the rapper Meek Mill, but their relationship ended after two years in July 2017.

Nicki Minaj got married to Kenneth Petty in 2019 and in October 2020 welcomed her first child.

Nicki Minaj is estimated to have a net worth of $75 million. 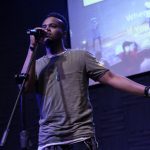 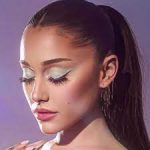