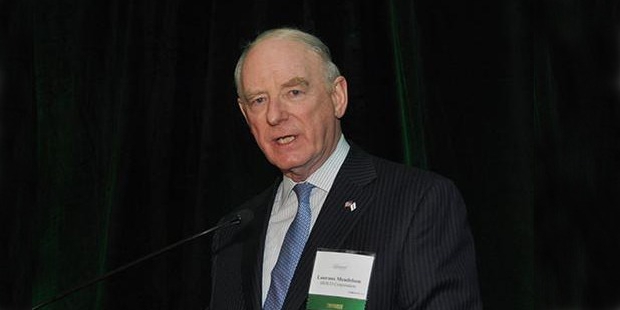 Nick Caporella is the Chief Executive Officer and Chairman of the popular soft drink-producer National Beverage Corp headquartered in South Florida, the United States, and is estimated to receive a compensation of $6.46 million annually. Nick has been with the National Beverage Corp since it was established in 1985 and he has held these positions since that time.

His life hasn’t been the smoothest of rides but we can give him credit for the reputation and success he has built in his life. When he was in high school, Nick’s father, an Italian immigrant, took construction employment in Florida, and the whole family moved into servants’ quarters at the back of a private house in West Palm Beach. Eventually, his parents worked hard enough and saved enough money to buy a home, but when they needed a mortgage for the second time, Nick assumed responsibility for it by doing various odd jobs in order to help his struggling family. At 22, he was working for a dollar an hour as a crane oiler in southern Florida. He met a man who was selling an excavating machine worth $9,000 used in the preparation of construction sites, and Nick persuaded the owner to let him have it for a $250 down payment, which was his entire savings. Nick eventually started his own construction company, operating his dragline all day for two years. When a long rainy season threatened to render his company bankrupt, Nick landed a contract in Puerto Rico and he moved his family there, and paid more attention to his construction business which thrived and enabled him to purchase a second business, a sand and gravel company. At 30, Nick sold his Puerto Rican businesses for millions of dollars and ventured into the lucrative beverage business which eventually put him on the map as well as increased his fortunes tremendously. More details about the life and carreer path of Nick Caporella can be obtained within.

The son of Italian immigrants, Nick A. Caporella was born in 1937 in Connellsville, Pennsylvania, a rural mining community. His father was a coal miner and worked long days to support the family. His mother, on the other hand, helped by running a sandwich shop and dairy bar. By the age of 11, Nick worked at several odd jobs such as running a hauling service for farmers, operating a bicycle reconditioning business, and collecting scrap metal to sell to junkyards.

Mr. Nick Caporella is best known to be the Chief Executive Officer and Chairman of the popular soft drink-producer National Beverage Corp. He himself started The National Beverage Corp in 1985, and he began the business as a measure to discourage acquisition efforts of Victor Posner of Burnup & Sims Inc., a cable & telecommunications systems installer company, through stick trading. As he now had an additional company he purchased from the Sara Lee Corporation named Shasta Beverages in the same year for about forty million dollars to give business to National Beverage Corp.

Since January 1992 Nick has been rendering his services through the management company Corporate Management Advisors (CMA), Inc. which he owns as well. For eighteen years starting from 1976 until 1994 Nick occupied the seats of Chief Executive Officer and President at Burnup & Sims Inc. He also served as the chairman of the Board of the same company from 1979 to 1994.

Mr. Nick Caporella is heavily involved in philanthropy through engaging in various social projects. One of the main ones is his active involvement in the research projects that focuses on advancing the cure for pediatric (children’s) cancer.

At this moment, he serves on the St. Jude Children’s Hospital’s Professional Advisory Board.

Nick’s career spans more than fifty long years and he has led several businesses from important and strategic positions of power. He has had essential responsibilities as president, chairman, and chief executive officer in various successful business ventures in both the public and private sectors. For his works and contributions, Nick has received numerous awards and recognition for his successful business endeavors.

We cannot forget to include that he has been inducted into the Institute of American Entrepreneurs and has also received the Horatio Alger Award for his remarkable business acumen and entrepreneurial achievements.

Best known to be an American businessman and investor, Nick Caporella’s net worth of $4 billion has been accumulated from the profits he earns from his multiple business endeavors. He is the founder, chairman, and chief executive officer of the soft drink producer National Beverage Company, and this is the major investment that enables him to assemble such a huge amount of wealth which he currently enjoys. He worked as a contractor in the construction industry and made his first fortune which enabled him to form the beverage company in 1985. Furthermore, he also previously worked with Burnup & Sims, a telecom and cable company as its chief executive officer.

The son of a Pennsylvania coal miner, Nick’s story has changed from what it was in the earliest stages of his life. He now controls roughly 73 percent of National Beverage’s outstanding shares. He is famed for having never sold a single share since the establishment of his company. At various times in recent years, his wealth has fluctuated to as high as $5.5 billion from as low as $1.5 billion. Some of the products marketed by his National Beverage Corp. include LaCroix, Shasta, and Faygo. The company is one of the top five biggest soft drink companies in the US.