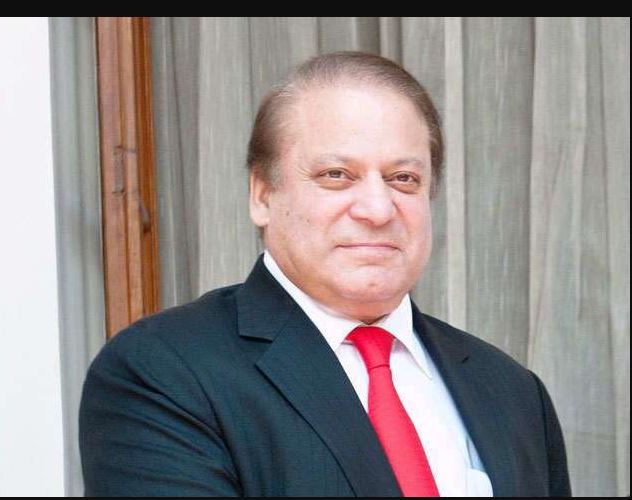 He was born in Lahore in December 25th,1949, Mian Muhammad Nawaz Sharif is a Pakistani businessman. He was the longest-serving prime minister of Pakistan for three non-consecutive terms (1990-1993, 1996-1998, and 2013-2018). The history of Pakistan as a nation can not be written without referring to this powerful man.

His ancestry can be traced back to Anantnag and Pulwama where both his parents grew up in before moving to Lahore where they had him.

As a child, Sharif first attended Saint Anthony’s high school. He later studied business at government college and law at the law college of the University of Punjab, Pakistan.

Following the footsteps of his father, he joined his family’s business Ittefaq group, a steel production company, and Sharif group industrial conglomerate with interests in sugar, transportation, and textiles.

As cliché as this may sound, Sharif went into politics to change the things that were happening around him then. At that time, former prime minister Zulfikar Ali Bhutto made new policies that nationalized several industries including the Sharif’s family steel business. And this costs them a lot of loss.

So in 1976, he joined the Pakistan Muslim League (PML) and then became the finance minister in 1980. A year later, he joined the Punjab advisory council under Ghulam Jilani Khan, a former director-general of the inter-services intelligence (ISI).

Sharif has had his share of oppositions, one of which was when his friend Ghulam Jilani Khan nominated him in 1985 as chief minister of Punjab, against the wishes of prime minister Muhammad Khan Junejo. But with the support of the army, Sharif won the 1985 elections which earned him the nickname “Lion of the Punjab”.

After the government of Zulfikar Bhutto, his first tenure as the 12th prime minister of Pakistan was on November 1st, 1990. His government worked intensely on privatizing industries, encouraging economic liberalization and expansion of infrastructure to benefit the people.

Cooperative societies back then was a good way of saving money and receiving juicy interests due to the loans granted to members on request. But it’s mismanagement in 1992 affected up to 700,00 people in Punjab and Kashmir who lost their lives savings and at that same time. It was also discovered that billions of rupees were granted to Sharif’s steel mill, the Ittefaq group of industries. This quickly became a scandal that tarnished Sharif’s image even after the loan was quickly paid back.

A popular proverb says: “never bite the finger that feeds you”. Sharif had a serious power clash with his friend Ghulam Khan who supported him to victory in his first election. This led to his resignation under the agreement that also removed president khan from power.

Sharif’s second term as the prime minister lasted for just two years (1997-1999). This is as a result of so many political issues that led to his exile. After he resigned from the office of the prime minister in his first tenure, Bunazir Bhutto took over and led the country. And then in 1994, Sharif joined forces with Murtaza Bhutto brother to Bunazir. They accused the government of corruption and slow economic development. They used these grounds to train march and carry out strikes throughout Pakistan. The death of Murtaza Bhutto in 1996 led to Bunazir’s outstation in the same year.

Sharif took over again, but the country’s economy was already in crisis due to Bunazir’s corrupted government. Which, then led to him withholding the spaceship travels for that year, and eventually, he tried his best and brought about a lot of policy reformations that benefited the country. He signed economic agreements with North Korea, Belgium, Italy, and many more.

In 1998, he conducted the first nuclear weapon tests in response to tests by India, so that his government wouldn’t be seen as weak. And then he also froze the country’s foreign currency reserves hence worsening the economic conditions of the people. This made his people begin to doubt him and by 1999 most of his policies were no longer favoured by the military.

Fearing a coup d’état, Sharif ordered the arrest of General Pervez Musharraf whom he had previously promoted to replace Karamat as the chief of army staff. But this plan backfired as he was eventually ousted and Musharraf took over.

He was later tried by the military, convicted and given a life sentence. He was also fined and sentenced to fourteen years imprisonment on the grounds of tax evasion. All of this was later dismissed as a result of the pressure exerted by his friend king Fahd of Saudi Arabia and president Bill Clinton. He was later sent on a ten years exile. He also forfeited property worth us$8.3 million,  paid a fine of us$500,000, and agreed not to take part in politics in Pakistan for 21 years.

Sharif relocated to Saudi Arabia where he lived and focused on his steel mill business.

He was removed from office by the supreme court of Pakistan removed Sharif from the office regarding revelations from the Panama papers case. They later disqualified him from holding any public office in 2018 and sentenced to ten years in prison

April 1971 he married his wife begum Kalsoom Nawaz, a native of Kashmiri and since been blessed with four children; Maryam, Hussain, Hassan, and Asma. He lost his wife two years ago to cancer disease in London. Both of his daughters are married and are actively involved in politics one way or the other. Sharif’s daughter Maryam Nawaz, also participates in politics and is married to a politician by name Muhammad Safdar Awan. Her sister Asma Nawaz, is married to Ali Dar, son of Ishaq Dar, the current finance minister of Pakistan. On the other hand, both of his sons are businessmen. His elder son, Hussain Nawaz, is based in Saudi Arabia and currently resides in the Jeddah house, while his younger son, Hassan Nawaz, lives in London.

The personal residence of the Sharif’s family, Raiwind Palace, is located on the outskirts of Lahore in Jati Umra. He also has a residence in Jeddah, Saudi Arabia, known as the Sharif villa, where he lived during his years in exile. He has so many cars, but he tends to favour BMW saloon, bullet proved jeeps, and Mercedes-Benz. After his last tenure and sentence by the court, more than a hundred cars and private jets under his name we’re sold.

Nawaz Sharif is one of the wealthiest men in Pakistan and has an estimated net worth of $2 billion. His wealth cannot be entirely accounted for, because of his investments in other countries.