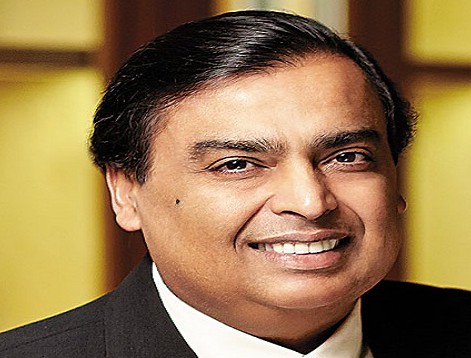 Mukesh Ambani is an Indian businessman and one of the richest people in his country and the world at large. The business tycoon is the chairman of ‘Reliance Industries Limited’ (RIL) and is considered one of the world’s most powerful personalities. His successful run as a businessman can be evaluated from the undeniable fact that his company is currently the most valued India in terms of market value. After completing his education, he joined his father in establishing a textile industry. His hardwork and dedication to the last level provided him with all that was needed to expand his business to different sectors including telecommunications, retail, and petrochemicals. Upon the death of his father, he and Anil Ambani his brother parted ways and their company was divided. His sharp sense of business has made him an icon in India, and he has created great wealth not just for himself but for his whole family and many of those that have worked with him. Mukesh Ambani net worth has continued to increase since he graduated and faced his career in the business sector. Today, he is a legend in the business community of India and continues to inspire millions of people around the world.

Mukesh Dhirubhai Ambani is the eldest son of Dhirubhai and Kokilaben Ambani, and elder brother of Anil Ambani, Dipti Salgaonkar and Nina Kothari. He was born in Aden, Yemen, on 19 April 1957, and attended High Grange High School, Mumbai where he completed his secondary education. He joined IIT afterwards, but left soon after getting selected for a prestigious chemical engineering course in the Institute of Chemical Engineering in Mumbai. After completing his chemical engineering studies, he moved to Standford University in pursuit of an MBA but later abandoned his studies to join his father in building the Reliance Company. 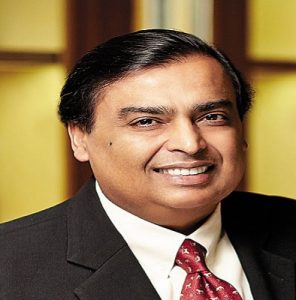 While studying for chemical engineering at the institute of chemical engineering in Mumbai, Mukesh helped his father with his business, particularly on weekends where he would work long hours at his father’s office. After completing his studies, he applied for several entrance exams and was selected to attend three prestigious business schools. He chose to go to Stanford University in the United States. While he was pursuing his Masters in the United States, his father’s company acquired license to manufacture polyester. Though Mukesh would have liked to complete his studies before anything else, his father wanted him to return to the country and start work in their company immediately. Respecting the wishes of his father, Mukesh left his studies in the United States midway and returned to India to work in his father’s Reliance Textiles Limited. Since then, there has been no turning back for Mukesh who took the company on his shoulders and made it what it is today.

In the year 1985, the company was renamed from Reliance Textiles to Reliance Industries Ltd. Combining the management skills he learned from Stanford and his knowledge of chemical engineering, Mukesh drove the company towards higher success. Around this same time, his father suffered a stroke which made it impossible for him to continuing work for a while. Early in the 1990’s, Reliance Industries Limited expanded its business from textiles to petrochemicals, and Reliance Petroleum was launched. The company soon ventured into telecommunications and started Reliance Telecom. In 2006 it expanded yet again into the retail sector with the Reliance Retail. And now, Mukesh Ambani has led a subsidiary of Reliance Industries Limited into the market of smartphones.

Mukesh Ambani and his wife Nita Ambani are the parents of three children, a daughter and two sons. They live in Mumbai in the world-popular Antilia Building, which is recognized for being the most expensive private residential property in the world.

The business tycoon has held the position of the richest person in his country for the last ten consecutive years. Although he pulls in a salary of about $2 million every year as the chairman of Reliance Industries Limited, a huge portion of his wealth has come from his share in the equity of the company, which is nearly 44%. His residence is recognized for being the most expensive private residential property in the world, and is said to have a market value of around $1 billion.

Forbes considers Ambani one of the most powerful men in the world. He inherited his father’s leadership skills and applied his own unique management skills to the family business, and has led the Reliance Empire to a massive expansion in the last two or three decades.

Mukesh Ambani net worth is $76 billion. There’s no argument concerning if the figures will change because looking at the statistics and number of businesses controlled by this particular man, you will see that it certainly will. Soon.