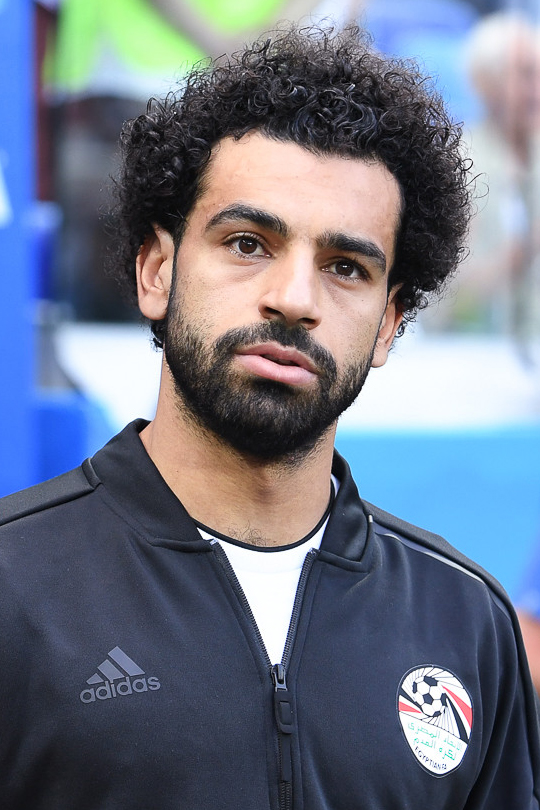 Mohammed Salah is one of the best footballers at the moment who has scored phenomenal goals in his first season at Liverpool FC. As a result of his prolific form , he has earned for himself the nickname of Egyptian Messi. This article is about Mohammed Salah biography, career, family, net worth and more.

Mohammed Salah Ghaly is an Egyptian professional footballer who was born on the 15th of June, 1992 in Nagri, Gharbia, Egypt to average Egyptian parents of Arabic ethnicity.

Growing up, Mo Salah as he is also called, was not really into education as he practically struggled with his academics even though his parents tried every means possible to balance his love for football and his academics, but to no avail, and he eventually dropped out of school.

Throughout his budding years he kept himself completely engrossed with the round leather game unperturbed by what his parent wished for him.

Mohammed Salah would sit at the television watching football, when he is not playing on the field because for him football was only just fun until he joined a local youth club called El Mokawloon in Cairo, Egypt which was too far from his home as he would take at least five buses to get him to his club but in all of these he was not discouraged, rather his passion for the round leather game kept him focused.

His focus and determination eventually paid off for him, as he was finally accepted into the Egyptian Senior National team in 2010 at the age of 18 years old and was often used as a substitute player but, however, as his skills improved, he started playing as a regular forward in the team.

Sadly, however, the Egyptian team experienced a massive shut down in 2012 which automatically hampered the faith of several Egyptian players but Mohammed Salah was not deterred at all, as he signed a four year contract with Basel, a club in Switzerland in 2012 and then made his first appearance at the UEFA Championship and the Europa League just the same year.

Going forward, Mo Salah has played for several notable club in Europe like Chelsea, Fiorentina, Roma, Liverpool and to cap it all, he became an integral part of the Egyptian national team of which his performance for his country has earned him a place in the CAF Team of the Tournament.

Mohammed Salah finished his career with Basel winning two titles to his name before he agreed to sign a contract with Chelsea in 2014, which made him the first Egyptian national player to sign for the English premier league club and then he made his debut with Chelsea playing as a substitute in the 3-0 win over Newcastle United in the premier on the 8th of February, 2014.

He was equally instrumental to the Blues winning the Premier league title in 2013-2014 seasons before he was practically loaned away to the Italian club, Fiorentina.

His loan deal from Chelsea to Fiorentina was a swoop for Juan Cuadrado to join Chelsea and then he scored his first goal for the club against Sassuolo but he could not agree on a permanent deal with Fiorentina and so he moved on to join Roma, another Italian club giant after scoring seven goals and four assist in 18 matches for 2014-2015 seasons.

His spell at Roma was a show of magnificent performance as he became Player of the season scoring 15 goals throughout the competition and this prompted his transfer to Liverpool, his current club on the 22nd of June, 2017 as he was signed for a reported fee of 42 million Euros.

Mohammed Salah had a phenomenal first year at Liverpool scoring a record 44 goals and also helping his club to the Champions League finals against Real Madrid. He has also help his club to a European Champion cup in 2019 and a premiership leaque title in 2020

He was also top scorer of FIFA World Cup Qualification.

Mo Salah got married to his girlfriend, Magi Salah in 2013 and they are both blessed with a daughter named, Makka Salah in 2014, and she was named after the city of Mecca.

Mohammed Salah certainly is one of the biggest and finest players to look out for in the seasons to come and as such his estimated net worth is in the range of $ 70 million dollars.